Staff member
I want to download the product or buy it on CD. Or has Adobe made all their software cloud-based and by subscription now? That would totally suck. 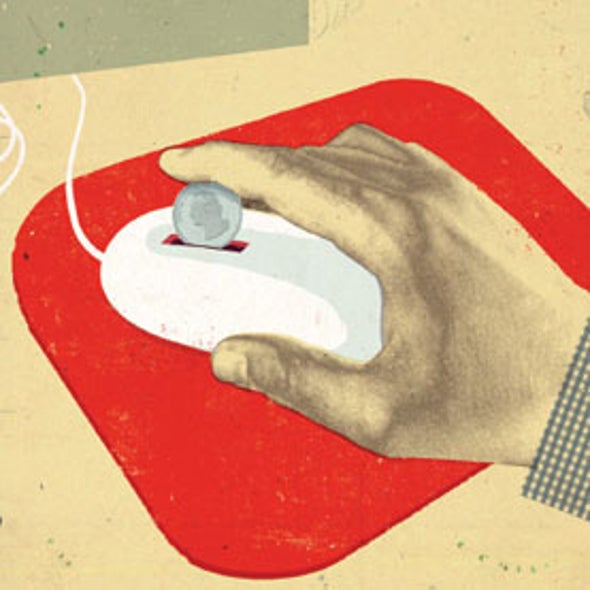 Credit: Richard Mia
You can't please all the people all the time, and nobody knows it better than tech companies. Any little change will infuriate some subset of your customers: change the layout, change how a feature works, change the system requirements. Even if the overall outcome is a step forward, a bit of customer disgruntlement is just a cost of doing business.

Apparently, however, it's also possible to enrage just about your entire customer base at once. That's what Adobe managed to do this spring when it announced that it would no longer sell Photoshop, Illustrator, InDesign and its other professional design programs. Instead this software is now available only for rent, for a perpetual monthly or yearly fee.

This idea—software as a subscription—is catching on. Earlier this year Microsoft began offering its Office suite (Word, Excel, PowerPoint) for a $100-a-year subscription, although you can still buy the programs the old way if you prefer. Big-corporation software, supplied by companies such as IBM and Oracle, has been subscription-only for years.
So what's behind the Photoshopper fury?

Adobe points out that the annual big-upgrade cycle—a relic of the olden days, when software had to be shipped on floppies or CDs—no longer benefits anyone. The rental program is supposed to offer steady incremental improvements all year long. Wouldn't you rather have new features available as they are written, rather than waiting for next year's new version? That's worth something, right?

But what about the money? Adobe software will cost more—sometimes. In bygone days, you could buy Photoshop for $600. Each year's upgrade cost $200, but you could skip upgrading for a while, and the old software would continue to work just fine. If you upgraded only once in five years, you'd have spent $800, compared with $1,200 for renting.

On the other hand, subscribing is a better deal for dabblers, those who can now rent Photoshop for $30 a month, starting and stopping as needed. And hard-core professionals who use all the Adobe Creative Suite programs come out way ahead with the rental program. They pay $50 a month for all of them.

So it's not necessarily the pricing that's stirring up emotions. No, the greater factor is something nobody's talking about: the shift from owning to renting.


There's nothing inherently wrong with monthly fees. We don't bat an eye when we write checks for cable TV, Internet, phone, gas, electric, magazines, mortgage, and so on. We don't even object to paying monthly fees for digital services. Netflix, after all, has some 36 million people cheerfully paying monthly. What's the difference?

We're happy to pay monthly when we can see what we're getting for it: TV shows or movies or heating or cooling or articles.

But paying a monthly fee for software doesn't feel the same. We download a program, and there it sits. Month after month we pay to use it, but we get nothing additional in return.

That's why the Adobe model isn't the same thing as those corporate programs from IBM and Oracle. They come with a fleet of consultants and trainers. You can see the service you're paying for.

Maybe Adobe plans to improve its programs so often, so steadily, that we'll come to view them as a service worth paying continuously for. But for now, they're asking us to pay for a single, unchanging hunk of code as though it's a continuously delivered amenity like cable TV or cell-phone service. We sense the breakdown of the tacitly understood model—we feel like we're paying something for nothing.

No wonder we're upset, both intellectually and emotionally. Adobe has the market share to do what it wants. But that doesn't mean it can't alienate all its users. We can only hope other companies will watch and learn. And keep their wares buyable.