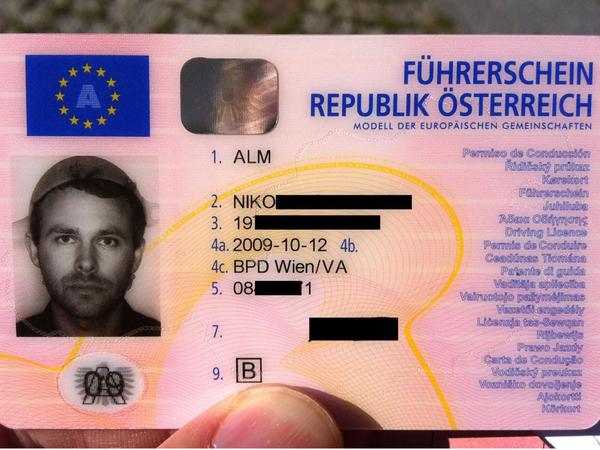 Niko Alm is a follower of the Church of the Flying Spaghetti Monster.


An Austrian man has won the right to wear a plastic colander on his head in his driving license photo, by apparently insisting that the kitchenware was a part of his religion.


Niko Alm decided to wear a pasta strainer on the document after he read that headwear is only allowed on official documentation, such as driving licenses, on religious grounds.

He submitted his application to wear the pasta strainer three years ago, citing he was a ‘Pastafarian’ – the name given to a member of the Church of the Flying Spaghetti Monster.

The US-based parody-religion made headlines last month, when Guy Albon, a member from Adelaide, used a photo of him wearing a metal colander on his gun license photo. Officials feared the photo suggested he did not have the “mental competency” to hold the license.

On its website, the leaders of the religion claim to have “existed in secrecy for hundreds of years” and claim to have Atheists, Agnostics, Christians, Muslims and Hindus among their members.

Following the confirmation, Mr Alm wrote on his blog: “My headwear has now been recognized by the Republic of Austria.”

However, a police spokesperson in Vienna said: “The photo was not approved on religious grounds. The only criterion for photos in driving licence applications is that the whole face must be visible.”

Mr Alm told Austrian news agency APA that his next step will be applying for Pastafarianism to become an officially recognized religion in Austria.

He's al dente for sure.

I disagree. May Mr. Alm be blessed by his noodly appendage.

Pastafarianism promotes a very positive message, peace, the dogma of "no dogma", and most importantly is a response to the absurdity of Intelligent Design.
V

videotronic said:
from the sounds of it you might need your ass kicked too