Just getting around to this now. My lady's first DJ gig! great! couldn't imagine that shit going any better.

It's a coworker thrown party. But shit, It reminded me of that prosumer party. Everyone was just too happy.

Good job all around. The headliner DJ Aaron Savage! EDM never sounded so good. He made it sound legit. Which is something I'm not used to. this guy's a kingstonian too. We ended up at the same school at the same time in the same small neighborhood.

I was fairly excited enough to get wasted and head down to the venue at 2pm in the afternoon, and I annoyed everyone, and got kicked off the sound check for playing too loud while people were studying. Oh great. I wiped my iPhone clean, so I could grab as much of Arielle's set as possible.

But hey I helped set up lights, and decorations!

Eventually I had to get carted home in a cab before the 3rd DJ since the outside wall was the only thing propping me up.

Well done folks! the crowd was stellar, the music was great. Like I'm not even screwing around. Full bar. The double double land folks are quite nice.

Sound was so good.

The end of Arielle's opening set. 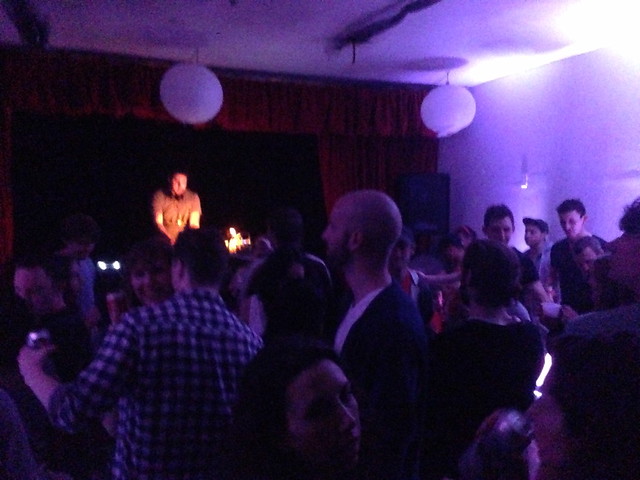 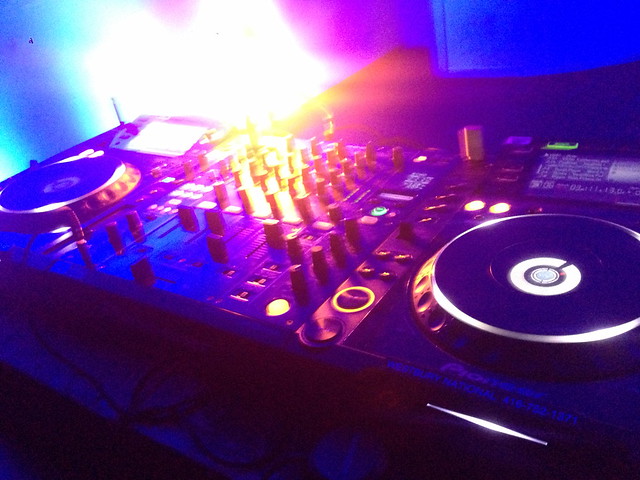 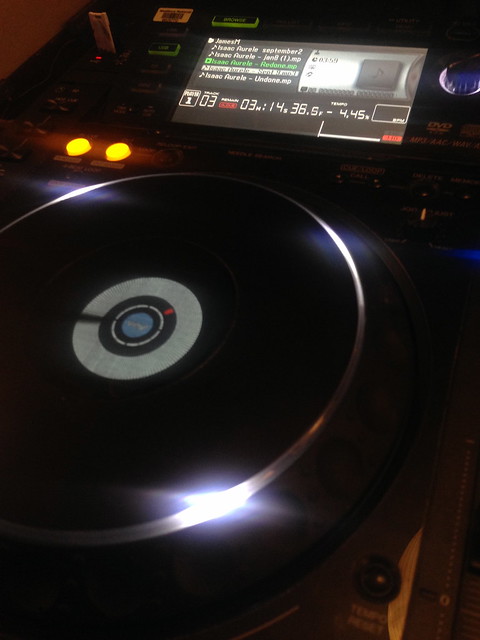 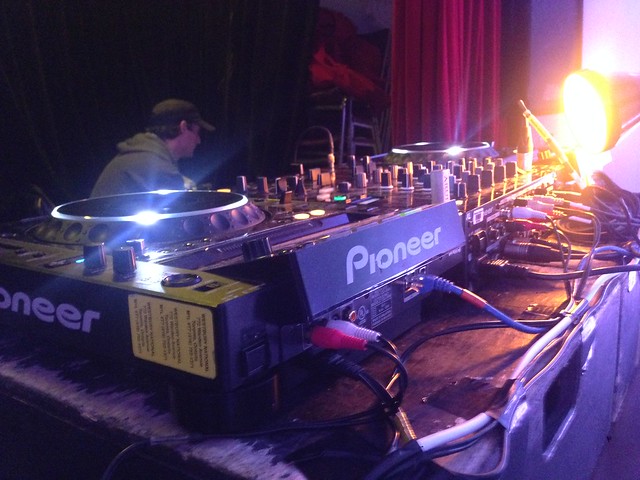 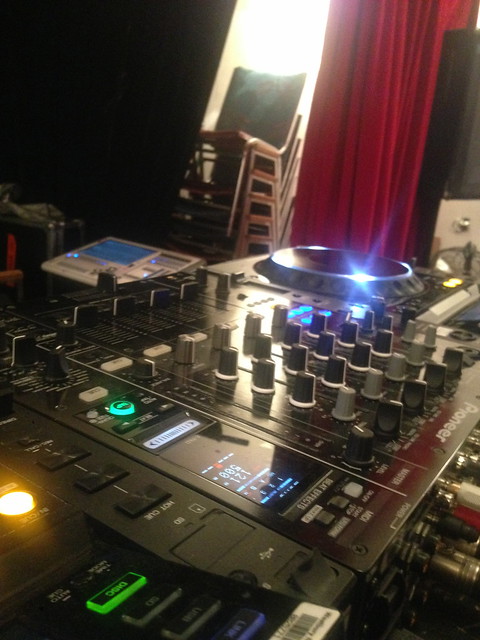 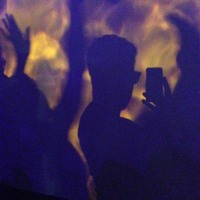