I think people bandy about the term existential without knowing what it really means.

I mean, I have know what it means even though I've watched I Heart Huckabees so I did a little research on wikipedia, the answer to all questions:

Existential philosophy is the "explicit conceptual manifestation of an existential attitude"
Click to expand...

So after a fruitless pouring over of the wikipedia page on existentialism, I got out a dictionary for a more concise definition:

- Noun, a philosophical attitude associated esp. with Heidegger, Jaspers, Marcel, and Sartre, and opposed to rationalism and empiricism, that stresses the individual's unique position as a self-determining agent responsible for the authenticity of his or her choices.
Click to expand...

ug. alright, so what is existentialism in layman's terms, Urban Dictionary?

In layman's terms, you shouldn't be a bitch and direct the finger of blame at somebody else for the shitty decisions you make in the process of finding yourself.
Click to expand...

Okay, finally we're getting somewhere with terms I can understand! So when people are lamenting their poor choices in life in a particularly verbose way, they're being existential?

Is existentialism just a way to complain about your life in a non-blaming laying manner? What say you, Hamlet?

To be, or not to be, that is the question:
Whether 'tis nobler in the mind to suffer
The slings and arrows of outrageous fortune,
Or to take arms against a sea of troubles
And by opposing end them. To die—to sleep,
No more; and by a sleep to say we end
The heart-ache and the thousand natural shocks
That flesh is heir to: 'tis a consummation
Devoutly to be wish'd. To die, to sleep;
To sleep, perchance to dream—ay, there's the rub:
For in that sleep of death what dreams may come,
When we have shuffled off this mortal coil,
Must give us pause—there's the respect
That makes calamity of so long life.
For who would bear the whips and scorns of time,
Th'oppressor's wrong, the proud man's contumely,
The pangs of dispriz'd love, the law's delay,
The insolence of office, and the spurns
That patient merit of th'unworthy takes,
When he himself might his quietus make
With a bare bodkin? Who would fardels bear,
To grunt and sweat under a weary life,
But that the dread of something after death,
The undiscovere'd country, from whose bourn
No traveller returns, puzzles the will,
And makes us rather bear those ills we have
Than fly to others that we know not of?
Thus conscience does make cowards of us all,
And thus the native hue of resolution
Is sicklied o'er with the pale cast of thought,
And enterprises of great pitch and moment
With this regard their currents turn awry
And lose the name of action.
Click to expand...

You lost me again. What? I thought I could just use the words "existential crisis" as a way to be whiny when I feel bloated from chinese food without ever having to allude to indigestion. I really should've taken an philosophy course.
B

Do you have to be so passive aggressive? Ugh, what a hypocrite.
S

I'm not so passive aggressive as I am trying to actually find out what being an existentialist means since I have no idea!

Someone just explained it to me as this over msn though now I am a little more confused on how that can lead to a crisis rather just poor choices.

she said it's basically when you make choices based on PERSONAL inclination or faith rather than external factors.

ah, here is a good example she gave me!

a guy likes a girl and he's with another girl and even though he knows what the result might be if he cheats on his girlfriend, he'll still pursue the affair for the experience.

So its not rational thinking but rather basing judgements on gratifications despite the morality of the outcome?

said person probalby also has an ohm tattoo or some kanji.
B

so he'll learn nothing from her holes to better understand his whole?

edit: I know, I know, basilisk, I blush.

Add "post-modern" and "ironic" to this list of bandied-about terms that frequently seem to be used by those without the foggiest idea of their meanings.
S

Start with Søren Kierkegaard and work your way back.

Evidently Regine Olsen was the hottest babe in all Copenhagen.

workdowntown said:
Add "post-modern" and "ironic" to this list of bandied-about terms that frequently seem to be used by those without the foggiest idea of their meanings.
Click to expand...

Isn't that ironic and post-modern in itself?
L

Krzysiu said:
ah, here is a good example she gave me!

a guy likes a girl and he's with another girl and even though he knows what the result might be if he cheats on his girlfriend, he'll still pursue the affair for the experience.

So its not rational thinking but rather basing judgements on gratifications despite the morality of the outcome?
Click to expand...

every dead philospher from the last 200 years is rolling in his or her grave.

obviously you are all fascists.
B 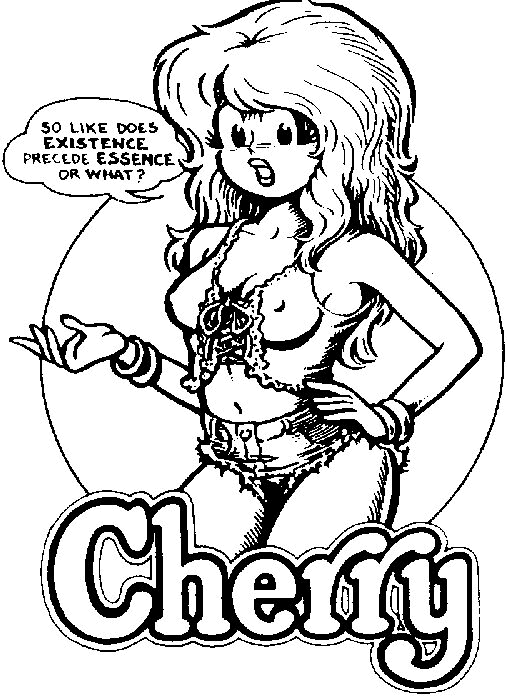 saskboy said:
Start with Søren Kierkegaard and work your way back.
Click to expand...

his thinking was eclipsed only by the splendor of his hunchback


Lysistrata said:
obviously you are all fascists.
Click to expand... 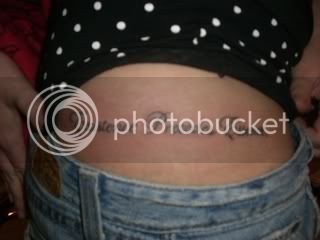 The only reason existence precedes essence is because people generally use this to rationalize their way out of situations that would normally be perceived as inconceivable which in some ways its good because it allows you to think outside of the box, but in some cases it can be used to justify something you wouldn't normally do which is not always good, obviously.
G

i remember reading the stranger about ten years ago at which point i stopped paying attention. that's all i have to add.

also i have no problem with shitting in public.
J

I agree that 'irony' and 'existentialism' are terms whose use is frequently misunderstood.

'post-modern', in contrast, is a term that's instrinsically meaningless. [warning: if any of you mention 'post-modern' in any serious capacity, i get tinnitus]

As you've noticed, I think it's quite difficult to pin down a definition for Existentialism (or irony), but with enough exposure to existential (or ironic) circumstances, or depictions thereof, an implicit, shared, understanding evolves.

For me, an 'existential' mindset is the realization that there is no particular, external, objective meaning to anything. Things exist (included in which are people and societies of people) and that's it. For whatever reason, there are some basic physical rules of the universe, and the results of those rules lead to everything else. The rules are meaningless and perhaps even arbitrary. In the absense of overall meaning, everything can seem absurd. For example, it can seem absurd that anything bothers to exist at all, if there's no particular reason for it. A person who is comfortable with this meaninglessness and absurdity might call themselves 'existentialist' or adherent to 'existentialism'.

Contrast this to individuals who might susbscribe to the idea that there must be 'a God' who gives order and meaning everywhere, or contrast to an atheist who nonetheless searches for 'the meaning of life'. IMO these are examples of the antithesis of existentialism.

Existentialism often gets a bad rep for being 'cold' or 'depressing', but that's unfair - it neededn't be, and usually isn't, either. There is a big difference between someone asking "the meaning of life" and "the meaning of my life", the latter being existential. Existentialism leaves lots of space for each person to individually question and determine what her existence might mean to her personally, while she nonetheless floats in the universal sea of absurd reality. An existentialist will accept the meaninglessness of the big picture but can nonetheless find a warm spot for meaning in the way she interacts with herself and the rest of reality. This is, I suppose, the only difference between an existentialist and a nihilist.

It refers to anything after Modernity. Duh.
M

Just do whatever Oprah tells you.
J

It refers to anything after Modernity. Duh.
Click to expand...

the tags in this thread are top notch.

who is responisble?
L

Jeffsus, that relevant and thoughtful post was entirely uncalled for.

we need more absurdity up in this piece (which you correctly align with existentialism.) calling Pozzo and Lucky, where are you Pozzo and Lucky? they don't seem to be around, i guess we'll just have to wait.