....the US military has announced it has launced a major air assault near the Iraqi city of Summatra. The military has stated this air assault is the biggest since the invasion in 2003. 50 aircaft and 1,500 US and Iraqi troops are reportedly involved in the attack.

it's going to last several days. 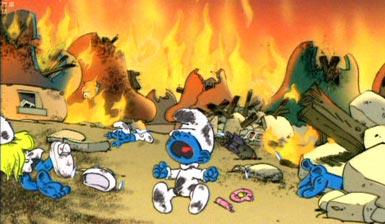 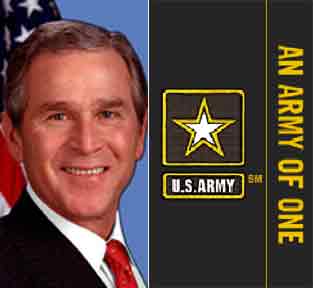 Hopefully this assault will be more successful than Operation Shwarma. They just kept spinning round and round in circles.
J

what a joke, most freedom fighters, are among the civilians, so what now ?

Hey remember when Clinton was low in the polls so he bombed an aspirin factory?

AdRiaN said:
Hopefully this assault will be more successful than Operation Shwarma. They just kept spinning round and round in circles.
Click to expand...

I think it's ironic that the operation starts on the anniversary of the Mai Lai massacre. Not that I think the US military purposely targets civilians, but when you're fighting a guerilla war, and doing bombing campaigns, lots of civilians tend to die. You just can't carpet bomb a town or village and expect to kill the guerillas or win the support of the populace.

Sorry I am too lazy to read up on this. What was the point?
M

^^^^^ I think the point is that the US is initiating another Shock and Awe attack that we will soon find out killed a lot of innocent people.

But what are they saying is the objective of this campaign?
D


...the operation involves more helicopters airlifting American and Iraqi troops into the target area than any similar campaign in the three years since Saddam Hussein was toppled.
The BBC's Andrew North in Baghdad says the Pentagon has been keen to publicise this operation, releasing video footage to the media not long after the assault began.
But it is now clear this was nothing like the air strikes of 2003, and the US military has confirmed no bombs were dropped or missiles fired, our correspondent says.
The operation was described as an air assault, a term the US military uses for bringing in troops by helicopter, although many people initially took the phrase to mean aerial bombing.
There has also been little information about any engagements with the insurgents the Americans believe are operating in the area.
The US military said the assault, dubbed Operation Swarmer, was intended to "clear a suspected insurgent operating area" north-east of Samarra.
Helicopters were used to carry mostly Iraqi troops into Salahuddin province. Iraqi police sources said several small villages in the largely desert area had been sealed off.
They quoted local residents as saying they had heard loud explosions from just before dawn on this second day of the operation.
They also said they believed a number of people had been killed or injured.
...
Interim Foreign Minister Hoshyar Zebari told the BBC that intelligence from Iraqi security services suggested insurgents had gathered in the area to plan terror attacks.
The offensive is expected to last several days "as a thorough search of the objective area is conducted".
Click to expand...

Hypnotoad said:
I think it's ironic that the operation starts on the anniversary of the Mai Lai massacre. Not that I think the US military purposely targets civilians,
Click to expand...

They certainly did in Vietnam... a lot

Wiseman said:
But what are they saying is the objective of this campaign?
Click to expand...

Wiseman said:
But what are they saying is the objective of this campaign?
Click to expand...

DEMOCRACY and FREEDOM for the Iraqi people! Oh and to find WMD!