On the topic of tuition cost:

I found this article that is good article with some good points IMO , just wondering what you guys think about it. 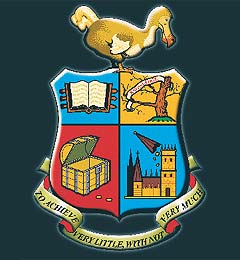 
If universities are to be truly free and sustainable, most students will have to pay fees


UNIVERSITIES the world over love symbols, from medieval scholastic garb at degree ceremonies to the owls, martlets, chevrons and scrolls of scholastic heraldry. But for many universities, especially in Britain and elsewhere in Europe, a more accurate emblem would include slummy buildings, dog-eared books and demoralised dons. That's why Britain's government is, next week, risking defeat in the House of Commons to bring more private money into the country's universities—and why European and developing countries, now busy expanding higher education, need to think hard about how much government involvement is good for universities.

There are, broadly, two models for running universities. They can be autonomous institutions, mainly dependent on private income, such as fees, donations and investments, or they can be state-financed and (as a result) state-run. America's flourishing universities exemplify the former, Europe's the latter see article here ( http://www.economist.com/opinion/displaystory.cfm?story_id=2367332 )
Britain's government wants to move towards the American model. The subject of next week's rebellion is a bill that would allow English universities (Scotland and Wales are different) to charge up to £3,000 ($5,460) in tuition fees, instead of the current flat-rate £1,125. Students will borrow the money through a state-run loan scheme and pay it back once they are earning enough.

It is a very limited start, laced with sweeteners for students from poor backgrounds. The best universities worry that the maximum fee should be many times higher. But it reflects an important shift in thinking. First, that the new money universities need should come from graduates, rather than the general taxpayer. Second and most crucially, it abandons the egalitarian assumption that all universities are equally deserving

That is commendable. Just because a course is cheap does not mean it is worthless; the existence of costly ones is not in itself a sign of iniquitous social division. Yet old thinking has deep roots. Bandying phrases such as “excellence for all” and “education for the many not the few”, politicians, especially left-wing ones, want to slap the university-educated label on ever more people, regardless of merit, cost or practicality.


The aspirin theory of university finance
Universities can indeed give the disadvantaged a leg up—but they will do it much better if the state stands back. Micromanaging university admissions, as the British government has been trying to do on grounds of class, with targets, quotas, fines and strictures, risks the same consequences as similar American experiments based on racial preference. It humiliates the talented but disadvantaged, whose success is then devalued; it infuriates the talented who are not deemed underprivileged enough and who feel their merits ignored, and it makes universities do a job they are bound to be bad at.

A good university will need little encouragement to hunt the best talent regardless of class (or race or gender) wherever it can find it. The government may want to subsidise that search, or subsidise loans and bursaries, or provide remedial teaching for borderline candidates. But by far the best route to fairness is not fiddling with the universities, but improving the state school system. When only half the British school population gains five decent exam passes at 16, and only a quarter gain two decent A-levels at 18, it is hardly surprising that the best universities recruit largely from the best schools—those (public and private) attended by the middle class.

Along with mistaken egalitarian assumptions, governments should also ditch another misconception: the utilitarian notion that universities' main merit is their economic usefulness. Amid much blather about the “knowledge economy”, the core of this belief is that more higher education means higher productivity and more wealth. This lies behind the British government's desire (unmatched by the necessary money) to have 50% of the 18-30 age group in university by 2010 and behind much German anxiety about that country's crowded but increasingly second-rate universities.

Alison Wolf, a British economist, terms this the “two aspirin good, five aspirin better” approach to university finance. It is deeply flawed. In reality, there is no proven connection between spending on universities and prosperity, nor can there be. Those rich countries that spend a lot on higher education may do so for the same reasons they subsidise opera: because they like it, rather than because it makes them richer.

This sounds heretical, but should not be very surprising. Just as people differ, so do their educational needs. An intensive three-year academic course may be just the ticket for one person, but a tedious waste of time for another. Indeed, faced with ageing populations, Britain and most European countries arguably should be encouraging their young people to start earning earlier in their lives rather than later.

Graduated differences
Public funding is addictive, and the withdrawal symptoms are painful. But as British dons and politicians struggle with these issues, and their European counterparts ponder whether, one day, they might just have to do something similar, the message for emerging economies like China and India, who are investing heavily in their own systems of higher education, is clear: avoid a nationalised and uniform system, and go for one that is diverse and independent. America's universities have their problems. Inflated tuition fees are a big worry; alumni preference looks unfair. But overall, America's system looks sustainable in a way that the Old World's does not.

In short, the model to strive for is varied institutions charging varied fees. Not all courses need last three years or bring a full honours degree. Some will be longer and deeper, others shorter and shallower. Some universities may specialise as teaching-only institutions, like America's liberal arts colleges. Others may want to concentrate mainly on research. All must have the right to select their intake.

It is better to do some things well rather than everything indifferently. It is because politicians have forgotten this that some of the world's oldest universities risk a future that is a lot less glorious than their past.