Let's have a thread for discussion all the versions of Big Brother...

Myself I've given up on the US series as it's so conservative compared to the UK and Australian versions. We watched the UK Celebrity series recently via bittorrent (and now alt.binaries.big-brother on usenet) and got hooked... now we're watching BB Australia and it's FUCKING AWESOME!

The Australian version is incredible - there's a daily show, a live eviction competition (live), a nominations show and "adults only" where they show the nudity and sex-talk bits they can't show on daytime teevee. The UK show is daily as well and has a breakfast show as well, along with pre-show bits and a live eviction show too. It's amazing how popular the format is outside of north america.

Who else is watching the Aus version now? UK is coming soon, too. 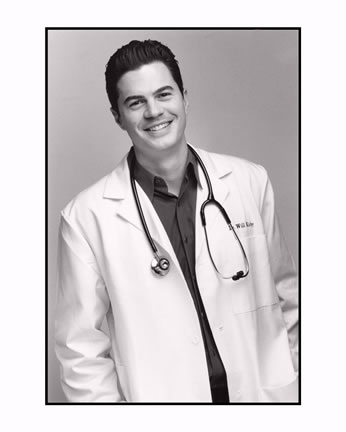 this year's BBUS is supposed to be a best of version - so The Doctor will probably be back..

But kmac you gotta check the hotties on the australian version right now MY GOD I'm a guy and I can see these guys are hot. The oldest person on the show is 36 and she's the mom of a 19 year-old who's also on the show!

Big Brother All Stars is what this show needs to keep it from remaining stagnant, as it has been for a while.

Goddamn those Aussies are smokin, though.
G

Season 7 of Big Brother UK is on Torrents (day 4)

What channel do you guys see this on?
G

Shahbaz needs a kick in the head!!

lovin' both series at the moment - BB Aus is REALLY GOOD. I can't believe how much more fun it is than the American version. And the UK one is off the hook too!

Oh - for those wondering, we can only see these shows via bit torrents or usenet via alt.binaries.big-brother
F

Gonna have to catch up on the UK one pretty soon. The most recent celebrity one is the only UK version I've actually watched from beginning to end, so I'd like to see this one. Plus I love their host so much more than CyberChen 5000.
G

HAHAH Shahbaz hid food to people will talk to him...dude is looking for attention of any kind.

BB Aus is a bit boring this year. At least tonight they're all getting drunk at a beach themed bday party. They've turned the rewards room into a club. Guess the ratings for the Adults Only show need a boost.

did that doctor ever stay together with that girl he was into on the show???? i remember they had a thing, was it more than the show??
F

Shannon? I don't think so...She did go on to do Playboy though.

Whatever happened to Janelle?

Galactic Phantom said:
Whatever happened to Janelle?
Click to expand...

This year Big Brother will have a Golden Ticket competition. One hundred Willy Wonka-style Golden Tickets will be hidden inside Kit Kat chocolate bars. A random draw will be held from the 100 tickets, and the winner will become the 15th contestant. The first ticket was found in a London branch of Sainsbury's supermarket on Friday May 19. The Sun and the Daily Star are offering to buy golden tickets off their readers. According to reports [10] eBay are allowing the sales of Golden Tickets, but only through Pre-Approved auctions as one ticket was being sold for a bogus £10.1 million before it was removed.
G

Galactic Phantom said:
Whatever happened to Janelle?
Click to expand...

"My favorite D.J. is Sander Kleinenburg. He's the best....my favorite album is Renaissance 2. This is the cd I had in the Big Brother house. I love Gun's and Roses. I also like No Doubt. But for the most part I really just enjoy House music."

July 4th. It's the same every year.
G

Apparently, CBS put a poll up on their website asking who you'd most like to see on All-Stars. They took it down shortly afterwards. There's been some speculation that this may be the list (or pretty close) for this season.

Insanity...total insanity. Nicole is fucking nuts...but so entertaining to watch.

"I HATE IT...I FUCKING HATE IT...IM CRYING BECAUSE OF YOU...BECAUSE YOU WON'T GIVE ME MY FUCKING CLOTHES."

I'm on Day 9 of Big Brother UK (trying to catch up as quickly as i can)
They just had the first eviction...Bon-ah was boring..no tears for her.
Can't wait to plow through a few more episodes tomorrow.