Initial reports indicate dozens of people -- perhaps up to 100 -- were in the building when the fire started, Oakland Fire Chief Teresa Deloach Reed said.
Most of the dead were on the second floor, where people would have had difficulty leaving because one stairway -- made of pallets -- was the only way down to the floor below, Reed said.
"It must have been a very fast-moving fire," she told reporters Saturday morning. 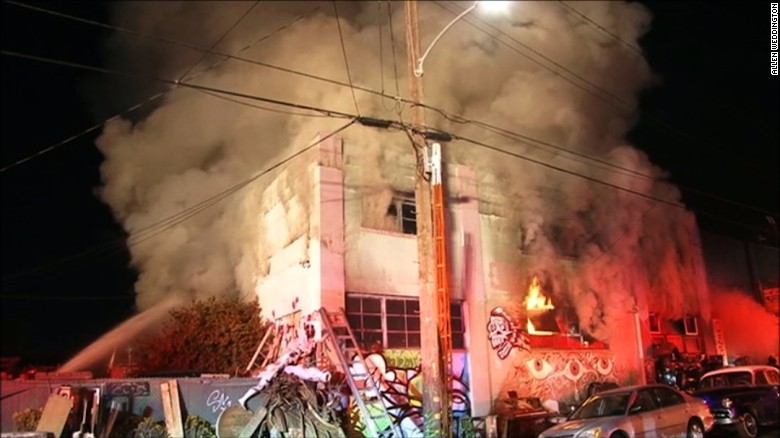 An electronic-music party was happening at the building at 1305 31st Ave. Friday night, a Facebook event page says. People were using that page Saturday to post names of those who are believed to have attended.
Twenty-five people are unaccounted for, as reported by people who either escaped the fire or believe they knew someone who was there, Reed said.
"We don't know if any of them went someplace else, self-transported to the hospital," Reed said.
Firefighters were called to the building around 11:30 p.m. PT, the fire department said. Details about what led to the fire weren't immediately available.

Firefighters have not been able to search the entire building; crews, possibly with heavy equipment, first will have to remove debris and make sure the building is safe for searching, Reed said.
Terry Lightfoot, a representative of Oakland's Highland Hospital, told CNN that the hospital received two patients and one of them has been discharged. Lightfoot did not know the condition of the patient who remained hospitalized.

She said she has heard reports that some people may have been living there, but there were no bedrooms, per se. It wasn't clear how many people lived there, if anyone, she said.
The Alameda County Sheriff's Coroner's Bureau has been called to the scene.

Stairs made out of pallets

Jeez. I remember when the Warehouse was the warehouse and there were some events that were jam sardine packed (effective lol). Fast exits lol.

RIP. Really terrible news. Didn't seem like a warehouse, but a glorified hippy place to jam and make music. What amounts to a rickety ladder to the loft area.

Don't know if that's the smartest place, to pack in who knows how many people. 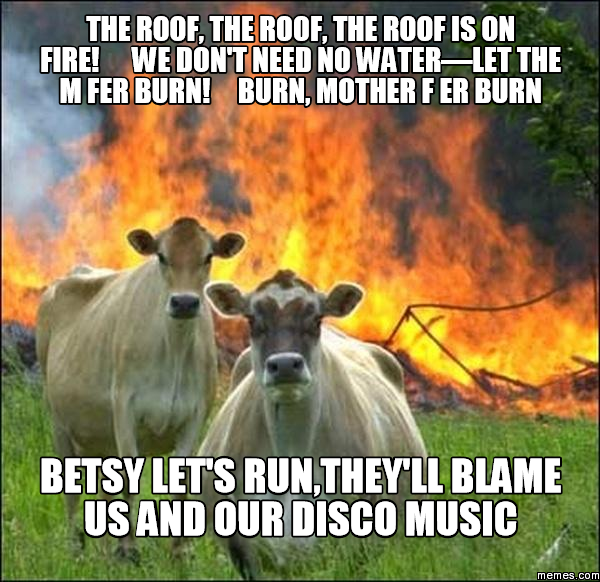 Brings back a lot of memories of dodgy illegal venues and overcrowded nightclubs, each dangerous in their own way (well, much in the same way I suppose).
T

Death toll now at 33 and likely to climb as investigation continues..

I remember there was a club fire in Maine some years back that was really bad... like 60+ dead. Fireworks show gone bad...

And then there was a club in South America, fire doors locked/blocked, and a narrow entrance/exit, where firefights found a mass of bodies, some of which were trampled in the desperation to get out.

Just saw the pictures of the venue... looks like the place would have gone up in less than 3 minutes. :|
T

We tend to complain a lot about what seems as overreaching rules and regulations here in ontario, but if it means ensuring that buildings/structures/etc are safe and up to code, that's fine by me.
You must log in or register to reply here.
Share:
Twitter Reddit Pinterest Tumblr WhatsApp Email Share Link
Top