Football, America’s biggest prime-time powerhouse, has been thrust into a crisis this fall, with dwindling ratings sparking questions over whether it can remain a gold mine for television in an age when more Americans are abandoning traditional TV.

Network executives have long used the National Football League’s live games as a last line of defense against the rapid growth of “cord-cutting” and on-demand viewing upending the industry.

But now, the NFL is seeing its ratings tumble in the same way that the Olympics, awards shows and other live events have, falling more than 10 percent for the first five weeks of the season compared with the first five weeks of last season. A continued slide, executives say, could pose an even bigger danger: If football can’t survive the new age of TV, what can?

Football’s traditional TV audience “is never going to be what it was again,” said Brian Hughes, a senior vice president at Magna Global, which tracks audience and advertising trends.

The explosion of modern entertainment options, offered on more devices and at any time, has splintered American audiences and sped TV’s decline, Hughes said. “Sports seemed to be immune from it — it was live, the last bastion of broadcast television. But [the world] has caught up to it now.”


Network and league executives are scrambling to identify causes. Many have pointed to the highly televised 2016 presidential campaign, which has led cable-news ratings to explode.

Election years often thin sports ratings, but the NFL has never seen a drop as dramatic as this year’s, Nielsen data shows. In 2008, for example, ratings over the course of the year declined 2 percent, and in 2000 they declined 10 percent. During the first five weeks of this year, ratings have declined 15 percent compared with the entirety of last year.

In an internal NFL memo sent last week and given to The Washington Post, two league executives, Brian Rolapp and Howard Katz, wrote that “all networks airing NFL games are down” and that “primetime windows have clearly been affected the most.”

They pointed to “a confluence of events,” including the election, to explain the ratings slide. “While our partners, like us, would have liked to see higher ratings,” they added, “they remain confident in the NFL and unconcerned about a long-term issue.”

Other weaknesses have plagued America’s most popular TV sport. Some of the league’s top players have retired or have been suspended, including Peyton Manning, Marshawn Lynch and Tom Brady, creating a star-power vacuum that may have driven casual fans away.

The games are now available at more times than ever, including afternoons and evenings on Thursday, Sunday and Monday, which analysts said could fragment the market. And some of the season’s early matchups have been uncompetitive or underwhelming.

“Sports at the end of the day is a narrative. You can’t create it. It’s organic,” said Neil Macker, an entertainment analyst for Morningstar, an investment research firm. “If you don’t have those compelling story lines, people aren’t going to take the time to watch.”


Football last year was still TV’s biggest golden goose, with the Super Bowl and other games locking in many of the most-watched hours on air. Its viewership grew in recent years as ratings fell for many of television’s other genres, including scripted dramas, which are often expensive to produce and yield more limited viewerships.

Some advertisers said they were content to wait and see whether the season’s ratings improved in coming weeks, believing there were few better options among other sports or TV programming on which they could buy ad time.

“In a sea of very low-rated programs, to have the NFL be so dominant even with these depressed ratings, its still something we value,” said Andy Donchin, the chief investment officer for Amplifi US, a division of the ad-buying giant Dentsu Aegis Network.

Football’s watched-live tradition has long drawn in advertisers put off by commercial-free networks and streaming services such as HBO and Netflix. The games’ format also gave advertisers confidence that their spots would actually get watched, not just fast-forwarded through later via DVRs. But an exodus of cable subscribers, turned off by high cable bills or won over by the growing number of on-demand streaming options, has shunted much of the NFL’s long-established power toward the Web.

Time spent watching NFL regular-season viewership on ESPN’s streaming service, WatchESPN, grew 73 percent last season, data shows. But that online viewing time has not made up for the lost time from those no longer watching on TV, according to Magna.

Though it still dominates the country’s leisure time, traditional TV viewership has rapidly dwindled. Since 2010, the time Americans spend watching TV has dropped 11 percent, Nielsen data shows. For people younger than 24, their TV time has plunged more than 40 percent, with many of those minutes spent instead on social media and their phones.

Long-term slides in ratings pose a financial minefield for the big TV networks, which have agreed to pay the league tens of billions of dollars to air NFL games through 2022.

The networks do not make enough ad revenue to fully cover those arrangements, according to an industry estimate provided by Magna. But they believe the promotional halo of having NFL games leading viewers into other programming makes the deals worth it. Falling viewership, however, could drive down ad revenue, making the networks’ calculations harder to defend, Hughes said.

The Web-motivated trend toward short, punchy online videos, analysts said, may have also motivated some viewers to skip the four-hour football broadcasts until they’ve been distilled down the next day.

The NFL has increasingly chopped up its own quick highlight videos of big hits and touchdowns, some of which are published through deals with Web giants such as Twitter, YouTube and Snapchat, in hopes of keeping viewers intrigued.

Jeff Bezos' blog left this out.

get rid of some of the teams. bills, browns, jags and bucs could all disappear since they are perennial losers and spread the talent around more

Get rid of the lions bears Cowboys and jets then too

bears havent been good for like decades.
too many teams and not enough actual talent.

some games are unwatchable

their rules are fucked too.
smoke some weed, suspended for the season. dui, rape allegations, beating your wife, getting caught with a loaded weapon at the airport, swept under the rug

Those poor NFL executives. I hope they make out ok!!

Ladies and Gentlemen; your solution.

Never knew why they called it Football. You never use your feet. Field goal. That's the extent of it.

If I were them I'd try this, and go from there

Detoxes gravity AND Improves chalkra alignment? Where do I sign up? 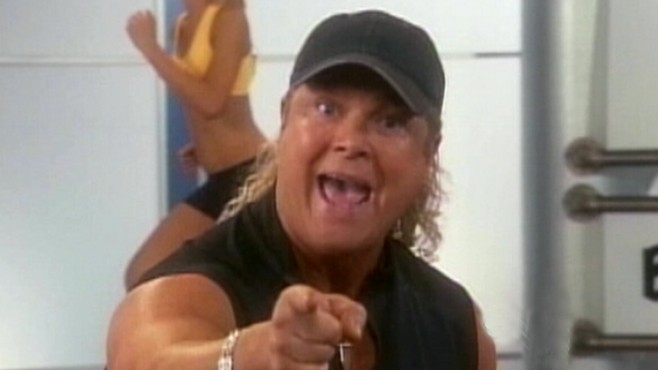 el presidente Highsteppa said:
Detoxes gravity AND Improves chalkra alignment? Where do I sign up?

I hope those lettuce shoes aren't that expensive, think I could get two pairs for $50??
S

they should make it free time rules
drive drunk, bring your gun, hold a dog fight at center field, beat your wife/gf in the end zones. you know, things the nfl allows when not on the field, bring onto the field
try doing a cross route through a dog fight!