Could be a shit year if the owners and players don't get together and sort out their Billion Dollar Me$$.

Let's start a new discussion for the new upcoming (and a distant at that) year in 2010.

Who will go where?

Anyways - if it's related to the new upcoming year, bring it here!
S

too soon, I need to filter MR out a little more before we start this again
K


Well one or two of those things I could do with out.

rams won't come here- but they will be sold. but the nfl has said (as previously quoted) that the stadium here sucks balls.

bush to san diego? that's kind of a waste for the chargers - they don't need a guy like bush, they need a guy like michael turner. ahh, to have been as smart as the eagles, releasing players a year early rather than a year late. Should've parlayed tomlinson/sproles into something and hung onto turner.

donte stallworth got released by the browns FYI.
Z

I don't think it's a pipe dream, both Ocho's and Lewis have commented on it, I believe all 3 were amongst more then a handful of NFL players and coaches at a superbowl event. Johnson brought it up, Lewis agreed it would make them a formidable team to beat, Owens said it could be a fit and that he would change his name if he does.

Truth be told I think a return to the Bay area would make the most sense. IF and ONLY IF Owens is ready to no be the 1st option. IF so that would a very very good receiving group.

I know the Rams wont come here, however one of the new to be majority partners is from the T.Dot with lots of connections here and apparently with resources to build a stadium *Shrugs* probably mostly heresay.

As a Jets fan I have no interest in Stallworth.

Would Jones and Hightower make a good combo in Arizona? Could Jones net Boldin? Although Like I said Thomas Jones would be a very good addition to the Lions, and my best guess is that the Jets will explore trading him while his value remains high. Greene is ready to be the #1 and with Washington they won't need Jones.
K

LA or LT? Would be interesting for Bush to come back to the SD area, he won the high school and USC championships all in SoCal, everyone in SD talks about him very glowingly. How do you know Bush is gone from New Orleans though?
Z

Most of what I have heard is that they aren't' going to bring him back for the $$$ he is going to command, they already have two other better then decent backs and I don't think Peyton and Bush ever really made up.

Sorry I mean the owner not Peyton and 8 or 9 million for a guy who has never rushed for more then 600 yards?

StarvinMarvin said:
too soon, I need to filter MR out a little more before we start this again
Click to expand...

If there's football in 2010-2011... I'm predicting the Cowgirls make it to the SB. I'll leave it at that I'm too tired to begin another war it's too soon. I need my energy for the leafs, jays, and Bioshock 2.

reggie bust will end up in seattle with pete 'cant coach in the nfl' carrol.

new orleans is not gonna foot the 8.5m/yr bush is due, and seattle has loads of money to waste on mediocre players.
Z

Ah, I didn't even think of Seattle. So it will be between Seattle and San Diego. Though in thinking about I still say San Diego, Kim and their/her Reality show will win, should win over a coach. I mean have you seen that ass? I would want to lying down next to that everynight, not just once a week.
S


The sudden love-in with Bush doesn't change the fact that he's not equipped to be an every-down back in the NFL. He's a bastardized combo of a KR/PR, 3rd down back and change-of-pace. And he can't run inside. In any other year that's not worth $8M, but with next year being uncapped the Saints might just keep him on.
Last edited: Feb 10, 2010

sudden love in by whom?
most knowledgeable football watchers recognize he's been banged up the last 2 years and that his first 2 were his best.
I don't think anyone's deluding themselves into thinking he'll suddenly be Chris Johnson.
Hell, the odds on him as Super Bowl mvp were something like 15-17/1, similar to Donald Brown for chrissakes.
Still, Desmond Howard and Rocket had long careers, he'll be fine. In this day and age there's use for a guy who can catch 60 out of the backfield.
Z

I wonder who Bush is taking first in this years NFL Fantasy draft, probably not LT or himself.
S

kerouacdude said:
sudden love in by whom?
Click to expand...

love-in with the media
I agree most knowledgeable fans know the real deal with him, but he's gotten way too much press & coverage the last month and a half. He's not even the best RB on the Saints.
K

yes I agree, this thread needs some kk. 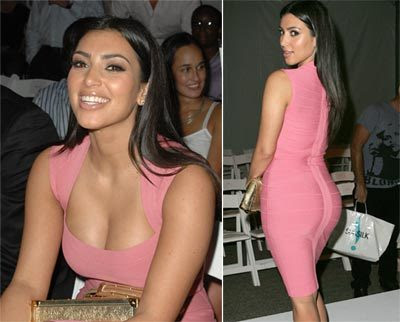 I've noticed Bush has changed his running style a bit. Instead of trying to go around defenders, now he's trying to go through them. Is his contract coming up or something? When he gets the big $$$ then he'll go back to the "run out of bounds Bush, please don't hurt me"

As long as he does it with the Lions.

Hey moose, over at SI today they said that the Lions would be very interested if Bush become available.

Yeah , and they also mentioned they were taking a look at Donte Stallworth.

To be honest , 99 % of my interest right now is what St Louis will do with
pick # 1. I will be pretty happy if we can land Suh and then grab an OT in the 2nd round. What are those Rams gonna do ?
Mock draft action starting to pick up now.

I think Bush stays in Nawlins or goes to Seattle.
Hopefully to Seattle to give my buddy something to cheer about.


I like Bush, but we have so many other glaring needs , I cant see it.
D

New Orleans can't sign Reggie Bush. or any other free agents for that matter. Due to the whacky non cap year rules, teams that made the Superbowl can sign NO free agents, not even there own. All other playoff teams may sign their own guys back, but not players that played for other teams.
I'll post the ESPN article when I find it.
D

^^ Opps, totally apologise, I got that completely wrong.