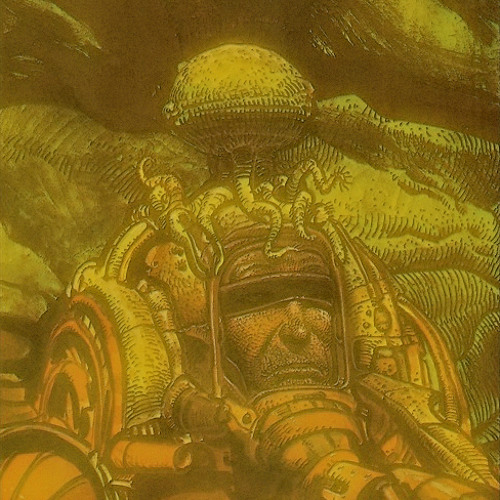 Upon coming back from unsuccessful forest expedition to eradicate a new thought form the soldier of the year 137258 realized he has experienced a time-lag. The kicker was that being that was being hunted was not affixed to any point of time and it existed simultaneously anytime but only was seen if you were of any particular need to it. He was the only one from that expedition who saw it but couldnt do anything to harm it. Upon coming back he only had one thought : "Future has been never for quite some time until now."

And there were multiple scrolls that were whirling in his head as a vague images and they only were showing pieces:

He couldn't understand what it meant yet but he knew that piece by piece it will come to him. ​