Can American tv bottom out any more..
It's pretty typical that they would ignore the facts behind what happened and paint some god-brought-her-back-to-us type of picture.
=========

CBS will make a television movie about the Elizabeth Smart kidnapping case, racing it into production for a November premiere. Family members said they will cooperate with producers.
Elizabeth's parents, Ed and Lois Smart, also are writing a book with author Laura Morton that is expected to be released in October, they said.
The CBS movie, tentatively titled "The Elizabeth Smart Story," is expected to chronicle the June 5, 2002, kidnapping of then 14-year-old Elizabeth and her March 12 rescue in Sandy. Brian David Mitchell, an excommunicated Mormon who became a self-proclaimed prophet, and his wife, Wanda Barzee, are charged with the girl's kidnapping.
Ed and Lois Smart's book, to be published by Doubleday, is titled Bringing Elizabeth Home: A Journey of Faith and Hope and will focus on how the family relied on religious beliefs during Elizabeth's absence.
It isn't expected to reveal much detail about Elizabeth's ordeal, which included being held in the hills behind her own home and being taken to Las Vegas and San Diego.
"Elizabeth has her own story. Certainly, there will be comments regarding that," Ed Smart told The Salt Lake Tribune on Thursday. "But I just feel that Elizabeth deserves her privacy, and we've tried to give her as much as we can."
Ed and Lois Smart met with the movie's writer and producers in the spring, the New York Post reported Thursday, but filmmakers were not allowed to interview Elizabeth.
"It's mainly Ed and Lois' story . . . of what happened and what happened to them," Ed Smart's brother David said about the movie.
A CBS spokeswoman declined to comment Thursday. The film, which will be shot in Halifax, Nova Scotia, reportedly will start shooting next month.
The movie will reportedly star Dylan Baker ("Thirteen Days," the upcoming "Spiderman II") as Ed Smart and Lindsay Frost ("The Ring") as Lois Smart. Canadian actress Amber Marshall, who was last seen in the TV movie "The Christmas Shoes," will play Elizabeth.
The movie is being produced by Los Angeles-based Von Zerneck-Sertner Films, which produced another Utah story for a TV movie, "Inside the Osmonds," as well as other telefilms including, "Deadly Invasion: The Killer Bee Nightmare" and "Fergie and Andrew: Behind the Palace Doors," according to a filmography on the Internet Movie Database.
Meanwhile, David Smart, brother Tom Smart and Deseret News columnist Lee Benson are working on a second book about the kidnapping case, according to David Smart. He did not know when the book -- which does not have a publisher yet -- will be released.
"It's something we're doing that should not interfere with what Ed and Lois have done," he said. "It's a pretty in-depth book of everything that went on."
Ed Smart expects Elizabeth to see the movie and read the books.
"She's dealing with things. She knows what we're doing," he said. "We're not trying to keep anything from her."
He said the only reason the family agreed to help on the movie and write the book is to ensure they portrayed their feelings accurately.
"Initially, there was a flood of people who were going to write a book or movie," Ed Smart said. "We felt it was important to put what we felt -- our perspective -- on it. There has been so much to the story."

Originally posted by OTIS
It isn't expected to reveal much detail about Elizabeth's ordeal,
Click to expand...

So, another TV movie about what?

i am gonna burn in hell, aren't i?

Damn, you could get the chair for that.

Originally posted by squirrely
oh, and i Opressed a Black Man by rolling my eyes when he said that All White People are Too Fuckin Perky.

better than being too fucking saggy
T

a younger elisha cuthbert(circa popular mechanics for kids) would be PERFECT in the title role!!

someone get a time machine handy
S

I thought that she ran away with the scary man and wasn't kidnapped?

Oh well... I guess this will have about as much truth to it as the Jessica Lynch story anyway.

Yet another flick about a person who's real story they don't want.
S

Originally posted by terrawrist III
a younger elisha cuthbert(circa popular mechanics for kidnappings) would be PERFECT in the title role!!

Originally posted by Soundstream
I agree.

look at that picture in the first post!...PERFECT!

someone post a pic of EC. when she was PMK...pleeeease
E 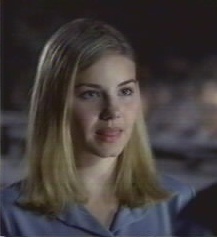 Originally posted by terrawrist III
look at that picture in the first post!...PERFECT!

I was agreeing with you guys, but I put the winky face because I kind of edited your quote to a slighhtly different show name. Not sure if you noticed it or not.

I am just reposting the Elizabeth Smart pic so that you can compare the two on the same screen.

it's literally uncanny to me