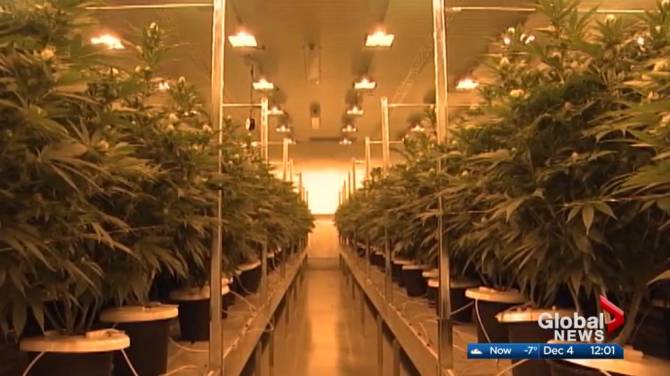 In advance of pot becoming legal next year, Canada's marijuana industry is exploding - and some of the people getting into the game may surprise you. Jennifer Crosby has more on a big business president who used to be in charge of drug enforcement and organized crime for the RCMP.


In another sign the legalization of marijuana is spurring a seismic shift in Canadian society, the former head of the RCMP drug squad now runs a pot company.

A man who spent years policing the illegal drug trade is part of a new wave of entrepreneurs poised to cash in when pot becomes legal in July.

But Derek Ogden, president of National Access Cannabis, doesn’t see his career change as a 180.

His policing experience put him in an ideal position to understand the marijuana business, he says. For the last five years of his 27-year career with the Mounties, he was in charge of drug enforcement and organized crime for RCMP across Canada, rising to the rank of chief superintendent.

He’s seen the marketing and selling of pot up close.

“From the organized-crime standpoint, cannabis did play a large role.

“So we did see a number of groups across the country that were very, very involved in the cannabis industry and they generated a lot of revenue.”

NAC’s newest clinic is on the corner of Edmonton’s Whyte Avenue and Calgary Trail, where a largely young and urban crowd comes to shop, stroll, and party. The location is high-profile, high-traffic and high-visibility.

Like the government’s marijuana regulations, the outlet is still under construction. In the past, the building has been an upscale grocery market, several bars and, long ago, a bank. The vaults are still in the basement.

Ogden’s company is one of hundreds of Canadian businesses working to gain a foothold in the legalized marijuana market.

For now, NAC helps consumers navigate the medical marijuana system, with locations stretching from Victoria to PEI. The next steps are medical clinics and recreational dispensaries, once all legislative hurdles have been cleared.

“We think the recreational market will probably be about 60 to 65 per cent of the overall market. But medicinal is growing very quickly.

“It’s growing about 15 per cent a month and we expect it will continue to grow that much, if not more.”

The Canadian government is setting the gold standard for the cannabis market, he adds, leading to international growth potential — and challenges. Ogden predicts his former RCMP colleagues will be busy on the cannabis file for a long time.

“It will be a real challenge to pull people from the black market to the legal, regulated market. There will still be certainly organized crime involvement in the black market cannabis but eventually, hopefully, we’ll see those resources be diverted from that to other areas.”

The government’s execution will be key, he says.

“If done properly, I think that the legal market has an excellent opportunity to take a really large share of black market.”

AMAZING! ...watching clueless clowns that made a living off of destroying people’s lives, now making a living off the very same product they ALL swore was the end of humanity.