TORONTO – The Toronto police drug squad is investigating after a man was injured following an explosion inside a condo unit in Liberty Village Monday night.

One man in his 30s was taken to hospital for minor burns to his hands and face.

Firefighters say there were no flames in the blast, which appears to have been caused by what they termed “pressure build up.”

The downtown building wasn’t evacuated and an elevator door was said to be damaged.

The Fire Marshal’s office is also conducting an investigation.

With a file from The Canadian Press

So it appears confirmed that it was a "drug" lab, though they haven't confirmed what he was cooking.
Residents in the area seem pretty shocked.

Legalize and you won't have potential explosion sites in residential neighbourhoods 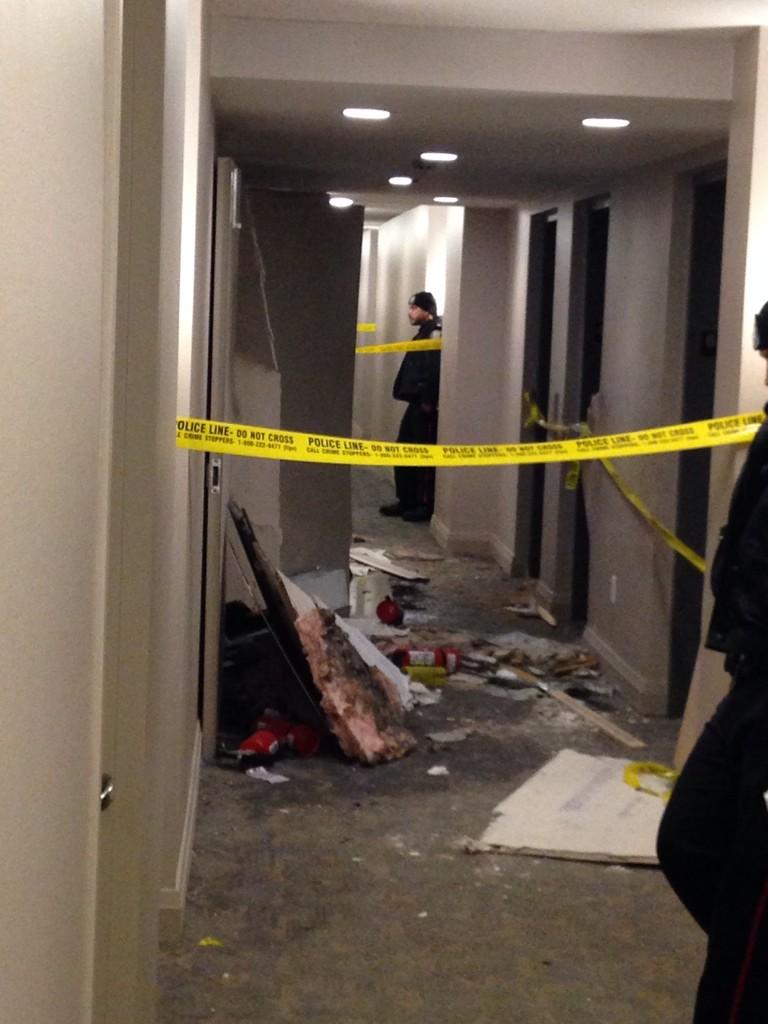