meth is a hell of a drug

PORTLAND, Ore. - An Oregon man who went to a hospital complaining of a headache was found to have 12 nails embedded in his skull from a suicide attempt with a nail gun, doctors say.


Surgeons removed the nails with needle-nosed pliers and a drill, and the man survived with no serious lasting effects, according to a report on the medical oddity in the current issue of the Journal of Neurosurgery.

The unidentified 33-year-old man was suicidal and high on methamphetamine last year when he fired the nails into his head one by one.

The nails were not visible when doctors first examined the man in the emergency room of an unidentified Oregon hospital a day later. Doctors were surprised when X-rays revealed six nails clustered between his right eye and ear, two below his right ear and four on the left side of his head.

No one before is known to have survived after intentionally firing so many foreign objects into the head, according to the report, written by Dr. G. Alexander West, the neurosurgeon who oversaw the treatment of the patient.

The man at first told doctors he had had a nail gun accident, but later admitted it was a suicide attempt.

The nails came close to major blood vessels and the brain stem but did not pierce them. The patient was in remarkably good condition when he was transferred to Oregon Health & Science University in Portland, where the nails were removed.

The patient was later transferred to psychiatric care and stayed under court order for nearly a month before leaving against doctors' orders.

Wow, this story is like looking in a mirror to my past.........a mirror full of white crystally lines....
S 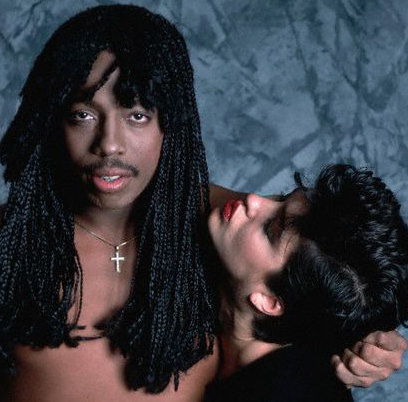 because you never asked.
K

Nails on a mutherfuckin brain!
B

KiFe said:
Nails on a mutherfuckin brain!
Click to expand...

haha, I actually like this variation of the movie title. There have been a number of stupid ones posted. good job Patrick!
K

Here i was afraid of flogging a long dead horse. I haven't been on tribe enough lately to know what people are tired of, as opposed to still entertained by.


On that note:
I know someone who works with a nailgun, i hope they're okay to sell me some meth.
C

the idea of firing multiple nails into a brain and the person surviving that with a "headache" makes me very uncomfortable. Kind of like pictures of a Prince Albert
F

while looking for this image from Happy Gilmore:

I also found another image which kinda gives a visual representation of how much thats gotta hurt. 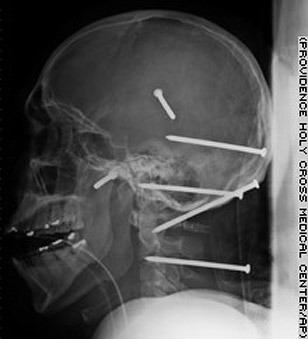 except the guy in the story in the thread here put the nails in the side of his head, which I could only imagine hurting more.
D

I think that point has been adequately driven in.
C

yes, thank you, that was the joke

KiFe said:
I think that point has been adequately driven in.
Click to expand...


holy shit, has an analogy ever been so damn appropriate????
W

Cheap Ego said:
you hit the nail...on the head...with that one..


holy shit, has an analogy ever been so damn appropriate????
Click to expand...

he definitely nailed it with that one.


what i find impressive, is that he tried to kill himself by firing a nail into his brain, but survives the first one. then he tries again. and again. and again, 12 FUCKING TIMES!
C

Insane in the membrane...
S

the brain has no pain receptors, so it's not like it would have hurt. surprised he didn't pass out after firing each new nail, or that he had the presence of mind to keep going. if he'd been aiming right between the eyes at his frontal lobe, it would have been a much different story.

side note: the lungs are the only other organ in the body that do not have pain receptors. knife away!

I saw the tail end of this on the news yesterday, I just saw the x-rays but I missed the part where they explained how it happened, and I was left wondering how does one accidentally get a dozen nails in their head? One or two I can see, but 12?!
D

why not said:
Oregon Man Survives 12 Nails to the Head
By SARAH SKIDMORE, Associated Press Writer
20 minutes ago