By now you’re probably aware of everything there is to know about the downloading of music off the Internet.

It’s prolific because millions of people do it anyway.

And it’s driving the record companies crazy, causing them to sue people who get caught in the act.

So you can only wonder how they’re going to react to a new service that doesn’t break any laws but cuts them right out of the picture while still rewarding the artists.

It’s called lala.com and it allows music lovers to trade their CDs over the web for just over a buck a piece.

Users can sign up for free, list as many discs as they want to trade or get, and get a prepaid envelope from the company to send it to that person.

The recipient pays $1.49 for the privilege. Why the odd number? Forty-nine cents goes towards the shipping while the one dollar amount is split by the website and the musicians, who will receive funds from a charitable organization set up to compensate them for the resales.

It means both established artists and the more obscure ones will share in the largesse, while the record companies wind up with nothing.

The site has been Beta testing with 100,000 people for the last few months and claims to have at least 200,000 more waiting to join. It boasts it will have more than 1,421,562 CDs available at its official Thursday launch.

Does it work? A search for albums by the Beatles brings up 304 different offerings, including “Sgt. Pepper’s Lonely Heart’s Club Band”, “Abbey Road”, “Revolver” “Rubber Soul” and some harder to find British imports and what appear to be bootlegs.

The idea, which creators call a used CD store on the web, came from the fact just about everyone owns a disc they either never listen to or wish they hadn’t purchased.

"We all have this music that sits in our homes - wouldn't it be great if people can exchange those CDs?" explains founder Bill Nguyen.

The Recording Industry Association of America has refused to comment on the concept, but Nguyen is well aware they won’t like what he’s up to.

"One label thought it would help them to know their customers for the first time," he relates. "But others' view of us is as the devil, more like peer-to-peer services."

He argues the site will actually encourage sales because people who discover new artists they like will go out and buy their works.

Or possibly, trade for it.

And because it’s not breaking any laws, there’s not much the big music firms can do about it.

While the service won’t be available to Canadians for now, it still marks an important new shift in the way music is sold online. If it’s a success in the U.S., you can be sure someone in the Great White North will pick up the concept here, and be treading – and trading – a fine line on this side of the border, too.

Within a year, there will be a new law in the US that makes this illegal via some technicality.
V

that'll be interesting to watch and see what happens.

thanks for the link.

YES! There is Electronic gold to be discovered! 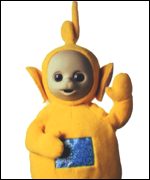