LAHORE, Pakistan - Hundreds of kites filled the skies of Pakistan’s cultural capital on Saturday, the opening day of a traditional spring festival, despite a ban that followed the deaths of seven people killed by glass-coated or wire kite strings.

The two-day festival of Basant has been celebrated in the eastern city of Lahore for centuries, culminating with thousands of kites soaring into the night and boisterous rooftop parties. Basant means “yellow” in the Hindi language, a reference to the fields of blooming yellow flowers that grace the area as spring approaches.

On Saturday, police swiftly raided homes where kites were seen flying from backyards in scattered parts of the city. Some people cut the strings as police approached and denied they had defied the ban, witnesses said.

The provincial government banned kite-flying throughout the Punjab province on Thursday following seven deaths in the past two weeks caused by sharp kite strings.

Kite fliers reinforce strings with wire or ground glass for dueling other kites and betting on who wins. When strings cross in the congested sky, the winner cuts loose the opponent’s kite.

A 4-year-old boy died on Tuesday after his throat was slit by a low-flying kite string coated with glass.

Vow of enforcement
Despite the Basant tradition, Chaudhry Pervez Ekahi, the province’s top elected official, said there would be no tolerance for kites.

“We took a decision to impose the ban on kite-flying because we don’t want to see people dying,” he said. “Dangerous strings have killed innocent children here and we cannot tolerate it.”

Altaf Hussain said he had come from the southern city of Karachi for Basant and was disappointed by the lack of kites in his part of town.

“I am disappointed that there are no kites in the sky, but I am happy that there will be no deaths because of deadly strings,” he said.

Lahore police chief Khawaja Khalid Farooq suspended some officers for failing to keep the skies clear of kites over their precincts, a police official said on condition of anonymity because he was not authorized to speak to the media.

Police spokesman Nayab Haider said officers on Saturday arrested 44 people for flying kites, and “more arrests are being made.”

“It is our firm resolve to stop people from violating the ban on selling or flying kites,” he said.

However, he acknowledged that people in some areas had not respected the ban.

Kites displayed in city streets by the government before the ban as part of the festival decorations have been allowed to remain.

Police have arrested more than 1,100 people since March 5 for selling or manufacturing glass and chemical-coated kite string.

At least 19 people died and 200 were injured before and during Basant last year.

Kite duels with glass-covered strings feature prominently in the best-selling novel “The Kite Runner,” which recounts the narrator’s childhood in neighboring Afghanistan.

© 2006 The Associated Press. All rights reserved.

when beheadings for simple crimes just aren't cutting it anymore, break out the killer kytes!

For a sec there...I thought the title said Kyfe...
D 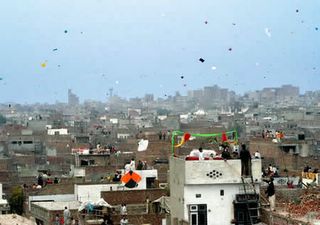 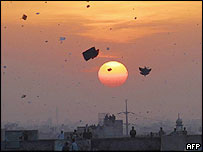 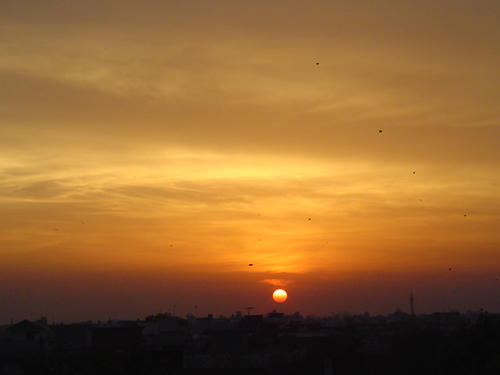 I want a kite with a mini gun on it so I can become: The Baron of Bassant!

yeah that is weird that this ban (and really unfortunate death) happened after 'kite runner' got huge.
i wonder if its all just a coincidence.
M

Um, how about kites that aren't glass or wire?

MoFo said:
Um, how about kites that aren't glass or wire?
Click to expand...

stop trying to change other cultures!