Jose Theodore has tested positive for a steroid blocker found in a hair growth medicine. (CP Sports)
Team officials held a press conference at dinner time to announce the positive test, first revealed, without a player name attached, earlier in the day.

Dr. David Mulder, the Canadiens' team physician, told the conference that the goaltender had tested positive for Propecia, which he said had been used for eight to nine years as a hair restorer.

The product also acts, Mulder said, as a masking agent for steroids, though Theodore denies he knew that until recently. It had been added to the World Anti-Doping Agency's restricted list about two years ago.

A source told Canadian Press that the goaltender was "likely to receive" a terapeutic-use exemption because he has been using a hair-growth product prescribed by a doctor for years.

Earlier this year, defenceman Bryan Berard received a two-year international ban after a positive test for an anabolic steroid.

Could Theodore possibly be having a worse season than he is?
T 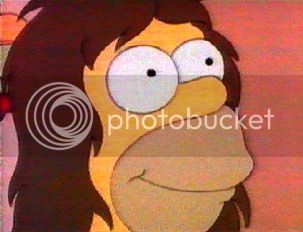 he could be traded to the blackhawks

he's having a great year!
must have been rushing to the hair club for men.

Canadiens goaltender Jose Theodore will miss six to eight weeks after fracturing a right heel bone while walking down the frozen steps of his Montreal home, the club announced Saturday.
Continuing a nightmare season for the team's No.1 netminder, Theodore suffered the injury Thursday night, when freezing rain that fell on the city made for treacherous walking conditions.
"It was bad luck and even though I am very disappointed of the outcome, I can only wish that my rehab period will be as quick and short as possible," Theodore said in a statement.
"I intend to come back strong and contribute to the teams success through the last part of the regular season and in the playoffs," the 30 year-old netminder added.
Canadiens GM Bob Gainey sympathized with his torubled goaltender.
"Jose was a victim of an unfortunate accident and we all feel for him," said Gainey.
(CP)
L

is there any probable reason why a goalie would want to use a steroid?
C

They aren't just for bulking up.

They build AND maintain muscle, so it helps recover from injury, especially those pesky groins and hamstrings.
H