*James Bond - Everything Or Nothing*

It's practically the next James Bond movie, and it's coming to a video game console near you. Electronic Arts has pulled out all the stops, bringing in full-scale Hollywood production values, big-name Hollywood voice actors (Pierce Brosnan, Judi Dench, John Cleese, Willem Dafoe, Heidi Klum, Shannon Elisabeth, Mya), Hollywood screenwriting (Bruce Fierstein - Goldeneye, Tomorrow Never Dies, The World is not Enough). Hell, they've even got Richard Kiel to do the voice of "Jaws", a recurring favourite Bond villain (The Spy Who Loved Me, Moonraker).

Ahh but how does it play? It's good. It's really good. Everything Or Nothing is being hailed by many as the best Bond game since Goldeneye. And rightly so. The switch from first person to third person view has opened up lots of great new gameplay opportunities, including the ability to wallhug, shoot around corners, dive and roll, and hand to hand combat. The driving / flying sequences are actually fun and add lots of gameplay variety, and don't feel tacked on. Using the Need For Speed engine, the vehicles actually handle semi-realistically, and look great as well. The actual game is a bit short, but that seems to be the norm, nowadays, and there's lots of unlockable stuff, so there's some replay value there.

My only real gripe with this game is that, since it's an EA game, there's no Live support, which is a god damned crying shame. This game is just screaming for an on-line co-op mode, or 8 player deathmatch. Or even better yet, a cool online racing mode with bikes and missiles. Or TANKS. 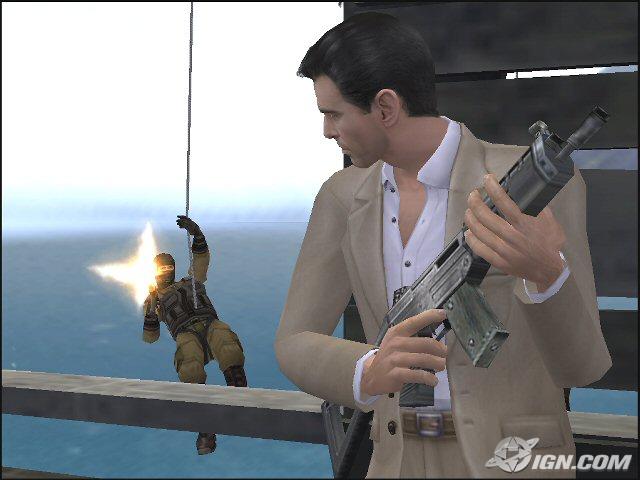 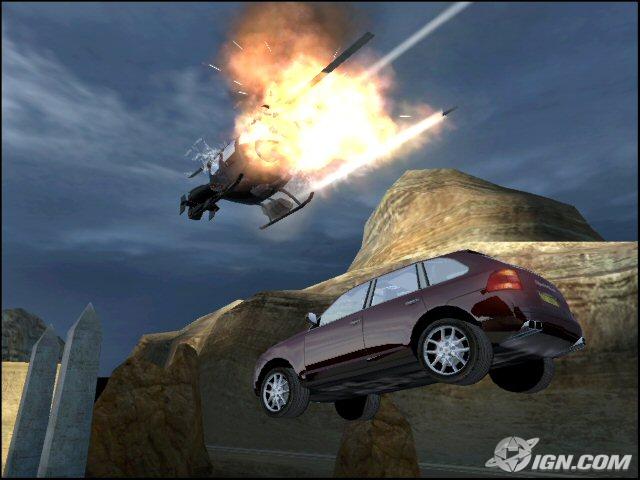 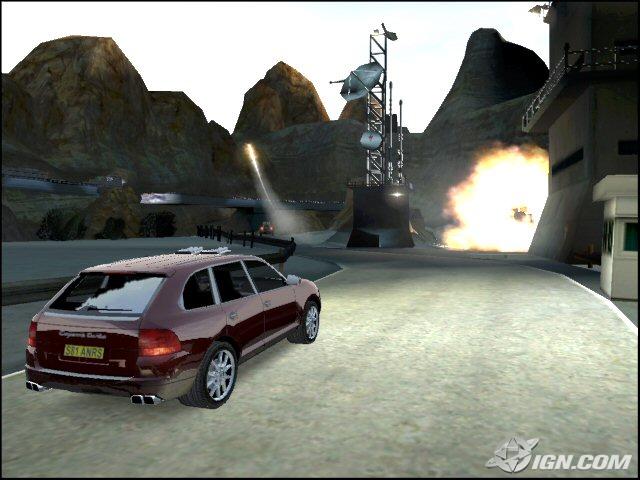 Oh, and I almost forgot to mention, the best thing about this game - Q's ridiculously hot new Japanese assistant: 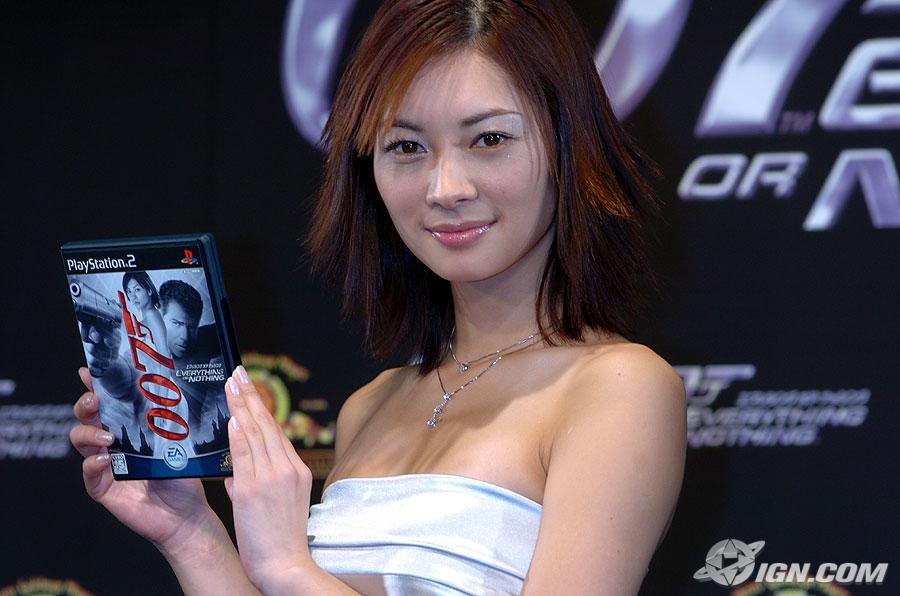 One can only hope that she'll be making a recurring appearance in the actual Bond movies.

Thanks for the review. Is this game in stores now?

I like the look of the game, but I also feel likes it's a waste of money if it's not X Box live. Once I finish the game, it's just going to collect dust. Unlike X Box Live games that I have been playing for months.

After I learned that Ninja Gaiden has been pushed back, I went ahead and got this game.

I still miss the paintball guns from goldeneyes time though.

And Stan, my brother says there are tanks?
P

Ohhh, BT. Thanks Kenny, you just reminded me to do something.
S

Originally posted by Cheer Bear
And Stan, my brother says there are tanks?
Click to expand...

Yep, there are tanks in the game. And they are facking cool. But imagine having a Tank mode in Multiplayer. You could have like 8 players, with 2 players per team - one person the driver and one person the gunner.
T

Goldeneye multiplayer is classic...brings me back to the days of high school.
E

Shouldn't this be in the Eternal Video Games Thread??

Misaki Ito deserves her own thread, therefore you can bite me.

unfortunately, instead of coming up with clevar new ideas, the videogame industry is driven on sequels and sequels alone.

i mean SURE, the next title is usually always garanteed to be better than the last...