Its the little struggles I'm forced to support (you go girls)

Principal Nat Gallo ordered the socks replaced with full-length tights this term, after more than 50 complaints from the public about the girls' outfits at the Hamilton school.

Enforcing minimum kilt lengths is too difficult, Gallo said, and the school couldn't send bus students home when they broke the rules. Banning knee-high socks was the easiest option.

"Kilts have been getting shorter and shorter and we've been patient in asking the girls to co-operate," Gallo said. "It's embarrassing, with girls bending over and people having to look at their underwear."

But the dispute erupted yesterday when about 100 girls wore short kilts and socks in protest, proclaiming National Knee-High Day. Some were sent home to change, but more than 500 others signed a petition decrying the ban.

OAC student Laura Jalsevac, 18, circulated the petition opposing the sock ban as an "unfair, unjust rule" that ignored the comfort of female students and the costs of buying full-length tights.

"A lot of girls have their kilts shorter (than allowed) and they wear shorts underneath," Jalsevac said. "But there's a handful of girls who have decided the new thing is to not do that. And they've ruined it for everyone."

Both Gallo and his students blame a small clique of Grade 9 and 10 girls who are wearing thong underwear under their kilts.

St. Mary's isn't the only Hamilton Catholic school trying to keep girls' uniforms under control. Girls routinely roll their kilts up beyond the maximum 10-centimetre point above their knees. At St. Thomas More Catholic Secondary School, things got so bad that the school considered banning the kilt entirely.

"It's seasonal, and you'll notice it more toward the end of the year because girls go through growth spurts," said principal John Valvasori.

"Our dress code committee has had concerns about the difficulty of enforcing the length of the kilt. Some people suggested we remove the kilt completely from the dress code," said Valvasori.

The students' uniform controversy comes just weeks after lawyer Laura Joy was asked to leave a Windsor courtroom because she was wearing a V-neck T-shirt, which the presiding judge found improper.

Outside St. Mary's yesterday, 18-year-old Julia Guastadisegni was enjoying the warm weather in her kilt and ankle socks, even after Gallo sent her home to change.

"He was just walking up to people saying, `You have to go home, you are wearing knee-highs,'" she said. "I don't think it's very professional of him."

But Gallo said the mid-year ban was required because St. Mary's had to quickly "ensure students are dressed appropriately."

"I'm concerned about the school's image and classroom situations where girls are dressed inappropriately, whether it's to embarrass the teacher or not," Gallo said. "This is part of the moral aspect of teaching."

Gallo said he'll meet with his vice-principals next week to discuss whether the ban on knee-high socks deserves a place in the school's official dress code.

For Jalsevac, the knee-high ban has become a standoff. While many Grade 9 and 10 girls backed down yesterday and traded their knee-high socks for full-length tights, Jalsevac says her core group of supporters won't give up.

"After next week, if nothing is done I'm going to have my own little protest and take the detention," said Jalsevac, whose friends say she's about to make history for saving the knee-high sock.

"But I'm going to university next year and don't want to jeopardize that."

She plans to enter politics.


Okay Rob Faulkner just admit it, you liked doing the research for this peace you sick fuck. And who the hell is the publick that keeps on complaining. I have yet to meet the public who is saying that kilts must be longer.

Both Gallo and his students blame a small clique of Grade 9 and 10 girls who are wearing thong underwear under their kilts.
Click to expand...

Damn. I hope this doesnt catch on...
S

where were they when i was in catholic high school ?
D

your a bunch of deviant fuckers

Originally posted by Hi i'm God
Damn. I hope this doesnt catch on...
Click to expand...

what, you mean the thong thing?
H


what, you mean the thong thing?
Click to expand...

Ode to the Catholic School Girls

You know... it's a passtime of some friends of mine to park their car in front of a catholic school and check out the girls.

Would you believe they even took a picture for you guys. Yup journalism at its finest right here!!!

Originally posted by The Watcher
You know... it's a passtime of some friends of mine to park their car in front of a catholic school and check out the girls.

Do I know you?


Children in Ulster are concerned too... 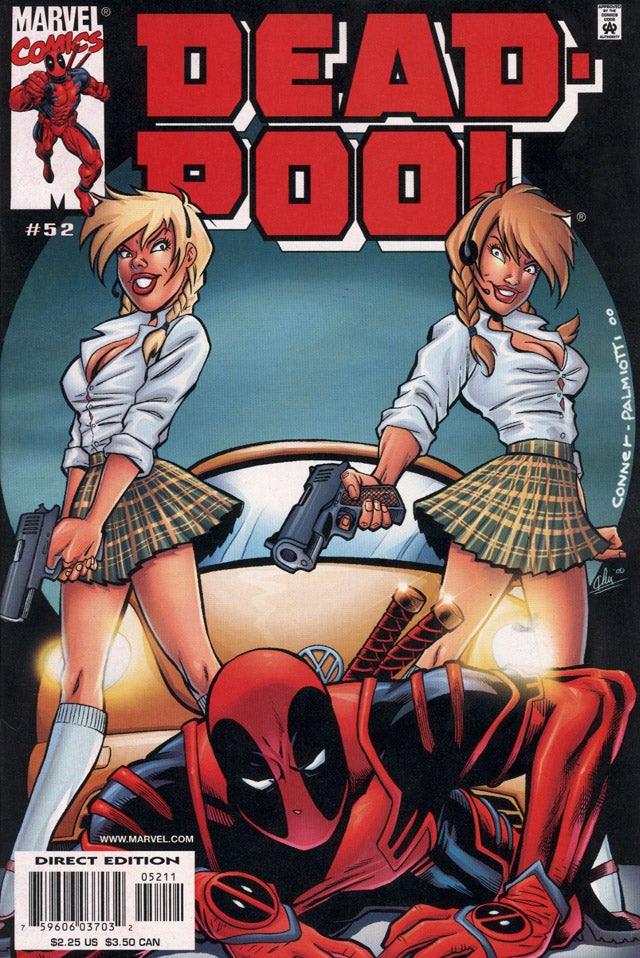 Apparently so is deadpool
L

hehe...I remember shortening my kilt even as far back as grade 7&8, but then again I'm a naughty girl

yikes .......i can't belive girls that young would act so ridiculously skanky (thong girls). I went to a catholic school and had to wear the kilt and the socks. There was always a group of boys who had to stake themselves out under stairwells and such to try and get a glimpse of the girls. For that reason i always wore shorts underneath ...i just can't believe girls that young would want to draw attention to themselves like that ..it kinda scares me. I always felt objectified enough in the stupid uniform and hated all the sterotypes that came with it. I think its about time schools make a change to girls uniforms so they no longer play into this fantasy many people seem to have with the school girl.

Originally posted by The Watcher
You know... it's a passtime of some friends of mine to park their car in front of a catholic school and check out the girls.

riiiiight - some "friends" do that


riiiiight - some "friends" do that

Hey... believe it or not... I work a 9to5 monday to friday, for the last 8 years now... I dont have the liberty of sitting outside of schools.

Although I wish I could. cause I would... but since I cant, I dream

Every year I get older, but they stay the same.

Originally posted by j bunny 2000
I always felt objectified enough in the stupid uniform and hated all the sterotypes that came with it. I think its about time schools make a change to girls uniforms so they no longer play into this fantasy many people seem to have with the school girl.

I can totally see what your saying, I often joke that I blame catholic school for removing my joy of kilts. At a certain point they just stopped having any effect on me. But damn grade 9 was hard for the first couple of weeks, hell I was caring my school bag in front every now and then.

Think its akward for the girls, hey as guys it can be pretty damn uncomfortable too!!!
S

Originally posted by stir-fry
where were they when i was in catholic high school ?
Click to expand...

schoolgirl uniforms are yum....but not on 13 year olds....only on 19-21 year olds who are trying to LOOK 13 to indulge my sick sex fantasies haha!