It is happening to us too: Wireless firms agree to give Ottawa ability to monitor calls, phone data

When wireless companies apply this week to bid on newly available public airwaves, they will also be committing – again – to an unpublicized accord that governs how they will help police and intelligence agencies monitor suspects.

For nearly two decades, Ottawa officials have told telecommunications companies that one of the conditions of obtaining a licence to use wireless spectrum is to provide government with the capability to monitor the devices that use the spectrum. The Sept. 17 kickoff of the auction-countdown process will underscore that commitment, made out of sight of most Canadians because it is deemed too sensitive by the government.

Any firm taking part in a wireless auction can obtain a copy, but the contents are not available to the general public.

But The Globe and Mail has obtained past and current versions of the accord, which governs the way that mobile-phone companies help police pursue suspects by monitoring telecommunications – including eavesdropping, reading SMS texts, pinpointing users’ whereabouts, and even unscrambling some encrypted communications.

Wireless carriers are told they must be ready to hand over such data should police or intelligence agencies compel the release of the information through judicially authorized warrants. Such information goes well beyond traditional wiretaps, and also includes phone logs and keystrokes.

Police and intelligence officials say the surveillance is crucial, given that it can help them gather evidence, make arrests and locate missing persons.

Mark Langton, a spokesman for BCE Inc., also said his company only provides police access to its systems if it sees a court-approved warrant. “The standards are public and are a requirement for a wireless licence – they would for example be made available to anyone taking part in a spectrum auction,” he said.

While the SGES accord is a linchpin of today’s lawful surveillance in Canada, it is hardly known to anyone, outside of government and industry circles. “This document contains sensitive content and is not publicly available,” said Jean-Paul Duval, a Public Safety Canada spokesman, in an e-mail declining an interview. (This federal department, which oversees the SGES accord through its National Security Technology Division, succeeded the old Solicitor-General’s ministry.)

Practices are different in Canada, where the SGES accord spells out how corporations can lawfully help police target individuals. Still, federal privacy officials say they are concerned by the lack of transparency surrounding the accord.

“We would suggest that a piece that governs the behaviour of telecom providers licensed to operate in Canada ought to be available for public discussion by parliamentarians, academics and security researchers,” said Scott Hutchinson, a spokesman for the Privacy Commissioner of Canada.

“Real-time, full-time” eavesdropping on conversations is just one of the capabilities sought by police, according to the standards. Authorities also want records of call logs, texts, keystrokes and other data, including “the most accurate geographical location known.”

Once surveillance is up and running, the telcos are told to pass along what data they can in a fraction of a second. “Call-associated data will be made available within milliseconds ... 100ms-500ms is the desirable target,” says the directives, which add that the intercepts are relayed via secure lines to a “law enforcement monitoring facility.”

The companies are also told to help authorities screen out calls between suspects and lawyers. Carriers that help their customers scramble communications must decrypt them. “Law enforcement requires that any type of encryption algorithm that is initiated by the service provider must be provided to the law-enforcement agency unencrypted.”

from the globe and mail:
Wireless firms agree to give Ottawa ability to monitor calls, phone data - The Globe and Mail

It all still requires a warrant from a judge and nothing has really changed over what's been already going on for years.

I think it's a bit of a misnomer to say "us too" as this is still MUCH different than what the NSA is doing in the states.

This reposting the news with no commentary bit is getting old and it's quite impolite to the source of the material.

Perhaps we should just mirror Tribe content to some other site that isn't filled with large ads?

Staff member
The idea that Canadian telecommunication companies have to hand over the keys to your privacy to the government in order to get wireless spectrum takes this whole government-spying-on-the-public thing to the next level IMO.

But this is based on providing a judicial warrant. Haven't they had to do that for wireline since the beginning? This isn't like the NSA thing in the states where they can just monitor what they want without Probable Cause.
B

I'm shocked that anyone is shocked about telecommunications monitoring.
B

I'm not worried. Never text what you can say...with the battery out of your cell. (I often leave mine at home).

So what...person to person communication is where its at...always has been. A cell is a fucking radio. You are effectively broadcasting anything you do/post through it over cell towers. This has been a fait accompli since the tech came out.

Privacy is non-existent on most of the "modern technology" out there. So what? All the more reason to do things old school and get together with people sans-cell/tablet/whatever, and kick it right.

Umm, just to be clear here... Blysspluss you don't talk to anyone until you take your cellphone battery out first? Because you think the government is using your dormant cellphone to listen to everything you say?
D

If so can I interest you in this lovely hat? 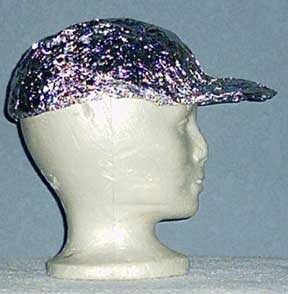 What's next, outrage over email in cleartext?
O

DJ Doublecross said:
Umm, just to be clear here... Blysspluss you don't talk to anyone until you take your cellphone battery out first? Because you think the government is using your dormant cellphone to listen to everything you say?
Click to expand...

While I tend to agree with your proposal, I've read articles on security experts and information sensitive personel who do exactly this.
B

DJ Doublecross said:
Umm, just to be clear here... Blysspluss you don't talk to anyone until you take your cellphone battery out first? Because you think the government is using your dormant cellphone to listen to everything you say?
Click to expand...

To be clear, I'm holding a radio(with GPS!) in my pocket, so no I don't keep it around all the time.