TV viewers angry that man didn't get eaten alive by giant snak
In early November, the Discovery channel sent shockwaves throughout the web by announcing that a man would be "Eaten Alive" by a giant South American snake during a TV special.

Network promos indicated that 30-year-old naturalist and wildlife filmmaker would be donning a custom "snake-proof" suit for the stunt, and that he would "enter the belly of an anaconda” before somehow making it back out alive.

While Rosolie himself confirmed last month that he had survived the pre-filmed stunt, many were still skeptical about how exactly he got into — and more importantly out of — the snake.

Some, like renowned zoologist Frank Indiviglio, even called the cable network's bluff, claiming that it was "not possible" for a human to enter and emerge from the belly of a giant snake unscathed.

Unfortunately, as droves of disappointed viewers learned last night when the special finally aired, critics appear to have been right.

Rosolie did survive the stunt, but that's because he wasn't actually eaten by an anaconda. Not even a little bit.

The first 70 minutes of the 2-hour-long TV program focused on Rosolie and his team travelling through Peru's Amazon jungle in search of a 25-foot-long anaconda that Rosolie says he once encountered.

Eventually, the team settled on performing the stunt with a 20-foot, 250 lb green anaconda (which may have been a captive snake planted in the jungle for Discovery's stunt, according to PEOPLE.)

With just 20 minutes left to go in the special, Rosolie put on his crush-resistant, pig blood-covered suit and attempted to feed himself to the snake as scientists and emergency responders looked on.

After some initial resistance, the snake ended up constricting itself around the show's star — but just as the animal was opening its jaws widely enough to place a few teeth on Rosolie's helmet, the stunt came to an abrupt stop.

"My arm's torquing, this thing is gonna break," Rosolie told his crew through the microphone in his suit. "I'm calling it, I need help!"

In total, Rosolie struggled with the anaconda for about eight minutes before his team rushed in to free him.

You can see what very little of Rosolie's suit the snake consumed (or rather "tasted?") at minute 1:43 in the video below:

Needless to say, many of the show's viewers were disappointed by the utter lack of snake-eating-a-man action after sitting through nearly two hours of Rosolie and his team traipsing through the rain forest.

The #EatenAlive hashtag exploded on Twitter as the program wrapped up.

Many accused Discovery of misleading audiences with its promise to broadcast footage of a man being eaten alive by an anaconda.
Click to expand... 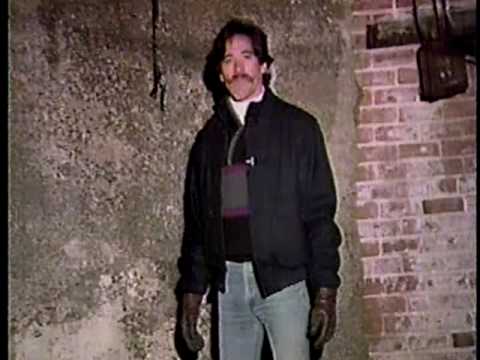 What kind of a world do we live in where a show will not deliver on the promise of a man willingly being consumed by a snake?

At least Discovery Channel did signify their selling out to TLC type programming loud and clear.

who throws a snake? honestly?

There was nothing in Al Capone's vault, but it wasn't Geraldo's fault...d'oh!

el presidente Highsteppa said:
What kind of a world do we live in where a show will not deliver on the promise of a man willingly being consumed by a snake?

At least Discovery Channel did signify their selling out to TLC type programming loud and clear.
Click to expand...

this entire premise is everything thats wrong with sensational media garbage, its click bait for people that dont like computers.

WHO THE FUCK CAN SURVIVE A 20ft fucking half ton anaconda CRUSHING them.

snakes crush all the parts first before they eat you. You ' may ' be alive, but you wont be for long.

You dont end up inside the snake still alive to talk about it......

But OH NOES, the outrage of the fucking morons. LET ALONE if you manage to somehow get in the snake alive, then what?

KILL THE SNAKE just to get out?

anyone that wanted this to happen should expire before 2015.

make the world a better place and kill yourselves please.
S

Next week they're pitting the real giant anaconda that they couldn't find in a battle against Megalodon from shark week.

After that Timmy's snake fiasco, just send that anaconda after Burger King.

silver1 said:
Next week they're pitting the real giant anaconda that they couldn't find in a battle against Megalodon from shark week.
Click to expand...