In an Indifferent Toronto, the Pan-Am Games Land With a Thud 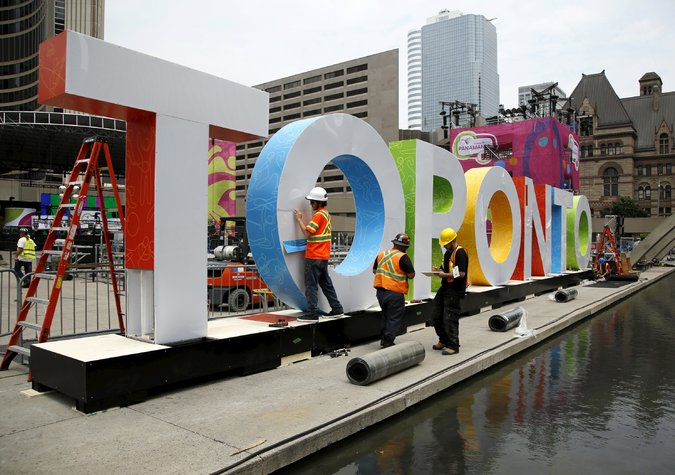 TORONTO — The new mayor is excited about his city’s big moment in the spotlight, but hardly anyone else seems to be.

After six years of preparation, construction, marketing campaigns, controversies and snags, the Pan-American Games officially open here on Friday, and some preliminary competition rounds are already in progress. But most Torontonians seem to be greeting the event with a shrug, and Mayor John Tory is so exasperated that he has taken to lecturing them about their attitude.

“I think the only sport that we’re not playing in the Pan-Am Games is sort of moaning and groaning,” Mr. Tory told the Canadian Broadcasting Corporation on Monday. “And Toronto, on a regular basis, would be qualifying for a gold medal in that.”

Some residents are annoyed by how much the city has spent to get ready — the total budget is 2.5 billion Canadian dollars, or about $2 billion — and others by the risk of snarled streets. But many seem to be reacting to the arrival of the event in their city this week the way they would to a new tattoo discovered the morning after a wild night. The Pan-Am Games have landed in Toronto, it seems, with a thud. 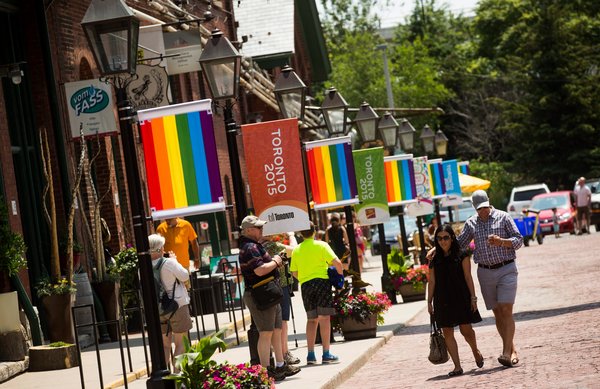 “Other than having to deal with the traffic, I haven’t had any idea that the games are going to be going on,” said George Sakellis, a banker who was out shopping on Monday near a subway stop for the largest competition site, the Canadian National Exhibition fairgrounds. “I haven’t really felt the buzz for the games,” he said.

Barring some final work at the fairgrounds, the city was all set logistically. A new express rail link to the airport has been running, an industrial wasteland has been redeveloped and large numbers of enthusiastic volunteers were on hand for orientation and training.

But too few spectators seem to care. Only about 800,000 of the 1.4 million available tickets had been sold by Monday afternoon, despite a last-minute discounting program offered by a major bank. Local news media reports found that hotel rooms were still available in abundance. And the public discussion, such as it was, focused not on the events but on the disruption caused by blocking certain lanes on the city’s already congested expressways for the use of official games vehicles and high-occupancy vehicles.

“What they haven’t done is capture the hearts and imagination of the country,” said Brian Cooper, the president of the S&E Sponsorship Group, a sports marketing company based in Toronto. “When was the last time you stopped your summer to watch the Pan-Am Games?”

Canada is a country where winter sports predominate, and the Pan-Am Games have never been of immense interest, not even when they were held in Canada in 1967 and 1999. Toronto’s bid to host this year’s games seemed to have more to do with trying to lure the Summer Olympics than with any interest in uniting the Americas through sports.

The bid, mounted in 2009, was largely the work of Bob Richardson, a public relations executive and high-level Liberal Party strategist. Mr. Richardson was a driving force in an unsuccessful bid for the 2008 Summer Olympic Games, and he was a co-chairman of Mr. Tory’s successful mayoral campaign last year, even though Mr. Tory is a Conservative. That campaign bridged party lines to defeat Rob Ford, Mr. Tory’s pugnacious, erratic, scandal-prone predecessor.

Mr. Tory and other public officials do their best to avoid answering questions about Toronto’s future Olympic aspirations, but Mr. Cooper and many others said that it was clear that the Pan-Am Games were sold to the Liberal provincial government of Ontario partly as a tryout for the larger event.

Once Toronto was chosen, the sparse attention the games attracted mostly involved controversy. Some residents, including the writer Margaret Atwood, were angered by a plan to replace a lawn at the University of Toronto with artificial turf for field hockey, which has a very small following here.

More troublesome were news reports that games managers had been both petty (claiming 91 cents in parking fees) and profligate (spending over $900 for drinks at a meeting) with their expense money. That, combined with a controversy over 7 million Canadian dollars promised to executives as bonuses, led to the dismissal of the organizing group’s chief executive at the end of 2013; he was replaced with a senior provincial official.

In a country where even minor misuse of public money can be the stuff of scandal, some observers think the Toronto games never got over the black eye.

“For the general public, there has been an apathy which is being driven by a dissatisfaction with the management of the games,” said Cheri L. Bradish, who teaches sports marketing at Ryerson University in Toronto.

Making matters worse, officials have been issuing early and frequent warnings to adjust travel plans because of the expressway lane closings, resulting in apocalyptic news coverage.

“You can’t do that for weeks and then turn around and say: ‘It’s going to be great,’ ” Ms. Bradish said.

Some of the sports in the games are popular, like soccer, but many are niche pursuits like archery and roller figure skating, and there is a general absence of celebrity athletes.

Even the games’ mascot, Pachi, presents a marketing challenge: In a departure from the usual cute and cuddly, Pachi is a porcupine, with 41 quills representing the participating countries.

Talk to Saad Rafi, the chief executive of the organizing committee, and water glasses soon come up in the conversation.

“I’m just not a glass-half-empty guy,” he says. He was quick to point out that 100 Pan-Am events had sold out by Monday, including the opening ceremony, which is being staged by Cirque du Soleil. “We’re pleased with were we’re at,” he said.

He said the griping in the city was typical of what goes on before any major international sports event, and cited complaints in Vancouver, British Columbia, before the 2010 Winter Olympics, which were widely viewed as a success.

But Ms. Bradish, the sports marketing specialist, said she believed that the antipathy in Toronto was much greater than what Vancouver experienced.

And she noted that unlike the Winter Olympics, the Pan-Am Games have no events like ice hockey, played by Canada’s best-known athletes, to build good will.

One thing the Pan-Am Games are not doing is pulling many visitors from afar. Mr. Rafi estimated that only about 11 percent of ticket holders live outside the Toronto region.

That may be a worry for Chris Jones, the floor manager at Paupers Pub in the Annex neighborhood downtown. A chalkboard outside was promoting a drawing for Pan-Am tickets, but “people are not pouring in the doors for it,” he said.

“I don’t know of anybody that’s really excited about the games,” Mr. Jones said, as a Toronto Blue Jays baseball game played on the television behind him. “But we’ll see what happens when we actually get people in town. I’m hoping it helps, really.”

We don't want a fancy circus, we want a fucking mass transit system

Toronto's a great city and all like we see in the news but we're also NIMBY, knee jerk reactionaries, PC overkill and generally like to bitch and complain about everything but then pat ourselves on the back when we get kudos from the outside world. We're like the Facebook of the modern world.
D

any reason why this wasn't posted in the Pan AM thread? probably should be merged...

i can understand the indifference to the games by most people. The amount of money spent on it ($2.5 billion - more than $1 billion over the initial estimate) is pretty obscene given where that money could have been better spent in the city.
K

not to mention at a time when Ontario is teetering on another recession. Yet Transit infrastructure takes a further backseat when future costs will only increase further

dj vuvu zela said:
any reason why this wasn't posted in the pan am thread? Probably should be merged...

I can understand the indifference to the games by most people. The amount of money spent on it ($2.5 billion - more than $1 billion over the initial estimate) is pretty obscene given where that money could have been better spent in the city.
Click to expand...

Regardless of whether you agree we should have the games or not, there is no point in continuing to complain anymore. Get over yourself and enjoy it. I certainly am.

The free concert series is RIDICULOUS!!!

That was me just skimming through the schedule at Nathan Philips, Exhibition and Harbourfront. Ridiculous.

And as far as the actual athletic events frankly practically everything I want to see is sold out for medal rounds. Have you ever watched a major sporting events preliminary rounds and looked at the stands? They are always half empty at least until medal rounds.

I live right in the middle of everything and I've been impressed by the organization and the volunteers.

Stop the whining. It's not a good look.

I think it's due to really bad event promotion.

Why do I have to open the PDF guide to find out there's an Android and Iphone app? That doesn't even link me to download their app.

Hmm - mistaken have started a wrong thread of discussion..

The worst are people who are actually hoping it is a gigantic failure. There is no value in that outcome. Not even when it comes to stopping a future Olympic bid. Worldwide cities are turning away from the idea of hosting large international sporting bids and succeed or fail there will not be an appetite to go forward with a bid for Toronto regardless.

I'm in tax hell right now. All my money is in and out. Good to see they're spending 2 billion dollars on shit I won't even watch.

We have tickets to the Women's football final. That's as far as I go.

I'll go see USS. There. the last year of tax shit made it worth it.