If you dress like a "Slut" you're asking for it.

The guy apologized for it but I'm sure he was up shits creek without a paddle and was forced to do it by the Police Board.

I love this part:

“You know, I think we’re beating around the bush here,” the officer said, according to Hoffman. “I’ve been told I’m not supposed to say this, however, women should avoid dressing like sluts in order not to be victimized.”

Sorry if this has been posted already, but seriously how did this cop think he was going to get away with saying that?

Sure but when he gets back to the station his buddies will be all, "you're totally right."

...which is a big part of why women don't go to the cops when they've been assaulted - the police simply don't offer a welcoming environment. 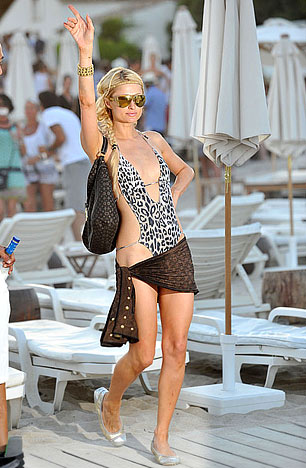 so hard to tell these days. I mean look at those kids out there.
M

Most women probably wouldn't admit that they secretly think that Paris Hilton (especially in that photo) totally deserves to be date raped. Not viciously raped. But date raped.

Maybe it's offensive because it scares people to think that they themselves probably think this way. It's like when people make light racist remarks and we all get all up in arms meanwhile, the uncomfortableness comes from our own internal racist dialogue.

Anyway, dumb comment. How did he not know he'd get a negative reaction from that?

If you say stupid shit, you're asking for it.

Yeah there is no sliver of truth to that comment at all. Dress like a slut or walk around naked it doesn't matter you gonna get raped.
T

Men can't be responsible for their own actions, burka's for all the women! It's our only salvation...

Oh and Hiliary should have been on her Knees first. "listen bitch I got this"
F


*** I really don't agree with the rape comments tho. Any guy raping women deserves the ass slaying he's going to get in jail***
Last edited: Feb 18, 2011

Is there any data on what triggers a rape? I would assume rapists usually target a situation or opportunity and the clothing had little to do with it.

The Current on CBC Radio this morning was talking to a woman who is leading the charge for gender equity in Italy - very topical given Prime Minister Berlusconi's current situation. People outside of Italy forget that his sexist reputation is well-earned. He owns three of Italy's major television networks and has specialized, since 1983, in presenting women as objects.. He produced the first television show that openly exploited women (in a modern sense), "Drive-in", with air-headed females being judged on their body parts, even having them play pieces of furniture. It's been going on for so long that viewers (60% of which are female in italy) consider it normal. Young girls grow up wanting to be showgirls on teevee. The times I've been in Italy and the horrible shows we import here on OMNI make it pretty obvious. It's a choice between soccer, news and titty shows. Italy is just starting down the road toward equality now with the recent mass demonstrations by women.

The Italian problem sort of speaks to what we're dealing with here. It's sort of a chicken and egg thing, our society promotes revealing fashion trends and our media are more or less constant titillation, shows like the Jersey Shore promote air-headed females and a jock mentality in the males. No one's saying women should wear the hijab to avoid tempting the men (in the Middle East all that seems to do is make the men closeted homosexuals), but when we're telling young girls to dress suggestively and also telling boys they should treat women like garbage, then we're sort of on the wrong track.
H

The Court of Cassation provoked international outrage in 1999 when it quashed the conviction of a previously convicted rapist, saying it would be impossible to forcibly remove a woman's tight jeans if she resisted.
Click to expand...

While campaigning for local elections in Sardinia Sunday, Berlusconi was asked by reporters to comment about an interior ministry proposal to deploy troops on city streets after a series of sexual assaults on women.

"We can't think of deploying a large force," Berlusconi said. "We would have to send as many soldiers as there are beautiful girls. And I don't think we would manage."
Click to expand...

I hear Ho5er shared a smoke with the cop before he gave that speech and kind of lightly guided him in that direction.
M

Really, rape is about power so if it's a night time campus rapist, I doubt he's targeting women who are scantily clad. I think it's just whoever is the most vulnerable.

This where the debate kind of goes squirrely. It's offensive to women to hear a man say 'if you dress like a slut don't be surprised if you're raped' but on the other hand, there doesn't seem to be much proof that rape is actually caused by a woman dressing suggestively. By the same token, plenty of women get laid properly with men they lured into bed by wearing suggestive clothes (or at least, the clothes helped by getting the man's boner going) and lingerie - and some of those women probably act out rape fantasies too - but of course it's a fantasy. A real rape isn't a fantasy situation or possibly not even a sexual one and like Sunny said, it's vulnerable women in the wrong place at the wrong time that get assaulted, generally. A woman could be wearing a parka and long johns and still get assaulted. It's an act of control and hate. Suggestive clothing is a two-way street - a woman dressed suggestively is more likely to be confident about her appearance and more confident in general - and as a result is actually intimidating to many men. That said there are plenty of sexy morons who give it away and who pretty much define what we call 'slut'... Seductress... or slut... it's pretty much about attitude.
G

Stupid on every level
V

Zorro said:
I hear Ho5er shared a smoke with the cop before he gave that speech and kind of lightly guided him in that direction.
Click to expand...

you are currently winning the internet today
Z

Different women have different styles it's how they carry it I would say.
D

Really, rape is about power so if it's a night time campus rapist, I doubt he's targeting women who are scantily clad. I think it's just whoever is the most vulnerable. 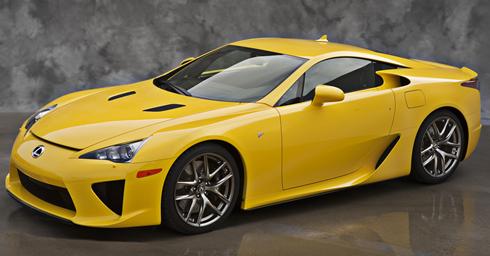 videotronic said:
you are currently winning the internet today
Click to expand...

I feel like a bunch of women are going to come in here and start shitting on this dumbass guy conversation.

However I know a couple of girls who would/could wear that and the word slut might come to mind for some.

I'm going to stick my foot back in my mouth.