A homeless man in China has developed an Internet following of thousands who admire his "good looks" and "bohemian dress sense," the Independent reports. The man lives in Ningbo, and is referred to on the net as "Beggar Prince," "Handsome Vagabond," and, most commonly, "Brother Sharp." One commenter wrote in response to a picture comparing him to a look from the latest Dolce & Gabbana show:

"He doesn't really look like a beggar, more like a vagabond. The quality of this person's tops are all not bad, a down jacket, cotton jacket, even a leather jacket inside, and though they're a bit dirty, they're all in good condition, not the kind that beggars find from the trash."

After Erin Wasson and the Sartorialist praised homeless style, someone like Brother Sharp becoming an Internet fashion sensation was probably only a matter of time. And it's still beyond awkward, not to mention disturbing:

Brother Sharp is said to appear mentally disturbed when approached on the street.

Some say he's a college graduate who lost his mind after his girlfriend left him. Apparently some bloggers who tried to help him wrote that he'd cry out without speaking when approached. If they like the homeless look so much, Ke$ha would probably love the attention. 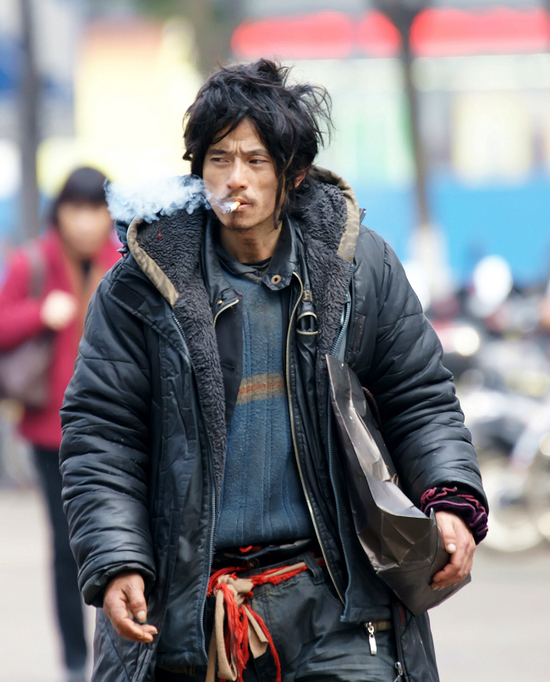 I think I have the black lung pop. Dammit Derek you've been down there one day
S