I have invented a new app

The guy who woke up in my bed suggested it.

It's like Tindr, or Grindr, but it's for black people who want to punch each other out.

Except, you can't say "black" anymore. So, we were thinking, negros, coloured, curly pubes, blackface, cotton picker, "nigger", eventually we sat on "African American" but, I felt this was disclusive because lots of Americans are neither African nor American.

But lots of violent imprisoned people wanna beat each other up.

So our app is how to hook up to beat the fuck out of someone, kind of like Fight Club, but for niggers in jail.

But then we started thinking, hey, there are lots of sand niggers too, you know, miscellaneous muslims who wanna kill each other. So, We should include them too.

This is the perfect opportunity for cops who wanna kill or hurt black guys. That's premium cost.

My partner and I think niggers and muslims love killing each other so we are making a way for a peaceful world where they can kill each other and we can profit. IPO late July.

Ah, ok, I thought this was a joke. Beautiful boy is sleeping.

My first response is to just lean back and drink champagne.

My second response is, $25k in just one day? I should wake up beautiful and alert him that we may be on to something.

Got some money, that was easy. Need a developer. Like a co-op or something.

Must be male, cute, and willing to put up with sexually ambiguous boss.

i want you to put that 25 grand into it, and step back, and watch your 25 grand go bye bye.
document everything, so we can see it all go down the shitter.
J

ndrwrld said:
i want you to put that 25 grand into it, and step back, and watch your 25 grand go bye bye.
document everything, so we can see it all go down the shitter.
Click to expand...

Not sure how this works but, give me money.

"An app for people who wish to violently encounter another person in an adult, consensual, litigation and consequence free manner."

If you give me money, you get no shares or any other kind of investment in my app. My friend, who is quite beautiful, will have more say than you. I am up to just over $30k now, which is more than enough to make an app in my spare time.

So, this is an open invite to young people who code in Java. I'll give you $20k to code my app. It's called "Fightr".

Our business has already expanded to include all people who want to beat the shit out of someone, not just black people in jail or muslims.

Oh, also Mexicans. Nothings better than a bunch of Mexicans go at it.

You know what, we could add chickens into the mix.

OK! Adding to necessities of the job are imagination and a general violent bent. You should be the kind of guy who likes to see Mexicans fight with chickens and razor blades. Also, you should like to code naked and be able to annotate your code while drunk. You'll be paid in cash and cocaine. Must be able to work unsupervised.

Also experience with the American justice system is a plus, and knowledge of how to get cell phones to inmates highly valued.

praktik said:
I want the 20 seconds back it took to read this
Click to expand...

Dude, it only took you 20 seconds to read that?

Re-read it and think about all the in-app marketing that's possible. We could licence cops by county and badge number. They can go head to head with not only black guys and Mexicans, but also Muslims and general trailer trash. Consequence free! In fact, encouraged!

Everybody knows cops want to beat the shit out of random innocent losers; this is an outlet to do it properly! Like UFC! We can add an option for tasers or barb wire! I mean the possibilities are endless. We could get a specialty channel on HBO.

Wanna invest? Give me money! Code for cocaine!

Ok I am working at the speed of the internet.

I have hired M. U., a strapping young gentleman who, among his many character flaws, does not do cocaine but is very happy to accept twenty thousand dollars in cash to write my app.

He has seen this thread and questioned some of my ideas, which is fine..

My partner, who is neither gay nor awake, is still in fucking bed wearing a dinosaur costume. I alerted M.U. to the fact, he was rather comfortable about it.

You know, when you're young, I guess nothing matters.

I asked M.U. about my hiring process, he seemed indifferent. I also asked him about trolling Tribe at 5am on a weekend? He answered "Well isn't that exactly the kind of guy you need to code Fightr?" Bam he was hired.

I said to him "Anyone who codes Java must know C..."

He's a student at Conestoga College and just met the best boss ever.

Punch the nigger out of that guy. 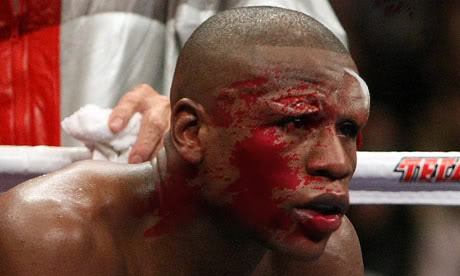 Despite having raised $30k, Kickstarter has rejected my project due to "policies that do not align with our goals."

So what am I supposed to tell M.U.?

I don't need $30k of kickstarter money. I can do it myself.

This PHP script is so easy to hack, I have all of your IP numbers.

Not sure what to do with them, or whether they're useful, but,

Hey AlexD you should use https://

Don't worry, your passwords are hashed so, even if I wanted to I can't do anything with them.

I have a friend who's making a case for iPhones, and Android devices. It's a modular system where you can substitute all sorts of wicked shit out, and he's got 30k in a week, and it's slowing down from their 70k Goal. 30 days left. They're all engineers so they can make this happen.

Also iOS no longer tries to auto-correct "jeffsus" on my devices. Not sure what that says about me but it's a thing apparently....

or maybe not.
J

Muay U is actually Malaysian, I thought he was Chinese.

I told him that the funding issue was a non-starter. So I couldn't pay him.

He countered with the fact that his parents are from Singapore, he's 21 and would like to invest in this sort of venture.

I was just joking but, the internet can turn jokes into money. Like AOL.

videotronic said:
You know it's been a great weekend when there are 4+ new jeffsus threads on the front page

Also iOS no longer tries to auto-correct "jeffsus" on my devices. Not sure what that says about me but it's a thing apparently....
Click to expand...

Something about this post makes me want to make you a stir fry, with kaffir lime (the astute among you will notice that "kaffir" and "heretic" are the same in Arabic, Praktik, I'm looking at your empty brain), some fish sauce, chicken and wide smiles!

I like you Videotronic. Please bring your GF to my house for ravenous discussion and food. AND WINE.

Ah no, sorry, "kaffir" for me means a highly tastey leaf from a lime tree that makes my food taste better, in the Islamic world it means a girl who has not yet had her clitoris cut off.

videotronic said:
You know it's been a great weekend when there are 4+ new jeffsus threads on the front page

Also iOS no longer tries to auto-correct "jeffsus" on my devices. Not sure what that says about me but it's a thing apparently....
Click to expand...

As much as I love your face and general demeanour, you do not qualify for FightR.

perhaps speak to our product development team. Lose some teeth, bleed a bit, get some wrinkles, speak like you're from Kenucky (the south part), and submit photos of your junk.

The junk photos are very important.

So, Muay is hopefully, carefully, coding away in my office.

Ah, at 2:00pm I delivered him some noodles, he seemed ok with that.

So, FightR is gonna be hosted in the cloud in AWS, ah, scalable, multi-tennant,

actually I have no idea but Muay is pretty serious about it. I did have to pay AWS though.

So I guess, if you feel really violent, and maybe Asian, ah Muay and I have a place for you?

He says we accept paypal but he's been in my house for a week now and I'm measuring how cool I am with that.