I can't believe nobody has said anything about DE LA SOUL

De La Soul was the best show I have seen in forever. I was a little skeptical to be honest. Why so? I was worried they'd only play their new stuff, which is good, but not classic de-la.

The venue was perfect: centre stage at habourfront. The weather was superb, and it wasn't very busy at the beginning, so easy to get good seats (general admission).

The show started at 8pm, but De La went on at 945ish. Not a bad time at all, considering most hip hop shows start at 8 and the act goes on at 1am.

They came on with a super amount of energy. They started to play some 3feet high and rising stuff, some stakes is high, some AOI, some grind date, some buhloooone mind state (most slept on album). Some of old, some new, some in between. THey had the crowd singing along for 90% of the songs. Their energy was infectious.

Towards the end, the last song was "for the ladies" . So they called up 8 chicks from the crowd, ONE OF WHICH WAS L-BOOGIE AKA THE DOCTOR! Right centre stage, there she was, dancing with de la. I'm sure that'll be something she won't forget.

All in all, for the haters, a great show. They showed what a REAL hip hop act is supposed to be like. Wow. Impressive.

Agreed. It was a pretty hype show. Too bad Maseo couldnt make it. I wish the mics were a little louder because you could tell they were really rhyming on point, but the music was drowning them out.

Loved the part where they would 'freeze' and hold it for like 45 seconds until the beat dropped again.

The crowd was surprisingly loud, and the cheers for the encore were great. I was not expecting much, having already seen them at DEMF (similar outdoor stage set-up) and was pleasantly surprised.

ps. a Native Tongues reunion concert would be crazy
J

de la puts on a good show fo sho. I remember seeing them in 97' at the warehouse and losing my voice the next day due to the amount of singalong bizness.
M

totally fun, but for the maniacal beer situation.

opening dj was smooth and de la was a jumpin good time. great connection to the crowd. lotsa fun.

mingster said:
totally fun, but for the maniacal beer situation.
Click to expand...

You were there Mel!!?

DJ Law threw down something fierce, check him on the on project bounce on CIUT every weeknight @ midnight 'till the early am

and how many parties you hit up lately where peeps bum rush the stage? get on point and sing along like polska said, to pretty much every song?

had a great time from start to finish. it's all in the company you keep


i'm getting that upper playground shirt no matter what
T

Pics are coming ! Steve sent me a couple but I am presently a little too embarassed to post them up

But seriously, what a great night. Chilled with Greg and Sista Kris before hand, sipping some wine and smoking a little J on the way to show. Got there rideeeculously early, only to find Harbourfront the most beautiful setting ... sun was going down and there was the craziest light. PIcs are on their way soon.

Hghlight of the pre-show was spilling an entire beer into my shoe. I couldn't for the life of me remember why my feet were so stikcy the next morning (and why my left shoe smelled funny). Then I checked my phone-pics and realized why ... so silly.

De La was fantastic. I don't know half the lyrics but it didn't matter. Everyone was singing and they have such good stage presence. We were right up front, which made it all the easier to hop up on stage when the time came Man ... busting a move on stage with De La .. things to write home about.

Thanks G, Jake, Steve, Aly, KB, for a great night. Doin' up again for the roots in a coupla weeks!!
T

Everyone make some NOISE!!!! 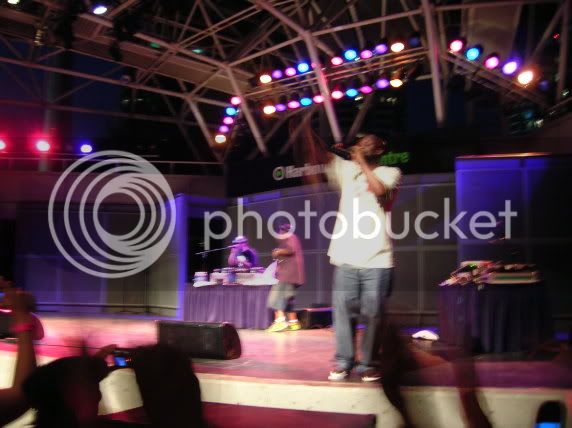 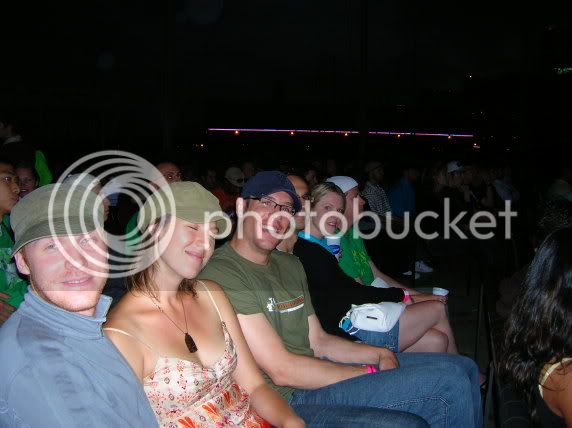 Looking happy right before I spilled that beer in my shoe ... (or was that after ...) 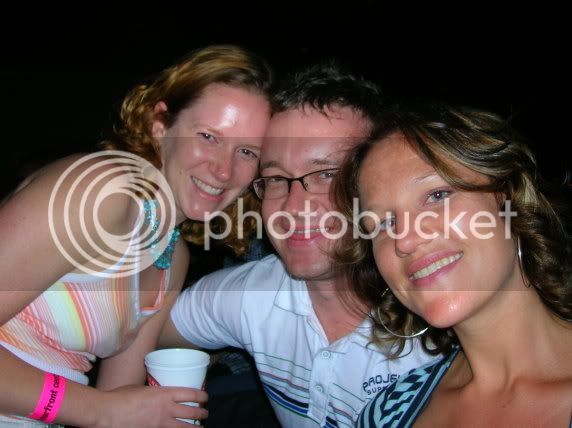 Ridiculous. Are those really my dance moves ?? 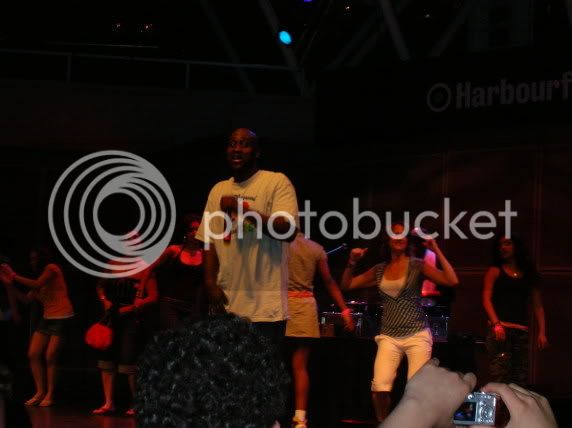