I am going to relocate home and office outside of Toronto. Where should I go in Ontario?

Staff member
A close friend sold her house and will probably move to the states. It got me thinking deeply about why I even live in Toronto.

Most of my favorite restaurants are gone now. I rarely see the old friend group anymore because most have moved out of Toronto. I don't go clubbing, movies, etc.. anymore. I don't make annual trips to South Africa any more so I don't need proximity to Pearson. My needs have changed.

I don't even run the big iron anymore, the tribe servers that sometimes had to be manually re-booted in a server rack downtown. Now we are on cloud servers.

I need to get the precious metal products for the new TRIBE direction cast in the jewelry district downtown and my gemstone and tool suppliers are there too. But I can courier stuff in to my precious metal casting guy. I reckon if I am near to the via rail corridor I could come in every couple of weeks to buy supplies. Or drive in. I would have to buy a car.

So I decided that is what I will do. I am going to sell my place in Leslieville, buy a new place in the spring, and be moved into a new base of operation by next summer. That's the plan.

I am initially thinking Niagara Peninsula, Norfolk county (a lot of those racecar people probably had heated garages on their properties.). I love the Lake Huron area out Kincardine way and also Bancroft, but both might have too short a growing season for me. I like Bancroft area a lot, but those winters are too long.

Near but not on water. Maybe a few other artists nearby (or if not, I'll build an artist community).

Any ideas for a new areas for me to look? Suggestions welcome!

It's got it's charms and you can head into KW for fun events easily enough in not so much time! 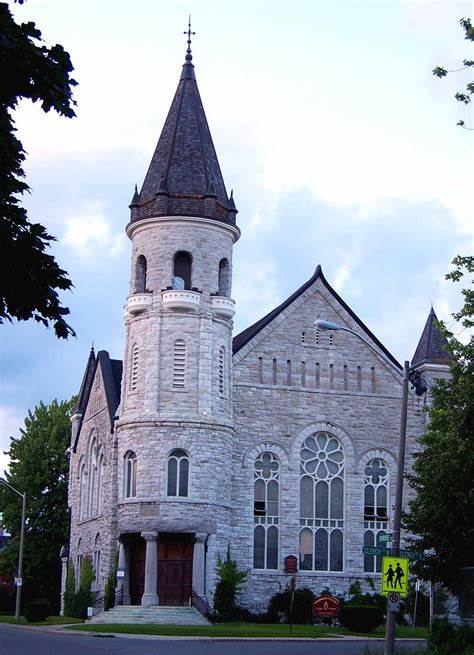 Seems to be lots of old building in Kingston from my quick net search . I like that. What's it like to live in Kingston?

Staff member
This is kind of a scary thing to be doing, but also exciting. I guess scary things are often exciting. Anyway, even though I still see myself as 19, the old body is failing bit by bit and I have to make preparations for that. I hope to find a home that is old dude ready, perhaps the previous inhabitant modified the place a bit with grab bars, for example. Maybe a small 1 story bungalow to minimize the stair climbing. I am up and down the stairs in my current 3 floor place all day long, and while I can do it now, in 10 years, maybe not.
You must log in or register to reply here.
Share:
Twitter Reddit Pinterest Tumblr WhatsApp Email Share Link
Top