I remember Joe would always come into Mudshark talking about the scene and House and often mentioning people like Tim Patrick (he really loved Tim and his dj'ing), Peter & Tyrone, Michael Drury, Ms. Lindsey (sp?), Kenny Glasgow (always reminiscing about the early days of House with JMK) and Dino & Terry. His eyes would light up everytime a new issue of Tribe came in, always looking to see if someone had snapped a shot of him (and often there he would be in the pages).

Joe was a legend of the House music scene and lived to dance. Going back to the Electric Circus days, he was an innovator of dance and a resident entertainer for over 2 years. In regards to Guelph, he has been here since day 1 of the scene! Since Dean Russell did university radio on CFRU (over 10 years ago), since Janos K (Nasa) and Rick Knapp (Rico) started promoting House music at The Underground through to Transient Thursdays (the beginnings of the Van Gogh's Ear scene), Bloom! Wednesdays, Void Production parties (founded by Hartec), The Space, Sangha Saturdays, all the way up to now being a regular at Deep Forest Grooves in the Treehouse of Van Gogh's Ear and Bang Saturdays at System Soundbar in Toronto.

Now Joe has passed on, leaving only his strong spirit, his positive energy and a vision of an amazing dancer dedicated to the music, the people and the vibe.

This thread is in honor of Joe, a man no one ever knew - but didn't really need to - simply because of his accepting presence, strong nature and amazing character.

Joe's body is gone but his spirit, his music and his dance lives on.

Peace and House music...
We love you and miss you, Joe!

What a shame! You have my condolences Dino.

that is sad...I guess a picture would be too much to ask?
K

It was nice meeting you couple of years ago and running into you occasionally, calling me "little kiddo"...

God, he used to dance for hours and hours... I remember he would go nuts when Timmy would play Simon - Free At Last... wow, goosebumps just thinking about that.

Hope God will be playing house up there in heaven, for you.
RIP Joe.

The only guy I'd know from EC is that black guy always decked out in a cowbow hat and that ripped wifebeater/jeans combo.
S

I think I remember who you're talking about too!

Originally posted by stir-fry
I think I remember who you're talking about too!

that's why I wanted a picture...was he sort of a flamboyant kinda guy??...not sure

i've emailed alex d and i'm hoping he will come up with some pictures for the thread. i've been looking through the archives with no luck yet.
I 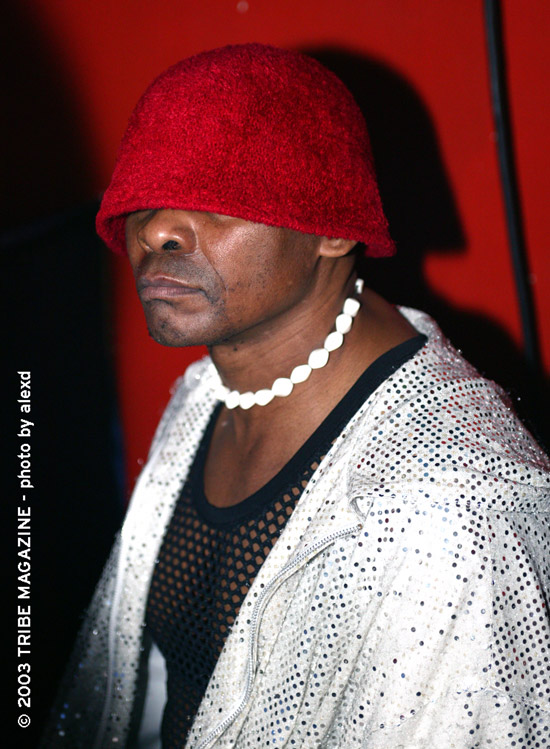 I ran into Joe last time I was at VGE - surprised to see him still ripping it up!

whoa, i remember that guy. he came up to me one time smiling and everything, gave me that "you understand" look, shook my hand and started dancing.

I saw that guy all over the place...could dance up a storm.

R.I.P Joe u will be missed by ALLOT of people!!
D

aw man, he was one of the people that made my first time playing at VGE so memorable!

I will miss bumping into joe, and will always remember him. Joe always had a smile and something nice to say. His positive attitude towards life was recognized by many.

Joe would never tell any of us his age, it was always a running joke with his younger friends.
We will miss you Joe.
Everytime I spin on the dancefloor I will think of you.

Lots of love,
jenn and friends/

I've known and loved Joe for just under three years... this is the first time I've learned his name. I never needed to.

Whenever we were in the same club we would always spend some time dancing together. I've even shared a few words with him... albeit very few, for he was a man of little talk and much dance (at least while there was music playing). Always a smile and a great sense of humour... last time we spoke he stood for awhile watching me smiling and then laughed and asked if I was trying to show him up on the floor

I will ALWAYS remember you Joe! You will be part of my dance forever.
All my love
Shawna
M

RIP Joe! I never knew your name, but always remembered the fun fur. Your presence will surely be missed
G

How about a tribute night somewhere with all of his favourite djs? Dance in the Spirit of Joe! Who's good at putting events together?

These are the types of people we all look forward to seeing when we play. Nothing beats looking up and seeing those selected souls who are doing nothing but enjoying what you are playing and reassuring you that there are people out there who love house music as much as you do.

Although I never met this man, I know who he is and was. And it is always a tragic event to lose anyone.

jeremy -may there be house in your heaven- jive