"Cities set the price of a taxi trip, and Beck says Toronto's rates are some of the highest in North America."

Granted it's been almost ten years since the rates were raised due to gas prices, but ffs this is why monopolies suck for the consumer.

They(the taxi industry and drivers) were the ones who pushed for rate increases and now they're blaming the city?
R

-Don't refuse to take me because it's not far enough, you're about to do a shift change etc.

-Clean your car/get an air freshener

-Get off the phone

And don't act like you don't know how to get across town efficiently. Drive like a normal human being.
S 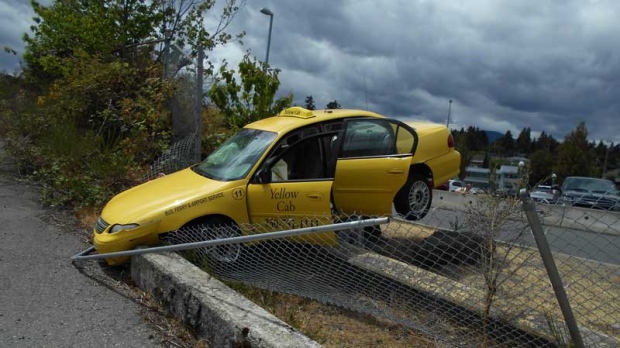 Sal De Ban said:
And don't act like you don't know how to get across town efficiently. Drive like a normal human being.
Click to expand...

A minimum expectation when you're getting in a cab, especially in the core, is that you know where you're going. If not, get a GPS. Either way, don't be asking me for directions or tell me you've never heard of the place/street/ etc.
C

The quote from the head of the union of taxi drivers at the end of the article is pretty telling: "Even if you drop the price the expenses are still there and Uber will still be taking customers," he said."

So the taxi drivers are saying even if the cost to the consumer is dropped to the same as Uber, people will still take Uber.

Perhaps as everyone has mentioned they need to start answering the question as to why this is.
K

this reminds me of Nortel or RIM, so unwilling to admit there's a problem until it's too late.

The problem isn't your fees it's your crappy service, rarely have I been in a cab where the guy wasn't on a cellphone the entire time. If you cared about your clients you wouldn't allow your employees to endanger their lives for starters.

Rage said:
It's not about fares/money:

-Don't refuse to take me because it's not far enough, you're about to do a shift change etc.

-Clean your car/get an air freshener

-Get off the phone

You can tell them to get off the phone. I've done it when it had become annoying
S

it's kind of like asking the girl pouring your coffee to stop picking her nose. you shouldn't have to ask...

Recently I started using Uber for personal goings-around. For work, I have used taxis.

I used the Beck taxi app to get a cab. The app froze on me twice on the "order received" notice and never showed that a cab was assigned.

They called me and asked if I wanted two cabs. Good to know they are watching, at least.

It took a grand total of 20 minutes for my cab to come. It cost me double what Uber would cost.

In the future, I'll probably use Uber for work too.

They learned from the mistakes of the early pioneers and have executed more efficiently. The taxi industry is finally being challenged for being archaic and a piss poor service. They need to clean up real fast or they'll suffer the same fate as the music industry.

I'll gladly pay Beck $20 to get our sorry ass home, rather than have to deal with ??? question marks with who the fuck knows who.

TORONTO, Sept. 15, 2015 /CNW/ - The majority of Torontonians familiar with UberX believe it operates as a taxi service in the city and that the same rules and regulations that apply to established Toronto taxis should apply to UberX, if safety and security are to be assured.

"Toronto has spent decades developing effective taxi regulations to ensure the safety of riders and drivers in all for-hire vehicles," said Kristine Hubbard, Operations Manager at Beck Taxi. "Providing a taxi service is an important responsibility and an essential service, so safety is paramount."

A survey conducted by Harris Poll on behalf of Beck Taxi found that among people who are familiar with UberX, 75 per cent view it to be a taxi service, more than they view it to be a technology company, ride-sharing company or mobile app provider. "People recognize UberX for what it is – a taxi service," said Hubbard. "And Torontonians' expectations around standards and safety when it comes to for-hire vehicles is quite high."

According to the polling data, there is a gap between the kind of safety regulations Torontonians expect should be in place for all UberX vehicles and the kind they believe are in place today. Greater than 85 percent of those familiar with UberX felt it should be subject to police background checks for drivers (87 per cent), commercial insurance that protects drivers (89 per cent) and riders (86 per cent), and regular vehicle maintenance (88 per cent). In contrast, less than 58 per cent of those familiar with UberX actually believe it offers these important safety standards today.

"As we've done since the day we opened our doors, we're listening to Torontonians and they are telling us they expect all for-hire vehicles, including UberX, to adhere to the same safety standards as Toronto taxis," said Hubbard. "Tomorrow when Toronto city councillors consider the ground transportation report, they should also consider that Toronto citizens expect to have their safety protected. We hope that City Hall chooses a level playing field, one that puts the safety of Toronto citizens first."

Currently the City of Toronto mandates that all licensed taxis in Toronto follow safety standards that include:

The Harris Poll survey was conducted online from Sept. 4 to Sept. 10, 2015. It was conducted using an online panel. A total of 702 of adult Toronto residents, familiar with Uber, were surveyed.

Beck is a family-run business that has operated in Toronto for 49 years. Beck dispatches to the largest fleet of taxis in North America with over 2,000 available cars operated by professionally trained, licensed and commercially insured drivers. For the past 20 years, the organization has been the proud recipient of the Toronto Sun Reader's Choice Award for Favourite Taxi Company in Toronto.

Isn't there a license or permit that taxi drivers have to pay up front or lease before they can start driving?
S

JamesM said:
I'll gladly pay Beck $20 to get our sorry ass home, rather than have to deal with ??? question marks with who the fuck knows who.
Click to expand...

you mean "rather than a brand new volvo, driven by a normal person*, and no money exchanging hands"

And no cab driver crying like a bitch as he fires up his debit machine.

*has a life outside of their car
H

Sal De Ban said:
you mean "rather than a brand new volvo, driven by a normal person*, and no money exchanging hands"

And no cab driver crying like a bitch as he fires up his debit machine.

*has a life outside of their car
Click to expand...

The driver cries like a bitch when we ask for a machine because they are losing 7-12% of the fare to admin costs charged by the taxi company.

The taxi industry does need to lower fares if they are going to be viable. However, they need to radically adjust their financial model. The current model is very unfair to the drivers.
R

I know Taxi drivers here get a raw deal, it's not up for debate but;

If you're asking me if I prefer to be picked up (REGARDLESS OF WHERE I'M GOING) in a nice, clean newish car & driven to a location by someone who is not on the phone, actually knows where they are going, will charge me anywhere from 50-70% less than what a taxi would and I don't have to even reach for my wallet to pull out cash/debit/credit card - I will say, "Yes please"

But I guess I should feel bad for the cab drivers of Toronto because I don't want to take my chances that I'll actually get one of them to agree to take me where I want to go when I want to go in a clean car with their undivided attention on the road & focused on getting me to my destination in an efficient manor.

Ho||yw0oD said:
The driver cries like a bitch when we ask for a machine because they are losing 7-12% of the fare to admin costs charged by the taxi company.
Click to expand...

That's not the customer's problem or concern, and the driver shouldn't vent about it to someone who is paying them - even if they have high overhead expenses. It's the cost of doing business. It's the only industry where you're made to feel guilty for using a debit machine (and then get charged an extra fee anyway). It's so ridiculous.
S

Keep in mind how reckless cab drivers are in Toronto (who apparently have all gone through "safety training") when you read the following:

The City is concerned that the [UberX] drivers do not hold a city-issued licence, which ensures the adequacy of the background screening, nor have the drivers taken the required training as mandated by the City, which would also include safety awareness training for the driver
Click to expand...

What a joke. Taxi drivers are the most unsafe group on the road by far.

Taxi drivers remind me of this guy

Before something called the mechanical horse or automobile came to town.

One time my UberX came in a Benz SUV. Why does he need to be a Uber driver if he's driving a Benz?