HODOR to embark on Australian DJ TOUR: Rave of Thrones 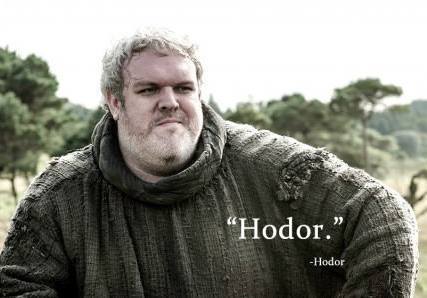 Irish actor Kristian Nairn, best known for his work as 'Hodor' on the incredibly popular 'Game of Thrones' television series, is set to embark on a brand new adventure; a national DJ tour of Australia.

Already an established DJ in his homeland, 'Hodor' will be 'showcasing some of the deepest house from all seven kingdoms' during his six date 'Rave of Thrones' Australian tour, with a 'Game of Thrones' dress up theme, of course, on the cards in all cities.

Special guest Ego will be playing a visual 'Game of Thrones' set in support, while Hodor himself will be indulging his lesser-known penchant for carrying the party vibes deep into the night.

Been following him on soundcloud for a while now. His mixes seem to dragon.

Sal De Ban said:
Been following him on soundcloud for a while now. His mixes seem to dragon.
Click to expand...