lame pickup line? perhaps... but if its ever worked, then you MUST share the secret of your sucess.

Although I don't know much about astrology, I do believe that the cosmic signs hold some meaning. And although I may not turn to the horoscope section of the weekly newspaper, its amazing how much you can learn about another persons nature based on when they were born.

The Chineese Zodiac is much different then Western, based off a yearly callender rather then monthly. Strangely enough, there is some corolation between the two. Is it coincidence that the two systems were developed at opposite ends of the earth yet there are alarming similarities?

The idea of the zodiac has opened a door for other methods of classifying and identification, though most modern methods are based on psychology. An example of this would be chacter typing.

<--- scorpio through and through

I think they are simalar because they both involve the stars and constellations. The way that the pyramids and the sphinx was built was in the formations of differnt stars. I have read a birthday book that really described alot of charectaristics that I have. It was kind of neat.
Dave <--Taurus 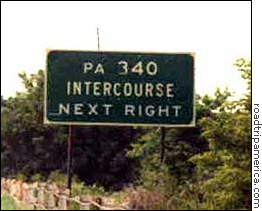 Taurus baby why else do ya think I go to Moo U?

correct me if i'm wrong, but some capricorn traits are:

-stable
-loving
-determined, when we're not being...
-lazy
-good lovers (not bragging, it's true )
-procrastinators


eeeh....that's all i can remember right now.

i just did a whole night of working my shoulders at the gym and they hurt now.
A

thank ya very much !

I definitely have the stubborn quality.

I'm on the border of taurus, have some of those traits, but otherwise pure gemini styles.

I actually really believe in astrology. Mind you , I used to want to grow up and be a hypnotist. I also read tarot cards and palms (though it's been a while) and believed in ouiji boards.

Bah. Guess it goes with being as right brained and out there as possible

But how is believing in astrology in theory any different then believing in religion? Faith in unknown, mystic beliefs blah blah blah

we rule the world.

On the Chinese Zodiac I'm a Tiger

That pretty much sums me up!
R

me too
that's very accurate.
S

Astronomy and Astrology went hand in hand for the longest time, it was only in the last 20 years or so that the two subjects were split into two categories.

The zodiac (western symbols) follow the sun calendar, while the the East follow the lunar. Both have cycles of 12, follow the movements of the planets, and were heavily relied upon by farmers (to determine harvest times), and royal leaders (ming and yang dynasties in china made most of their major decisions following the advice of their respective *spirtual advisors*).

We are mostly made of water (70% or something, correct me if i'm wrong). So naturally we are affected by the moon cycles, tides, etc etc.

HOROSCOPE SECTIONS of major newspapers and mags are 99% bullshit - most astrology believers would never turn to that garbage. For myself, I learned the most when i calculated my birthchart. Basically you calculate the positions of the planets (the main ones being sun, moon, and ascendant) at the exact time of birth, and PLACE of birth, to determine which planets are clustered (it they are) together, as the harmonies they create influences how we feel, how we react.

I DON'T BELIEVE that our paths are exactly pre-determined, and that we are all going to lead the same lives. I believe that the tools are there, and it's up to us to pick up on it, or not. Same goes with palmistry - the lines on your palm one year may state one thing, but through your own daily living those lines will not be in the same pattern as the next year - we are all born with the same tools, and we craft our own destinies.

I use it mainly as a tool to help me understand people, see things from their points of view, as we are all equipped with certain abilities and handicaps. The ability to UNDERSTAND, even if it's not in agreement, goes a long long way.

Everyone tends to focus on their sun sign. (I'm gemini, I'm scorpio) but if you look closely, no one is FULLY gemini/scorpio unless you've got your sun,moon, rising, and two other planets in the gemini/scorpio region.

SUN sign - shows your general attributes, how you see yourself
MOON sign - mostly inner emotions, shows how you REALLY feel inside, and most people don't admit to others, let alone to themselves
RISING sign - how you present yourselves to others

My moon's in Pisces, making me ultra sensitive to a lot of things (including other peoples' thoughts and emotions), but i would never APPEAR sensitive since Libra (and LEO) are two of the most OUT THERE signs - mostly concerned with how they appear to others, hence most UNlikely to share personal thoughts with anyone for fear of being ridiculed.

Damn, i can't believe i've written a novel. I gotta get to work.

I'll write my thoughts on the chinese astrology this afternoon.
C

haha - could there be a worse combo of sign name/symbol ??

since no one has done it, I'm going to represent the PISCES crew in this thread!

I'm a cancer too.....hoorah for my astrological symbol, which sometimes looks like a sideways 69:

Cancers like to take care of people and need to have emotionally bonded sex.

Big up the balanced scales cru!

Werd at Laura!
Posse up!

Both kf and myself are Pisces as well. Very creative, yet emotionally wonky! Hoo-rah!

haha Toby... you're joking right
did you not notice Naomi's 5 paragraph post up above???