I dont know if it's because I'm getting old or something, or maybe it's just that I like doing stuff during the day on my weekends, so even when I go out, I usually bail by 3am or so. But I find when you go to a club to see a particular headlining DJ. The timeslot for headlining DJ is something like 3am to 5am.

Why can't the headliner go on @ 1am? That way I'm drunk and primed for dancing and the club is still rammed and stuff.

If I were in charge of the timeslots... I'd do it this way:


But it seems that when I go out to any particular club... it's:

Or something similar.
I dont want to close out the club. I just want to go and have a good night, then go home when I'm tired, without the need of party favours and such. If the headliner is a good DJ, he'll prolly get me pumped for the next DJ that would come after him. But what do I know.

Am I the only one? Maybe I am old. I'm not opposed to doing the all night long thing, and I'll for sure be doing it for Roger Sanchez at the end of the month, but when I try to go out occasionally, and am not feeling like committing my night and the next day, it'd be nice to not waste my entry price on not hearing the headliner cuz I'm a tired and lazy bastard that can only dance till 3:15am on a friday night after a week of dredging hard at work all week at the office.

should I brush my teeth today?
really, I need help with this because it is very important.
S 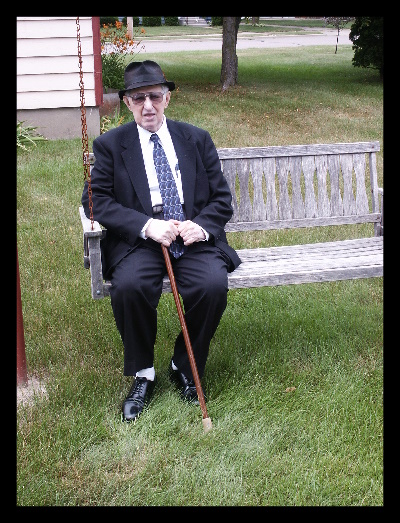 It depends on the type of club (do they open later? Boa used to do this and I rememebr seeing Victor Calderone's headline set at 4am at Stereo). Personally I prefer a 1am-3am headliner.

I'm really hoping that Pendulum goes on earlier rather than later at Footwork this week, because I have to work the next day :/

Make It Funky- we have been playing with the timeslots to find the best possible combination. Its hard to get people out early but we encourage it with door prizes for those that come in first. Our parties tend to end around 3:45 or so and the formula we have found that works for us anyway is something like(but does vary)

now this all depends on the show we used to have someone local close out the show but found that the crowd would die out faster in the later hours. Our crowds tend to come out and drink their faces off so we dont get as much of the hardcores (though they are welcome too!) The formula seems to work and gives maximum size audiences to the headliners.
R

The bar has the ability to make a profit until 2am and you came to see the headliner...

I think it might have something to do with them squeezing every last bit of change they can get out of your pocket before you leave for the night?

Hipsterave said:
Our crowds tend to come out and drink their faces off
Click to expand...


Let it never be said that you don't know your audience!

Evidently some people have a lot more to say then others.


That would almost never happen. Too many people opt to show up around midnight and would be pretty pissed if they missed the headliner. It's also nice to have some time to walk around for a bit before the headliner comes on.

People show up at midnight because they know the headliner is coming on late. If headliners started coming on earlier, they'd show up earlier.
F

Skipper said:
People show up at midnight because they know the headliner is coming on late. If headliners started coming on earlier, they'd show up earlier.
Click to expand...


Well yeah, as long as they post the timeslots first. If I showed up at the Orange Room on Friday and found out that Stanton Warriors played at 10;00, I would start ripping the Guv complex apart with my bare hands.

You MUST have a woman then...
G

clubbing time is Friday at 11 till Sunday (or monday) whenever your ass leaves "Venue." anything within those times is fair game.
T

Yet another difference between Toronto and Montreal parties...

Personally, I prefer the "feature" headlining DJ to on by 2am, but if there's "co-headlinders", or even several, then that's when it gets tough...

But lately I've been finding that it doesn't really matter, as I have no concept of what time it is as I'm just simply dancin' my ass off.

Skipper said:
I'm with ya Nick.
Click to expand...

Me too Nick. I'd be up for a 11pm headliner. haha I don't really care about how late it goes...
T

You MUST have a woman then...
Click to expand...

Rave Goo said:
The bar has the ability to make a profit until 2am and you came to see the headliner...

I think it might have something to do with them squeezing every last bit of change they can get out of your pocket before you leave for the night?
Click to expand...

'After hours' clubs make just as much profit on water sales as they do a booze, so holding you there as long as possible make the most sense to them.
S

El Diablo said:
'After hours' clubs make just as much profit on water sales as they do a booze, so holding you there as long as possible make the most sense to them.
Click to expand...

How can that be?
1. you can refill water in the washroom
2. how does one beverage possibly equal the sales of multiple, more expensive beverages?
3. shooters