he wants you, too, malachi - children of the canola

LA RONGE, Sask. (CP) - A 12-year-old girl was charged with aggravated assault Friday, several days after a badly burned woman was found behind a video store.

RCMP spokeswoman Heather Russell said the arrest came as the result of a tip sent in after police asked the public for any information on the burning.

"The RCMP put out a plea for public assistance in identifying any persons who were in the area of the business where the person was found, and as a result of that plea for information, some information did come in today which led to the arrest," said Russell on Friday.

This arrest comes only days after another 12-year-old girl was arrested in Leader, Sask., after a triple murder in Medicine Hat, Alta.

She has been charged along with her 23-year-old boyfriend in the deaths of her parents and eight-year-old brother, and is slated to appear in court again next week.

Russell called the arrest of two 12-year-old girls for violent crimes in one week "troubling."

"I'm certain that it's a terrible situation (in La Ronge). It's a violent crime, and it certainly is going to be difficult for that community, but it is probably a bit of a relief to have an arrest in this case."

The girl is currently in custody, and will appear in youth court in La Ronge on Monday. Her name cannot be released under the Youth Criminal Justice Act.

A 17-year-old named Brad said earlier this week that he was working at the video store Monday night when a man came in saying someone had been hurt.

After handing the man a phone to call 911, the teen went outside to find a woman lying on the grass behind the store.

Brad, who did not want his last name used, said some of her clothes were ripped off and she was bloodied.

"Her upper half was torched," he said. "Her shoulders and arms, it looked like someone physically took a torch to her. Her skin was bubbled and it was kind of yellowish."

Brad added that another witness covered the woman with a jacket and they talked to her to keep her calm.

"We helped her, calmed her down, kept her from moving," he said.

The woman couldn't say what happened to her because she was in shock.

She was taken to hospital in La Ronge before being airlifted to Saskatoon and then transferred to the specialized burn unit at the University of Alberta Hospital.

I thought this thread was about corn.. 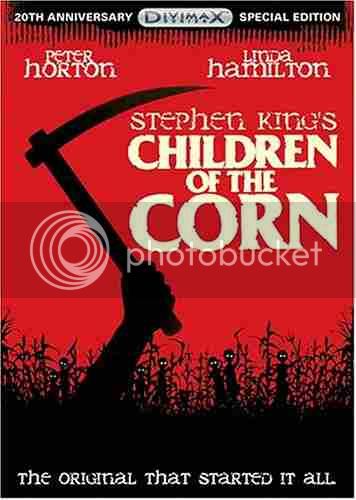