I finally hit this for the first time and really enjoyed it. Just some quick thoughts:

The music in the spaceship on Saturday night was ridiculously good. I was super impressed and as a techno fan it was such a treat. Mike Gibbs, Funk D'Void and especially Jeremy Caulfield played great sets. So many sick tracks and the lights and environment were really cool too. I forgot I was standing in the middle of a field in northern Ontario - except for the mud.

Had fun on Friday night by the fires - met a lot of borderline insane people which is always fun for a laugh.

My girl and I met some really nice people - reminded me a bit of the old rave days. Definitely a friendly vibe that you don't find in the clubs.

$150 plus charges is steep but once night fell on Saturday the whole site came alive. So much to see and explore.

Getting in was a nightmare but we got tipped off to a super secret camp site and had really cool neighbours so all in all it was a great time.

Hope I can make it back sometime.

erika - you should see the photos on the harvest fb page. and links to some of the dj sets too!
S

Lots of reviews and discussion on the Harvest Festival group.

What worked:
The visual effects and toys and stuff were great. Especially the LASERS, my laaaaawd, they had a ton of lasers all over the site and they looked incredible. Especially around the pond, at night on the Saturday they had powerful green lasers shining over the water and it looked INCREDIBLE. Truly a sight I won't soon forget. Beyond that the thermodome and crash tent was pretty impressive places to dance. Back in 2008 neither of those existed at Harvest.

the people and vibe at the festival was fantastic. even on the sunday when it was raining and people would be sketchy/hungover, lots of people seemed to be in a pretty good friendly mood. that is kind of different than say...WEMF.

Also ZERO police presense at the festival. Amazing how the OPP targets some festivals so hard and Harvest was a cop free environment, I didn't even really see security beyond those at the door and the occasional guy checking wristbands at some spots inside the festival. I know it's kind of expected, but it's just to be at a place for two days without a presense of an authority and nobody was getting out of hand or aggressive or too fucked up to necessitate more security/police.

Harvest really has a very grassroots vibe, few vendors, no sponsors, no ads, it really is just like a big big camping event and less like a "music festival".

I didn't find much of the music to be that good. My tastes in house/4x4 stuff lean more towards the tip of stuff like Scuba or FaltyDL or Maya Jane Coles and I didn't really here much stuff like that. I'm a big drum 'n bass head so I had wished there might have been more than 1 set playing it and not at 6pm (Red Lion was on them but I was long sleeping by 6am). Would have been cool to hear some chill dubstep or bass music at night but couldn't really find anything. The crash tent was all hard hard house and hard techno and I wasn't really vibing it. Thermodome was super chill stuff and was kind of more just a spot to chill....which is kind of a waste of a big area in some ways.

For those objecting to the cost, since the talent/DJ lineup at Harvest seems to be such an afterthought (since it's like 90% locals who frequent Promise/Alieninflux parites anyways), why didn't more people buy an early bird ticket. I got one and it was only $100 which is a bargain IMO.

Otherwise, had a great time, would go back next year and hopefully bring more friends. Saw lots of big groups of friends and was kind of jealous of that.

Also only other major downside (as it was in 2007 and 2008 when I last went) was just how fucking COLD it gets there at night. I know some years have escaped it, but this year it was like 1-3 degrees during the middle of the night and regardless of how many layers you wear that can be a bit brutal at night. I know Harvest is build around the idea of being near the fall Harvest and Autumn Equinox, but I can't help wonder how fun it would be in late August instead when nights might not be so brutal.
S

Sianspherica - re bass music, you would have LOVED the pyramid when Eat Static/Liquid Stranger/Desert Dwellers were on. Over 4 hours of wicked bass and dubby glitch stuff right there! Don't forget Bluetech and Futuregrapher on Friday, you would have heard 'mazing intelligent dubstep and dnb.

it was good a good harvest. Pyramid rocked. Crash was quite a so so from few times i ventured. all bass but could barely hear anything else. Psy tent was popping nicely.
Osunlade closing set was probably the best music i've heard there but overall his set seemed a bit tiresome after 3 hours. Same builds same drums few killer tracks here n there. 10/10 for people but music gets a 5/10. (didn't get to hear anything in the pyramid on saturday night though so can't comment on that)
E

Interesting; this has been my impression of Promise parties in the last couple of years:

Fantastic visuals and setttings, really good vibe, but the music didn't really do it for me much.
D

y'all didn't miss much back here at home. the music has been pretty dry here too. not complaining...

i mean we had dj premier and ron morelli here on the same night earlier this year... that was fresh for this hip hop house head.

I think I lucked out in crash! I was very mobile and was all over the place - but Funk D'Void and Nature of Music both really were quite good!

Even managed to miss most of the times the sound cut out - which happened last year a few times too...

So i dont have the same complaint. Also was not having as much gas in the tank as usual as I only had one day of food going the right way (that is in mouth, down to stomach) after a serious stomach issue that only cleared up Thursday night!

So I wasn't as into being a lightning-bolt-robot for hours on end and maybe I didn't NEED the music to be as awesome...

All that said I think it was pretty good when i was there!
S

Sal De Ban said:
Sianspherica - re bass music, you would have LOVED the pyramid when Eat Static/Liquid Stranger/Desert Dwellers were on. Over 4 hours of wicked bass and dubby glitch stuff right there! Don't forget Bluetech and Futuregrapher on Friday, you would have heard 'mazing intelligent dubstep and dnb.
Click to expand...

I haven't heard of any of those DJ's, got to plan better next year.

Love love love Harvest! No matter what or with who it gets better every year regardless of the interesting music choices they make, although that being said this year was quite decent actually.

sianspherica said:
i know harvest is build around the idea of being near the fall harvest and autumn equinox, but i can't help wonder how fun it would be in late august instead when nights might not be so brutal.
Click to expand...

I admit Friday was a bit much, but still tolerable. The rest of the weekends weather was fantastic. 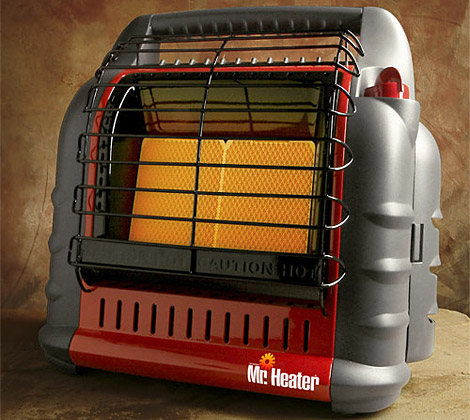