Can't we all just get along?
Toronto Police are seeking a 60-year old woman, Ellis Kirkland, following a stabbing on Thursday morning where a 67-year old man suffered “multiple stab wounds to the torso,” after being stabbed by a large kitchen knife, Toronto paramedics say.
Initially, police reported the male victim suffered serious, but non-life threatening injuries just before 7:30 a.m. at Rosedale Valley Rd. and Park Rd. The victim’s status has been updated his status as “life-threatening.”
Kirkland, is the Founder of the NATO Paxbuild Economic Platform — a special project of the NATO Association of Canada that is designed to “encourage peace and security through economic stability,” according to NATO. She is also a Harvard award-winning Resource Infrastructure Specialist and was the first female President of the Ontario Architecture Association.
Police say they believe Kirkland is armed with a knife.

According to police, Kirkland is five-foot-four, with a medium build, and straight black hair past her shoulders. She was last seen wearing black pants, black shoes, three-quarter length light-grey or brown coat, and brown purse with a black stripe and gold buckle.

her linkedin picture is interesting.

"I said peace through stab-ability! It was always part of the plan, Douglas!"
S

Krzysiu said:
"I said peace through stab-ability! It was always part of the plan, Douglas!"
Click to expand...

I was driving on Church st around noon saw the ETF entering a building just south of Bloor I wonder if it's related. 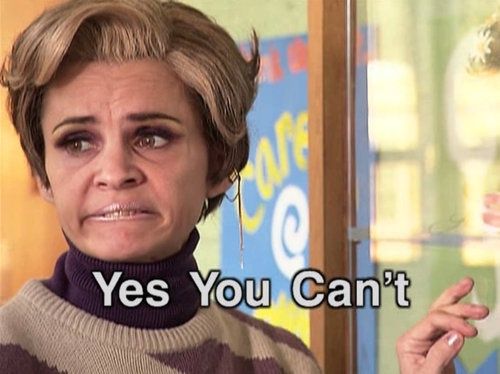 Those Harvard thugs are animals

to many stabbings going on lately we need to ban all knives longer then an inch and anything shorter than that needs to be registered and stored in a locked cabinet at all times. Think of the children people.

what's with all the crazy chick stabbings lately?

Puma said:
to many stabbings going on lately we need to ban all knives longer then an inch and anything shorter than that needs to be registered and stored in a locked cabinet at all times. Think of the children people.
Click to expand...

No knives = no freedom

praktik said:
No knives = no freedom
Click to expand...

Funny, but there really are people pushing to ban all knives.

A harbinger of the impending Police State if there ever was one!

Yknow back when the Founding Canadian Fathers founded Canada they all picked up their knives - and then placed them in appropriate sheaths for safety and petitioned the queen to please let us have our own country, if that would be ok with them....

Im not gonna let some pinko liberal take my knives of freedom away from me and tarnish that legacy!