FOREST, Ont. Former Premier Mike Harris says a senior Ontario Provincial Police officer was 100 per cent wrong when he told a fellow officer that the government wanted police to kick ass when dealing with native protestors the day native activist Anthony (Dudley) George was killed in a massive police operation.

Harris told the public inquiry into Georges death today that the comment by then Insp. John Carson to then Insp. Ron Fox in a tape-recorded conversation early in the afternoon of Sept. 6, 1995 was a totally inaccurate reading of his governments position regarding a native occupation of Ipperwash Provincial Park.

I would say its 100 per cent wrong, Harris testified today under questioning from George family lawyer Murray Klippenstein.

I think its totally incorrect.

The public gallery was packed with more than 100 spectators mostly First Nations people as Harris began his second day on the witness stand before Mr. Justice Sidney Linden.

Klippenstein pressed Harris for his views on a conversation between Fox and Carson on the afternoon of Sept. 6, 1995, which Fox did not realize was tape-recorded.

Fox called Carson immediately after a meeting he attended with Harris, his senior aide Debbie Hutton, then solicitor-general Robert Runciman, then attorney-general Charles Harnick and then minister of natural resources Chris Hodgson in the Premiers private dining room, less than 11 hours before George was shot to death by an OPP sniper.

In the taped conversation, Fox vented that Harris was a real red-neck who was in love with guns and who couldnt give a s--t-less about Indians.

Carson replied in the taped conversation, They just want us to go kick ass.

Harris testified today that this was a totally incorrect reading of the stance of his government regarding a native occupation of Ipperwash Provincial Park on Lake Huron.

Natives occupied the park at the end of tourist season, saying it contained sacred burial grounds. Their views were later supported by documents released by the federal government.

Harris agreed with Klippenstein that it was a major problem, if police believed the government wanted them to kick ass regarding the protest.

If he communicated it to anybody and anybody believes it, thats a big concern, Harris said.

what did you expect him to say?
S

These cunts i dont get how they can just sit there and flat out lie to everyone. He must know that the police and other people have testified what he has said and still he denies it or just says " hmmmm i cant remember".

Honestly, that these cunts can get off by using the I cant remember statement is a farce.

oh well might as well get some AK47s and start another OKA. 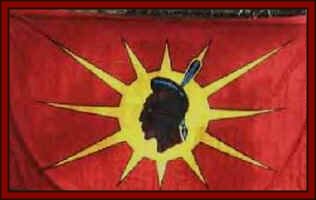 LOL!
this story is funny.

2 people heard him say it... what a douche.
As if he's going to remember that particular conversation 11 years later.
L

Originally posted by The Tesseract

2 people heard him say it... what a douche.
As if he's going to remember that particular conversation 11 years later.
Click to expand...

I also find it funny that anyone else remembers his exact words so many years after the fact.

well, the fact that there's an audio tape of Carson and Fox talking about his words probably helped them remember.
A

Don't worry, Harris will get his comeuppance. Karma has a way of biting back.
K

Umm, if someone said something that blatantly ignorant, and that person was either the Premier, or a higher-up authority, you better believe I would store it in my memory.
Just cuz you're a crackhead and can't remember which side is forward on your tighty whiteys, doesn't mean other people can't remember convos from 11 years ago.

true.
but i was being flippantly sarcastic.

kenneth deane, the OPP officer who shot dudley george, was killed in a car accident this weekend. he had not yet testified in the inquiry.

janiecakes said:
kenneth deane, the OPP officer who shot dudley george, was killed in a car accident this weekend. he had not yet testified in the inquiry.

talk about karma, too.
F

Deane is the third police officer involved in the massive police operation at Ipperwash to die in a traffic accident.

Sgt. Margaret Eve was hit by a transport truck on Highway 401 near Chatham in June 2000, while Insp. Dale Linton, the officer who activated Deane's unit that night, was killed in a single-vehicle accident near Smiths Falls in October 2000.


The OPP said that Deane was killed by a tractor-trailer at about 1:15 p.m. on Saturday.


Deane was driving a westbound Ford Explorer, and was attempting to steer around vehicles when he struck the back of a stopped tractor-trailer unit. A second tractor-trailer was unable to stop and struck his Explorer.

Deane was pronounced dead at the scene.
Click to expand...

So who here thinks this is a cover-up?

Because if the same thing happened in the US everyone would be shouting conspiracy!

Is because that cop died the reason why all the flags are at 1/2 mast today?
T

Flashy_McFlash said:
Seems like a case of El Duce to me (Kurt & Courtney reference)
Click to expand...

I was about quote that part of the story as well.

wtf three of the officers all offed in car accidents?

i doubt it d.code. deane was dismissed from the OPP after losing his appeal a few years ago. where did you see flags at half-mast?
F

Well there was that horse too.
A

thom100 said:
wtf three of the officers all offed in car accidents?
Click to expand...

I'm not sure about the circumstances surrounding the death of Inspector Dale Linton, but Sargeant Margaret Eve was killed in the line of duty during a traffic stop when a transport truck swerved off the highway. It's a dangerous job, and I imagine the same fate has befallen many other officers over the years.