For your birthday, I wanted to location craft you something not only special, but also meaningful and representative of the people and places in your life. However, our neighbours seemed confused to come home and find me sifting through their belongings, and the pigeons at the park didn't take too kindly to being glued to construction paper. My final effort was to attempt to bribe the LCBO panhandler with promises of not only booze, but great fame. Sadly, once at the "sparkles and paint" point of completion, I noted that the strong "scent" emitting from his clothing would prove to be an obstacle as the project progressed further, and so I quickly put that idea to rest. (He's hanging out downstairs in the steam room trying to get the sprakles to lift. If Sothi asks, I have no idea who he is or where he came from.)

Since my craft idea didn't work, I went down to the lake and found some special friends with whom to create an extra special card. They were squirmy at first, but when plied with enough GHB, and threatened by the competitive spirit of zebra mussles, they quickly complied:

Eventually, however, your birthday surprise once again began to stink all to hell, and I was back at square one.

It was as I was beginning to be swallowed by defeat that I had an inspiration. An eccentric lady in tortoise shell glasses stirred something inside me. I was unable to locate for you a giant tortoise coffee table, but I like to think I went two steps above that. Remembering how distraught you were when Mr. Wacky T met his demise, I thought you might be cheered by another cuddly turtle friend. I know he's no Mr. Wacky T, but he's the next best thing. Notable, also, is the fact that he is much more palatable when topped with ice cream:

Wishing you a most excellent birthday, a year full of venue visits, and a lifetime supply of homemade bologna.

happy bday from me and Babar the bear

Naw berrys birthday was a few months ago?

i wonder how things are going at the "venue", wonder if they will give him a birfday slushie
U

R4V4G3D_SKU11S said:
Naw berrys birthday was a few months ago?

That was but a warm-up!


Though every day is a celebration when you're nawberry, this be the official real deal.

Today is to birthdays as the VIVA Bus is to public transit -- The Cadillac!
G

Big up the geminis!

It's your birthday? Neat-o.
G

I said my regards on the cruise. you missed one fuck of an afterparty.
bonne fete and such.
P

The confusion of the real vs. fake nawberry birthday thread initiates concern that the often elusive Birthday Fairy may end up terribly confused, and as a result omit nawberry from his round-the-world gift-dropping expedition of today.

Exhibit A: Birthday Fairy has been captured on film, while on his hurried worldwide birthday tour of May 22, no less. If you look closely, you can see the skepticism in his eyes regarding the legitimacy of nawberry's birthday: 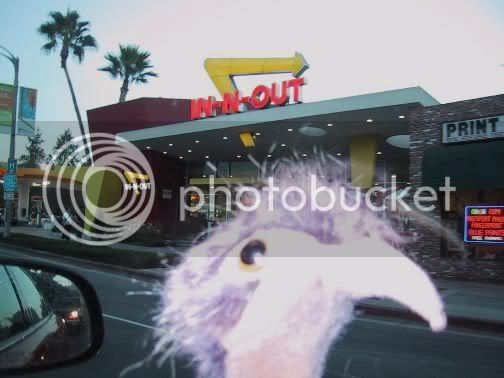 We don't want nawberry to be missed by Birthday Fairy on his special day. To resolve any lingering confusion, please refer to Exhibits B and C:

ps: I wouldn't fuck with Birthday Fairy, if I were you.

Poot, this gave me a huge smile, especially:


Poot said:
Since my craft idea didn't work, I went down to the lake and found some special friends with whom to create an extra special card. They were squirmy at first, but when plied with enough GHB, and threatened by the competitive spirit of zebra mussles, they quickly complied.
Click to expand...

Well done! Nawbs just woke up and is now gearing up for Round 3! Um, he'll try to call tomorrow one he regains conciousness.
N

Wishing you a most excellent birthday, a year full of venue visits, and a lifetime supply of homemade bologna.

Thank you everyone! Esp. Poot (and Michael)

It is nice to for once have a birthday cake that doesn't bring up painful memories.

I tried to location craft "the birthday spirit" using solely feathers I found on the cruise yesterday, but realized that my crafting is not advanced enough to handle abstract expressionism, its best I stick to turtles, and/or perhaps tortoises in due course.

I will have to wait till I unstick these darn feathers from my hand.

Time to get drunk!

In appreciation of your well-crafted (and hilarious) posts, I wish you
a Happy Bday!
A

h.b.d. to a real wordsmith .. here's to actual-LOLing on tribe ... here's to no pockets on the billiard tables at the 'venue'

Rather than merely just celebrating this day blindly, I choose to learn myself some stuff, and googled birthday.

As it turns out ones birthday is not a random date chosen by the gift card industry (those bastards). And before humans or any of the great apes had a way of keeping time (the pre-clock era), no one paid much attention to the anniversary of important events, such as birthdays, or the Ikea catologue delivery day (only 2 months away!!!).

When early American settlers began taking notice of the moon's cycles, was the time that they (those bastards!) paid attention to the changing seasons and the pattern that repeated itself over and over and over etc.

Eventually, the first calendars were formulated by Hugo Daytimer as a mechanism to mark time changes and other special days in a portable fashion.

From this tracking system came the ability to celebrate birthdays and other significant anniversaries the same day each year.

So, ones birthday is actually an approximation of the total number of years it has been since they were born. Gestation period has NO BEARING ON BIRTHDAYS. So technically it has been "30 years" since I was born.

It is hard to imagine that 30 years ago I was just a simple guy that was largely unable to formulate coherent thoughts or express myself in a well fashion. But apparently that was what it was!

Next year when I am "31 years old" I will delve into how cultures worldwide celebrate birthdays, omitting Africa because of expected spacial limitations. Stay tuned.
S

i hope you get to visit a meerkat farm in the near future.

and poot, great job of embodying the nawberry spirit.
P

Are you talking to yourself again?

I hereby declare your birthday celebrations to be MAXED-OUT.

You are on time-out until next year, sir!
G