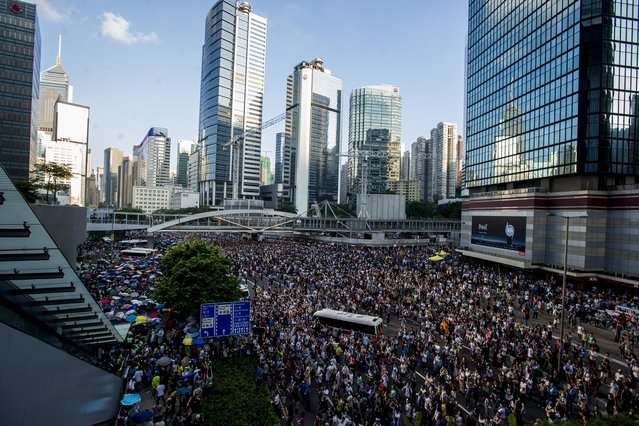 It's like those times as Nathan Phillips when the ppl raved in support of the Rave Scene.

Hong Kong rave? Guess Xinhua is too old now to know about it. The top three "most popular items" on Xinhua are:

But I do mean BURIED.

At 9:25 a.m. Tokyo time, orders for shares in 42 companies totaling 67.78 trillion yen ($617 billion) were cancelled, according to data compiled by Bloomberg from the Japan Securities Dealers Association. JSDA received an error report from a member and is still confirming details of the matter

Bernnie Federko said:
At 9:25 a.m. Tokyo time, orders for shares in 42 companies totaling 67.78 trillion yen ($617 billion) were cancelled, according to data compiled by Bloomberg from the Japan Securities Dealers Association. JSDA received an error report from a member and is still confirming details of the matter
Click to expand...

Been watching some pretty interesting discourse from a few HK friends on their Facebook during this round of protests.

Half the camp is horrified at the heavy-handid tactics of the police and believe the protest is utterly justified and want the protests to go on and believe that eventually China will conede to some demands to keep HK running economically,

the other half on a base level agree with the motivations behind the protest but say it's utterly fucking pointless and China will never back down or buckle or give HK more autonomy any proper kind of democracy, so........why bother, it's just hurting HK, etc.

Staff member
An interesting Reuters article on how "someone" is using iOS and Android viruses to download/monitor text message, picture, and contact lists of the protesters.

(Reuters) - Cybersecurity researchers have uncovered a computer virus that spies on Apple Inc's iOS operating system for the iPhone and iPad, and they believe it is targeting pro-democracy protesters in Hong Kong.

It is unclear how iOS devices get infected with Xsser, which is not disguised as an app.

Lacoon Chief Executive Michael Shaulov told Reuters that Xsser is the most sophisticated malware used to date in any known cyberattack on iOS users.

"This is one the most interesting developments we have seen," he said. "It's the first real indication that really sophisticated guys are shifting from infecting PCs or laptops to going after iOS devices."

The code used to control that server is written in Chinese. The high quality of the campaign and the fact it is being used to target protesters suggests that it is coming from a sophisticated attacker in China, Shaulov said.

"It is the first time in history that you actually see an operationalized iOS Trojan that is attributed to some kind of Chinese entity," he said.

A Trojan is a term used by cyber researchers to describe malware that enters a device disguised as something harmless.

Still, he said that his company's research team has yet to identify any specific victims of the iOS Trojan.

Lacoon said on its blog that it is possible the attackers might have deployed the Trojan in other places, in addition to spying on pro-democracy protesters in Hong Kong.

"It can cross borders easily, and is possibly being operated by a Chinese-speaking entity to spy on individuals, foreign companies, or even entire governments," they said in a blog post describing their analysis. (Reporting by Jim Finkle; Editing by Richard Valdmanis)

Staff member
The protesters are communicating with each other using a Bluetooth mesh network, by I wonder how long it will be before governments figure out a way to jam Bluetooth on the ground....

alexd said:
The protesters are communicating with each other using a Bluetooth mesh network, by I wonder how long it will be before governments figure out a way to jam Bluetooth on the ground....
Click to expand...

its called a Dappening Field, and Star Trek patented it hundreds of years in the future from now.

they will send people back in time to ensure if this happens, another series of movies will be created based upon this timeline adjustment.

And cowards. What a man - behind a barrier in a horde of masked and armed men, pepper spraying an old lady. What a poor, sorry excuse of a human being. At least the dude beside him has the decency to try to stop him.
A

That gif is very upsetting.

I doubt China will budge. But I'm not giving up hope.


Violence broke out in Hong KongWednesday, as police used tear gas, water cannons and baton rushes to push back a large swell of protesters that had pressed toward the entrance of the city’s Legislative Council amid an angry protest over a proposed extradition bill.

The dramatic scenes in Hong Kong began after 3 p.m., when crowds who had spent the day peacefully gathering in the sweltering heat began to chant “withdraw,” demanding the government back down on the bill, which would ease the ability of Chinese authorities to legally seize people accused of serious crimes from the city. The sound of the chanting echoed through the downtown corridors of one of the world’s financial centres.


Within half an hour, clashes had broken out between crowds, who pushed metal barricades and threw water bottles, and police, who responded with tear gas, pepper spray and beanbag bullets.


Just before 11 a.m., members of the city’s Legislative Council said a scheduled debate on the bill had been unexpectedly postponed, as the city’s political leaders pleaded for peace with a crowd of tens of thousands who took over downtown streets.

they know the world is watching. 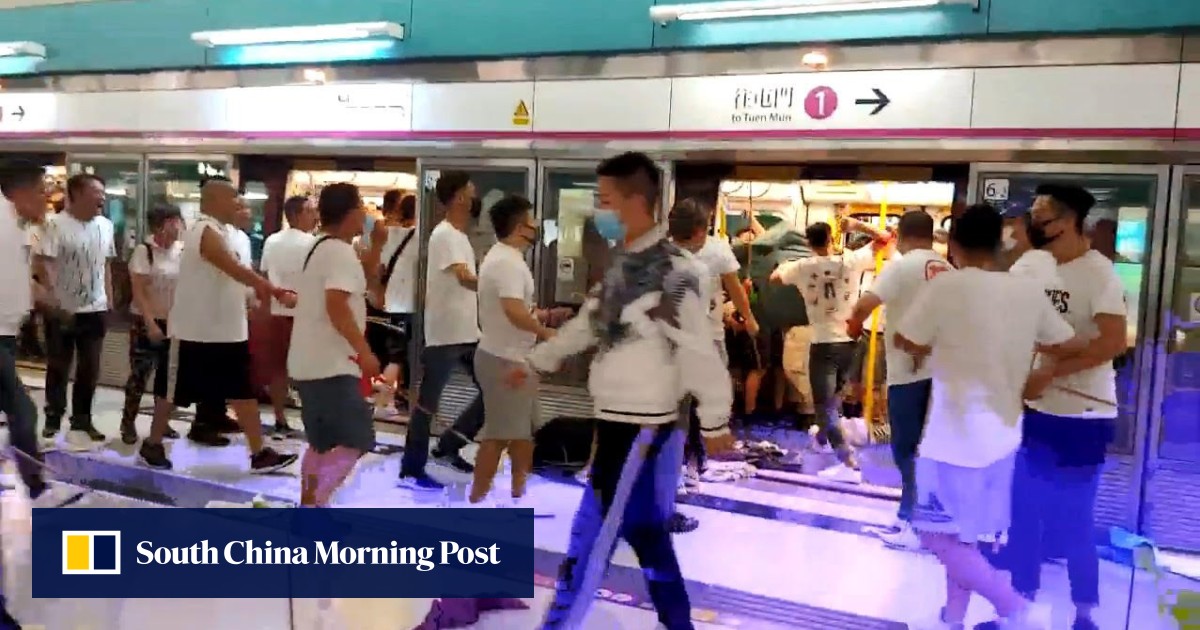 Review of manpower and response times to be held, says Stephen Lo, following outcry from protesters.

tobywan
when u going to post a fresh mix.

Lasers in use by the rebellion in protest, pretty cool...

Shit's getting real. Protests verging on a revolt...

The thing about China is the numbers. It's a 2-million person protest. 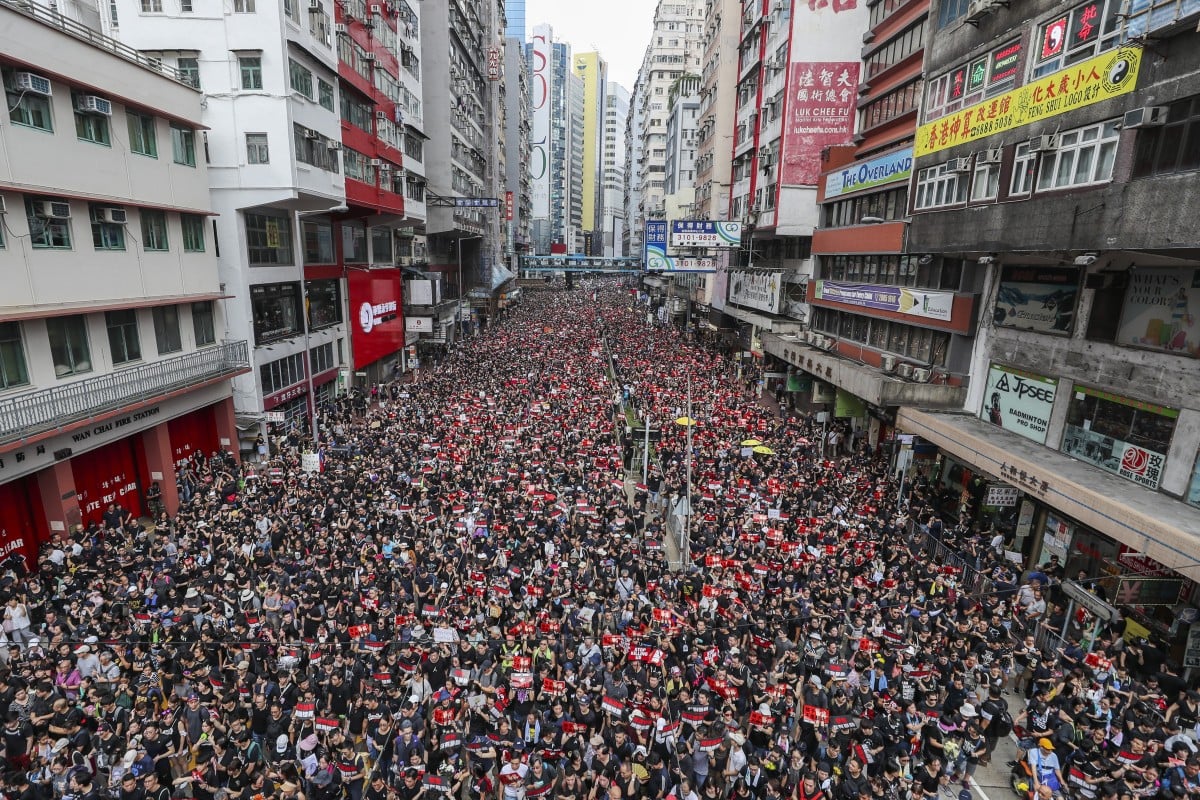