Ghosts are you in position...

Just picked up my copy today been reading good reviews on it, so I traded in my Uncharted Golden Abyss for it. Which gave me a 25 TIV, so I ended up paying a little over 30 for the game. I have a couple of friends that have this game so it should be some fun times with the MP. However it's small squad battles which I wish they increased the amount of people that could play in MP mode. 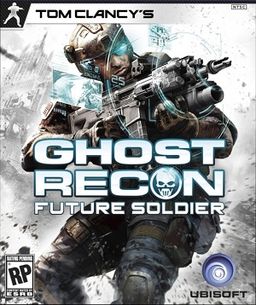 Games is a lot of fun and one of the better shooters I have played for 2012. They have improved the controls from their last outing mainly the cover system. You can look over cover point to where you want to go and hit "X" (for the PS3) and your guy will run to that destination. This makes it really easy to jump from cover to cover limiting any stupid mistakes.

I really like the new target system they implemented. Basically in solo campaign you can mark your targets for your team and they will aim at those targets once you shoot at your target your team mates will also shoot the mark targets you set up for them creating a really cool death scene lol. If there's only a limited amount of targets and you don't have to use your whole team it allows you to do that too... just hold R2 to give the kill command.

The graphics is somewhat where the game takes a hit. Sometime the graphics are really cool when you're in battle, but other times there are a few texture flaws, but nothing that ruins the game IMO.

This game is packed with content and a refreshing addition to any shooter fan out there.

Here is the IGN video review that goes into way more detail then I did... I need to get back to work.