Getting older and (not) making friends

I've always been somewhat of a loner. Never had a clique in highschool or a close group of friends that I ran with. It's just been me and a best friend here and there or my significant other of the time. People dont call anymore because they use the internet to make plans and I don't have the web at work. So I've become very disconnected from people. It's tough.
Click to expand...

Yeah, I think I tend to share those sentiments. The only difference being that I actually have access to the Internet during working hours. Though interacting with people online often satiates any small desire I might have to be social, thus limiting my real exposure to other people and my desire to make new friends.

~atp~ said:
Though interacting with people online often satiates any small desire I might have to be social, thus limiting my real exposure to other people and my desire to make new friends.
Click to expand...

Zoinks! This is most interesting...

I feel like I've been a total loner for the past several months. I haven't been hanging out with my friends nearly as much as I used to, but it's not like I'm doing anything else or spending time with a s/o, I'm just *not* going out. On top of that, I've been downright hostile towards new people for no good reason.

I don't know if it was winter, or being in a bad funk for a while or what... but I've been pretty anti-social for the past while and I'm starting to finally get a little tired of it, feeling the urges to get out again and make some friends or just be more social in general.
A

Boo said:
thats cause your a broad. And if your a hot one (please post pics) you can talk to anyone and they'll want to hang out with you.

If your a guy - all girls will instantly think you are hitting on them, and all guys will think your a werido and probably punch you.
Click to expand...

Not so... that's how I met the majority of the friends I now have... try going clubbing by yourself. You'd be amazed at how entertaining it can be once you get over yourself. Add liberal amounts of alcohol and see what happens.
J

I don't think getting older has anything to do with "losing" friends.

If you end up drifting apart from some friend, through some reason that isn't obviously your own fault, then, maybe you never were really good friends in the first place. Maybe they just needed you for some reason that you don't/didn't really understand, and then they started filling that need in a way that was easier or more realistic elsewhere.

In my case, lots of my friends have got married and it hasn't changed our friendship at all. This probably has a lot to do with the fact that they ended up marrying people who I also think are really cool.

I can only think of one instance where I "lost" a friend due to him getting married, which seemed really weird at the time. Interesting to note that this is also my only friend who is now divorced.

The other one where I now have some distance from is a guy who I'm pretty sure has gone schizophrenic and that just makes it impossible to stay on normal relations with.

Other than that, I'm still close to and have regular contact with all the friends I've known since grade 4. I'm basically 30 now. That says something.

One of my closest friends I haven't spend more than 4 months consecutively with in the same country in the last 9 years.

That being said, it's also quite easy to make new friends. I have been pretty age-irrespective of making friends for quite some time. That can include anyone from 18-60. I have good examples of all, but better not share them here.

I think a big part of it is being able to be comfortable with, and to be able to go out with, yourself. Having worked abroad alot, I've been lucky to be very comfortable going out by myself. Some people I know think this is a really weird concept. But if I'm bored, or alone (which is different than lonely), and wanna go out and meet people, then I just pick up my ass and go out. Go party or get drunk somewhere. You inevitably end up meeting people and out of that end up meeting new friends. Don't be picky. Just explore!

Ughh, I moved up north for school, and nearly everyone in university is 17, or those in my age group have the life experience of Bubble Boy from Seinfeld.

The chances of meeting people @ the local bars pale in comparison to the chance of reneck jocks stabbing you if their favourite Kim Mitchell song isn't played.

Not to mention most of the people that I built up long-term friendships with in Toronto aren't online, so I'm pretty much outta-sight/outta mind I guess.

I'd give anything to be back in the city @ this point.. stupid edumaction.

Oh yeah, and don't forget your cyber-friends on Tribe. Really, it can mean a lot, as the exchange of ideas in this thread proves.
L

I moved back home from school last year and now all of my friends are coupled off and always spending time together, makes me somewhat of a loner. I don't go out during the week at all, and I MIGHT go out one night during the weekend. I just don't have the urge to do much.
D

Here's the problem I have.

As I've been getting older, what's become important for me during my free time is different from what my friends want to do.

I want to do activities like basketball, ultimate frisbee, bike riding, bowling, etc. and my friends just want to eat, hang out, drink and go clubbing. The same fucking thing week in week out. I never really loved clubbing and lately I've felt the desire to feel like a kid again that actually plays instead of pretends to be cool at a club.

But then the other problem is that yes I could go to a community centre drop in basketball night but since I haven't played in so long my skill compared to others will suck big time. Also, playing with a bunch of strangers just isn't as fun.
M

Who pretends to be cool? We are cool.

What's with people and doing only one type of shit? Why not balance it all? When you're clubbing all the time or hanging out all the time, of course it's boring.
J

Be careful about making judgement calls on the way that people play.

TaCk OnE? said:
I'm getting way more anti-social as I age.
Click to expand...

same. but at the same time i really don't want to end up like my parents who spent all their time sitting around at home and never went out or ever saw friends. but it's just so easy to cuddle and movie watch instead of going out.
M

Jeffsus said:
Be careful about making judgement calls on the way that people play.

I say we go and play basketball AT a club. Just whip it out and start throwing it around.
Q

i had a non-existant social life for a while, but I took a very social part time and I made friends there

Bass-Invader said:
same. but at the same time i really don't want to end up like my parents who spent all their time sitting around at home and never went out or ever saw friends. but it's just so easy to cuddle and movie watch instead of going out.
Click to expand...

Yeah, I definitely don't want to end up like that when I'm older and more "settled". I love the fact that my parents hang out with their friends almost every weekend. They have a few different groups of friends who take turns hosting gatherings, and I think its great.
Q

EDIT : i had a non-existant social life for a while, but I took a very social part time joband I made friends there

People get older & change while others grow old and cling to what they know, that's when people drift apart. There's nothing that can be done about it.
J

Galactic Phantom said:
People get older & change while others grow old and cling to what they know, that's when people drift apart. There's nothing that can be done about it.
Click to expand...

My relationships with people are less in abundance but better in quality for sure.

I made a new friend last night! My downstairs neighbour and she's cute as hell!

i find i go through cycles of being social and not being social. i'll for months on end not wanting to go out and be social, then one day that will change and i'll become a party animal. but even then, i find i don't make too many new friends. i'll drift in and out of different circles of friends, it's weird.

See, i've always had like one BEST friend...and then we have a group of friends around us.......but i've always had a pretty tight crew.
Although funny, i dont speak to anyone i went to high school or university with.....except maybe 1.
i think its easier to make friends when you're older, there's not so much drama....mind you thats probably why most of my friends are men.
A 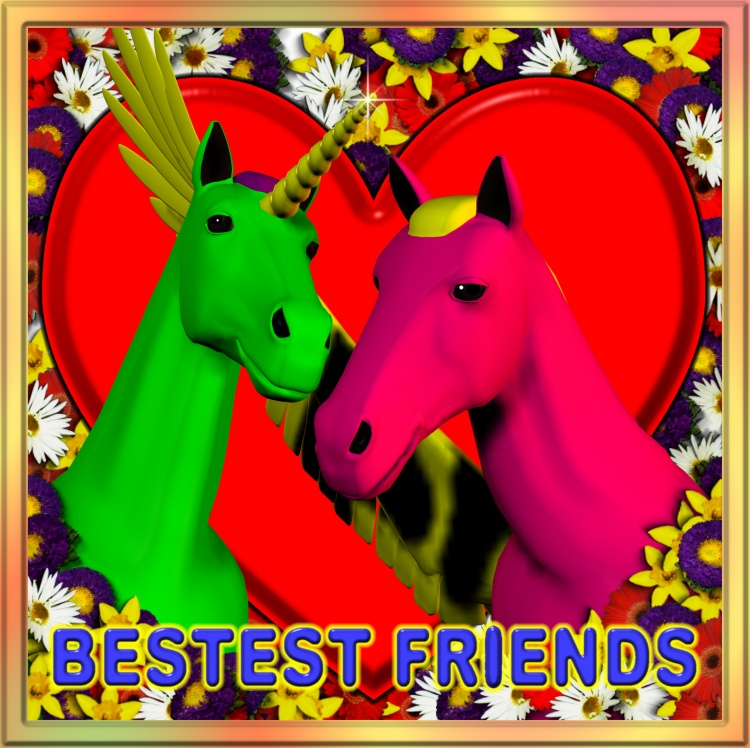 yup. moving sucks.
What I consider to be my most closet friends are spread across the world.

Galactic Phantom said:
People get older & change while others grow old and cling to what they know, that's when people drift apart. There's nothing that can be done about it.
Click to expand...

Yeppers.
People change, and situations change. While it may be nice to have everything remain the same, trying to greater or wanting to greater ones being does not allow for that.

I have some great friends that I maybe see once a month. Each time I see this couple I have a great time, its like we saw each other the day before. A lot of my friends are like this. I cherish them as much as if I saw them all the time. Their is no guilt about not being able to spend time together, its just joy. I have a great friend who requires alot of time and attention. If she is not my number one priority - then there is trouble. Its unfortunate really, as she is just as important to me as the other people in my life. It just sucks to feel bad if I cant hang out with her all the time. Its not that I dont want to, its just sometimes I need me time.

I think the problem with trying to make some new friendships, and to commit the time to them is that in our society today, all our time is rushed. Its hard to work, go to the gym, eat, and sleep sometimes. A friendship is a relationship - it requires time and commitment.

I have met some awesome people over the last few months, and I am sure the friendship will grow - if I were to close these people out, I would have already missed out. I guess its on a level on how you click with these people, something has to draw all the people together.
I

Trying to make friends in a new country with a language barrier thrown in the mix has proven to be the most difficult task ever.