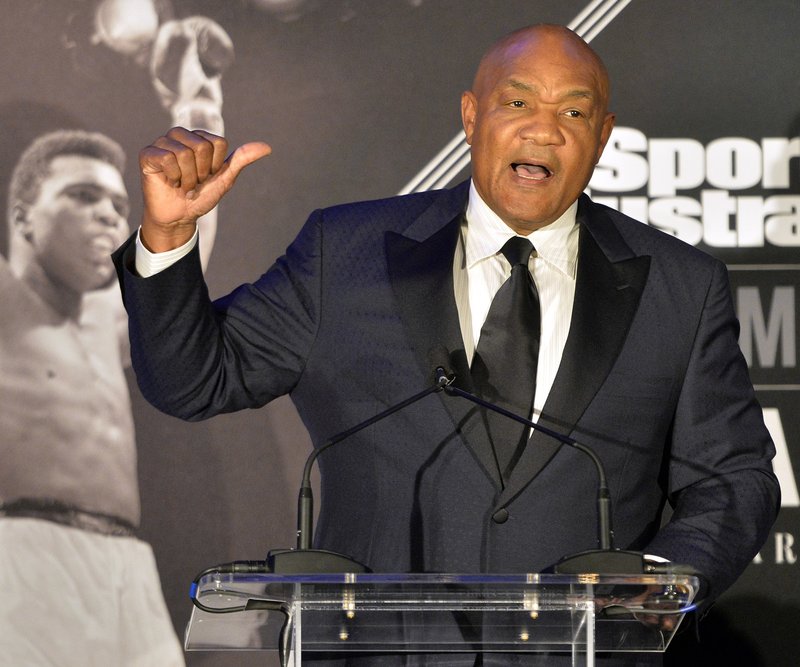 The 68-year-old Foreman posted a picture of the 65-year-old Seagal on Twitter on Monday, writing: “I challenge you One on one, I use boxing you can use whatever. 10 rounds in Vegas.”

When fans asked Foreman on Twitter why he wanted to fight Seagal, Foreman replied that the martial artist “really can fight” and is big enough to defend himself. Foreman first won the heavyweight title in 1973 and again in 1994.

Seagal made headlines last week for saying that NFL players kneeling during the national anthem were a “joke” and an “outrage.”

A representative for Seagal told The Associated Press on Tuesday that the star didn’t want to comment on Foreman’s offer.

I would LOVE to see this.

Does this make me a bad person?

No. It's Steven Seagal hopefully getting the crap kicked out of him.

Hopefully Foreman gets to keep Seagal's ponytail as a trophy.

Nobody gonna sanction it.