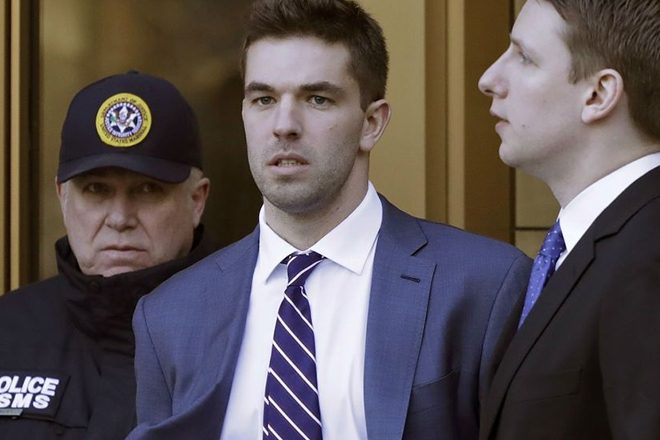 It's finally over everyone. The gavel has fallen and sentencing has been handed down. Billy McFarland, the 26-year-old founder of the calamitous Fyre Festival will spend the next six years of his life in a federal penitentiary.

In the summer of 2017, McFarland had been arrested and charged for fraud and pled not guilty the following October. It was in March of 2018 that McFarland fessed up and plead guilty to two counts of wire fraud. He settled his claims with the Securities and Exchange Commission (SEC) back in July to the tune of $27.4 million in fraudulent funds that he collected from Fyre Festival investors. He has been ordered to forfeit more than $26 million.

The capital he managed to raise for this "once-in-a-lifetime" music festival bankrolled McFarland's lavish lifestyle, penthouse apartment in Manhattan and his trips to luxurious destinations by private plane ahead of the disastrous event.

McFarland also pleaded guilty to two additional charges of bank fraud for running a sham ticket scheme and for writing a check using the name and account number of one of his employees without authorization.

Altogether, this amounted to what US Attorney Geoffrey Berman described as a "disturbing pattern of deception."

The team leading the prosecution against McFarland branded him the consummate con artist" and requested that McFarland serve between 11 and 14 years in prison.

"The defendant is a serial fraudster and to date, his fraud, like a circle, has no end," said Judge Naomi Reice Buchwald when addressing her courtroom in Manhattan. She went on to state that "Mr. McFarland has been dishonest most of his life" and that he was "unique in this court's memory."

When addressing the courtroom, McFarland said he knew he had "betrayed the trust of my investors, my customers, my family" and found the sentencing to be an "extremely bitter reality."


To recap what we already know, Fyre Festival was organized by Ja Rule and Billy McFarland’s Fyre Media company. It developed an image of luxury due to a significant social media campaign that had celebrities post on Instagram to off the festival's beach paradise offerings. Tickets ranged from $4,000 to $12,000 and the lineup featured Major Lazer, Disclosure, Skepta, Kaytranada and more. That said, artists pulled out before the festival began without any knowledge to ticket holders. Once patrons arrived, they were met with an empty beach, horrible tent conditions and bread and cheese for meals.