PosTMOd said:
Gotta love the fools who spend all that money looking for "life on Mars"... and these aren't complete idiots (idiot savants maybe), no no, they are actually fairly intelligent people, but apparently not intelligent enough to grasp that life on Mars is an impossibility*.


*and I do mean impossible, not merely improbable
Click to expand...

you know....I know that your a very smart guy, but man......you're stubborness in pretending to know the authority of what is and isn't true, jsut makes you look stupid.

The fact fo the matter is .....there are a million possibilities out there and unless you've actually hoped on a ship an flown to Mars, then any vein attempt at shooting down others is jsut absurd.

"No, No.....any intelligent person cleary knows that earth is the centre o the universe...Galileo, you are just plain retarded!"

Honestly man, for all we know we could be sitting on a shelf in a holocube next to Moriarty and Data.

You know, it's interesting that you'd bring up the idea of a geocentric vs. heliocentric solar system, since that actually has something to do with the idea of what life is, how it evolves, and how it is impossible to have it evolve in conditions other than those provided over the past 14 billion years in the local part of the universe in which I sit and type this out right now.

stryker said:
Honestly man, for all we know we could be sitting on a shelf in a holocube next to Moriarty and Data.
Click to expand...

will smith said it best...


and even then i question intelligence
P


and even then i question intelligence
Click to expand...

Using terms such as "race" makes me question his intelligence.

stryker said:
This is a pic from the site of a whistle blower named John Lear. Look him up, he has an extensive history in aviation and aeronautics.

A short bio on him 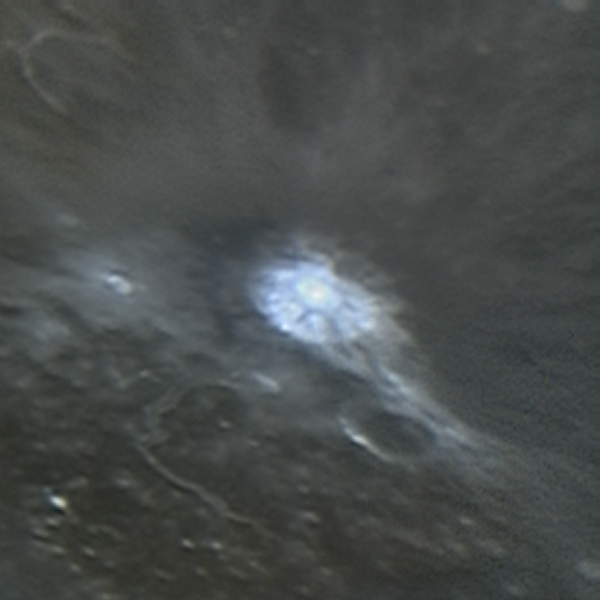 Awesome. I found this video:

oh man, now im on some site where he is talking about meeting aliens and how they drained human blood from their eyes. and swapping technology with aliens.

limiting abductions for techology! And we are a farm for aliens.
Last edited: Jul 25, 2008

stryker said:
This is a pic from the site of a whistle blower named John Lear. Look him up, he has an extensive history in aviation and aeronautics.
Click to expand...

WEll, actually i've read up on John Lear a bit prior to this conversation, primarily because of his association with "Pilots for 9/11 Truth", something that already announces a predispotion towards fantasy.

Googling him reveals a series of claims way more preposterous than anything the 9/11 Truth movement has come up with, and that's saying a lot!

Here's an example of a discussion sparked by some the following John Lear claims.

(a) NASA has current mining ops. on moon. Basis for claim: a supposed 16X20 negative he got from NASA which is a raw photo from Lunar Orbiter 2. He sees obvious cranes, buildings, and a space port.
(b) "We" are currently working with aliens at this spaceport and this is being covered up by NASA
(c) NASA "air brushes" all moon /Mars photos to hide evidence of civilization.
(d) Apollo was a "cover" program and really we went to moon in 1962 and future years.
(e) the population of Mars is 600 million (aliens? humans?) and he thinks this because of a late "government insider"
(f) large mining equipment for this mission was built in Alabama but has now been moved to Antarctica to cover program with secrecy
(g) moon has a breathable atmosphere (did he really say this, it sounds SO ludicrous?)
(h) there was a 4th man who perished with White/Grissum/Chaffee in 1967 in Apollo 1 fire, but this man was part of the "secret astronaut" core and his identity had to be covered up
(i) antigravity propulsion to moon gets craft from south pole to moon in 1 hour (I'm not kidding, I think he really said that)​
The problem is that astronauts and sons of famous jet fighter inventors are human beings, just like us. As such, I think its pretty fair to say that some among them will be some who end up taking some pretty crazy positions on a variety of topics.

I mean, there was that astronaut packing diapers on a cross-country trip to confront an ex-lover not so long ago - if that doesn't illustrate their essential humanity then Mitchell and Lear surely do...

I definitely plan to look into the Disclosure Project in more detail because this topic definitely interests me even if I'm coming at it from what Lear might perceive as "the other side". I enjoy watching UFO docs and reading their materials* even if its done with a skeptical eye. Should the smoking gun ever arrive, I'm prepared to change my tune. I just don't expect that to be all that likely..

And ya, I definitely have become a little "passionate" about this type of stuff lately and feel the need to post when stuff like this is posted. UFOs, 9/11, new world order -> when I see that in a forum I participate in I just feel this impetus to put up some opposing views, partly for the self-satisfaction of debating but also for those who may not be all that well informed and read things like that without a counterpoint..

Don't take it personally, its all in good fun.. I'll report back once I've had the time to look into some of the materials you've provided here in more detail! But for now, Civ 4 is beckoning... and a frozen pizza

* Not saying this is the level of stuff you're posting here but just for interest and amusement, here is one of the crazier theories out there, the UFO-Nazi Underground Base conspiracy... ya, I just typed that.
Last edited: Jul 25, 2008
P

It's not a difficult thought experiment to go through:

If I were part of a group intelligent enough to have the technology to travel millions of light years around the universe, what would my thoughts/technology/existence be like?

1) there would NOT be a "prime directive" NOT to "interfere"... intelligence of such a scale would understand the processes of evolution [life itself] to a degree unimaginable to most people, and that would mean that they would have the moral obligation to "interfere" in order to help out

2) they would not send one or two or three wee little aliens to visit... if they had that sort of technology, it would be of a scale/speed unimaginable to most, but it would be, like, bigger, than, like The Titanic even, and, like, wouldn't be Laika the Dog or a couple of clowns in a space shuttle... duh, fucking duh...

3) they wouldn't exist "outside our sensors" or shit like that... get a fucking grip...

4) the technology would not be able to be hidden from the populace of earth, and in fact the "aliens" would be certain to have everyone know... and the tech would be great enough to be able to defeat any stupid terrorists or anything like that, so there.

Anyway, I wasted hours thinking about this when I was, like, 10 years old, so I ain't gonna repeat that experience... I'll let you childrens have fun with it.

stryker said:
I don't really have right at this moment to go through things point for point. My bottom line on this guy is....he was an Apollo 14 astronaut. period.
Click to expand...

Astronauts are regular people too, and aren't infallible.

Astronaut charged with attempted murder is released on bond

NASA astronaut Lisa Marie Nowak stalked her romantic rival for two months before attacking her in a parking lot at Orlando International Airport Monday morning, a hand-written statement by the victim reveals.

Air Force Capt. Colleen Shipman, stated that Nowak was an acquaintance of her "boyfriend" but the two had not met until the astronaut doused her with pepper spray.

Nowak drove from Houston to Orlando to "physically confront and assult (sic) me," Shipman wrote when applying for a restraining order against Nowak.

On Tuesday, a haggard Nowak appeared in court twice in Orlando to face a bevy of charges, including attempted first degree murder.
S

I think there's little doubt there's life on other planets in other galaxies out there, but the fact is they're ridiculously far away. Also, I don't really see why anyone out there would want to come all the way to Earth to visit our shit-ass backwater civilization filled with a bunch of warmongering selfish shortsighted idiots. It's not like we have anything particularly worthwhile to offer.

Well, we do have macon now!!

I always thought our contact with extraterrestials would happen after we're wiped out... have you ever looked at our infrastructure and thought, "holy shit - this is gonna leave behind one of the richest archeological finds in the universe!"
S

praktik said:
Well, we do have macon now!!
Click to expand...

HI WE'RE FROM A SUPER-ADVANCED CIVILIZATION WITH INCREDIBLE TECHNOLOGY THAT ALLOWS US TO TRAVEL FASTER THAN THE SPEED OF LIGHT! WE'VE TRAVELED HALFWAY ACROSS THE GALAXY TO STICK THIS PROBE UP YOUR ASS AND LEARN ABOUT MILEY CYRUS!

PosTMOd said:
3) they wouldn't exist "outside our sensors" or shit like that... get a fucking grip...

4) the technology would not be able to be hidden from the populace of earth, and in fact the "aliens" would be certain to have everyone know... and the tech would be great enough to be able to defeat any stupid terrorists or anything like that, so there.
Click to expand...

Although I agree. Assuming a race has break light speed technology, would also would be leaps and bounds beyond our current understanding of physics. why would we blindly assume they would'nt have technology to "hide" themselves?

JamesM said:
Assuming a race has break light speed technology, would also would be leaps and bounds beyond our current understanding of physics. why would we blindly assume they would'nt have technology to "hide" themselves?
Click to expand...

Why would they "hide" themselves? What reason?

JamesM said:
Although I agree. Assuming a race has break light speed technology, would also would be leaps and bounds beyond our current understanding of physics. why would we blindly assume they would'nt have technology to "hide" themselves?
Click to expand...

Actually this is something we're laying the groundwork to discovering ourselves...

hmmmmm... think I'd pay a visit or two to the Hawaiian Tropic Bikini Contest changeroom....
P

PosTMOd said:
Why would they "hide" themselves? What reason?
Click to expand...

praktik said:
Actually this is something we're laying the groundwork to discovering ourselves...

hmmmmm... think I'd pay a visit or two to the Hawaiian Tropic Bikini Contest changeroom....
Click to expand...

well, so they can't be seen.
P

JamesM said:
well, so they can't be seen.
Click to expand...

Why would they want to be unseen?

As a sidenote, even our limited human intelligence has noted the following law: observation changes stuffs... see, for instance, the double-slit experiment... therefore, there is no such thing as "non-interference" even with mere observation, thus the "prime directive" as presented in moronic shows cannot in fact exist.