Status
Not open for further replies.

Was it just me, or was that pretty damn special? Wow.

Def. one of the best parties I've been to in a while.

Numbah One fan in the booth... 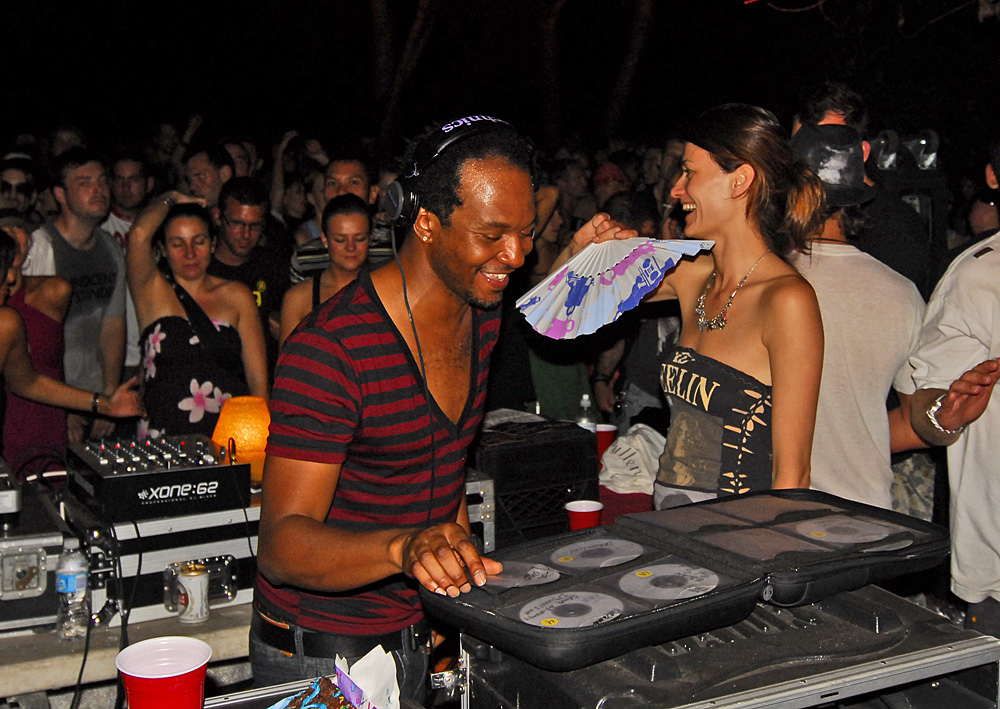 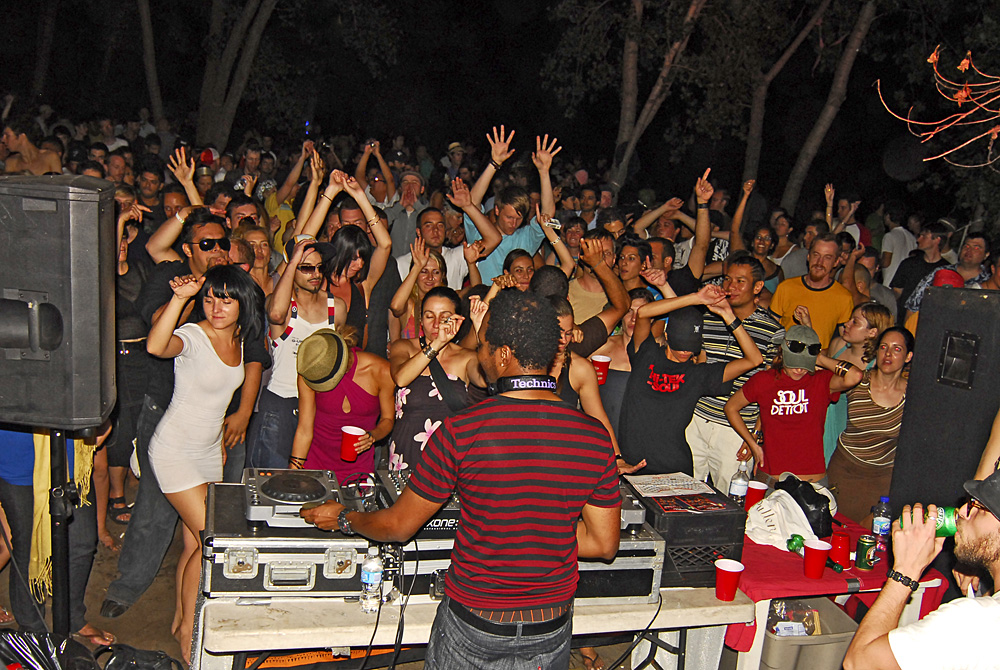 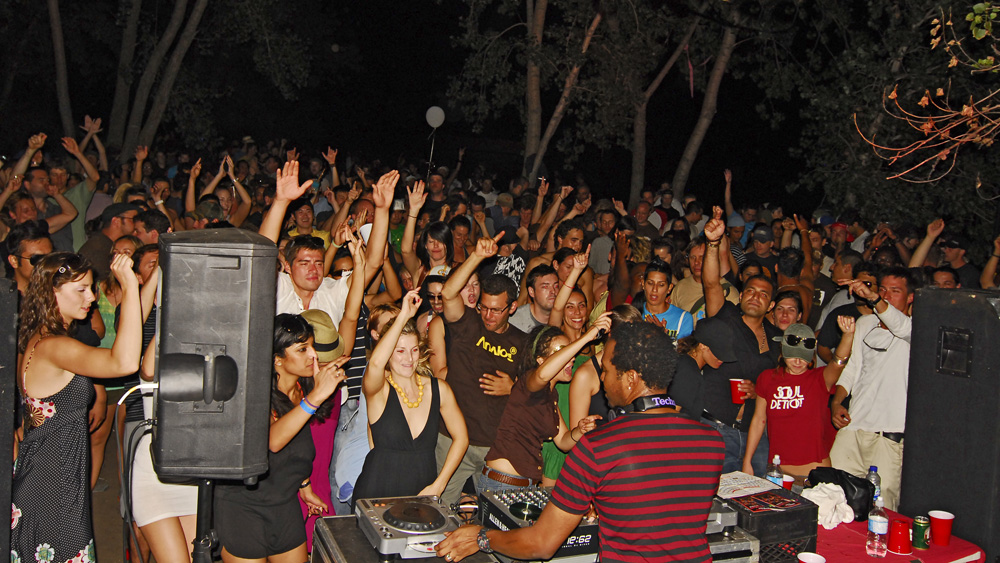 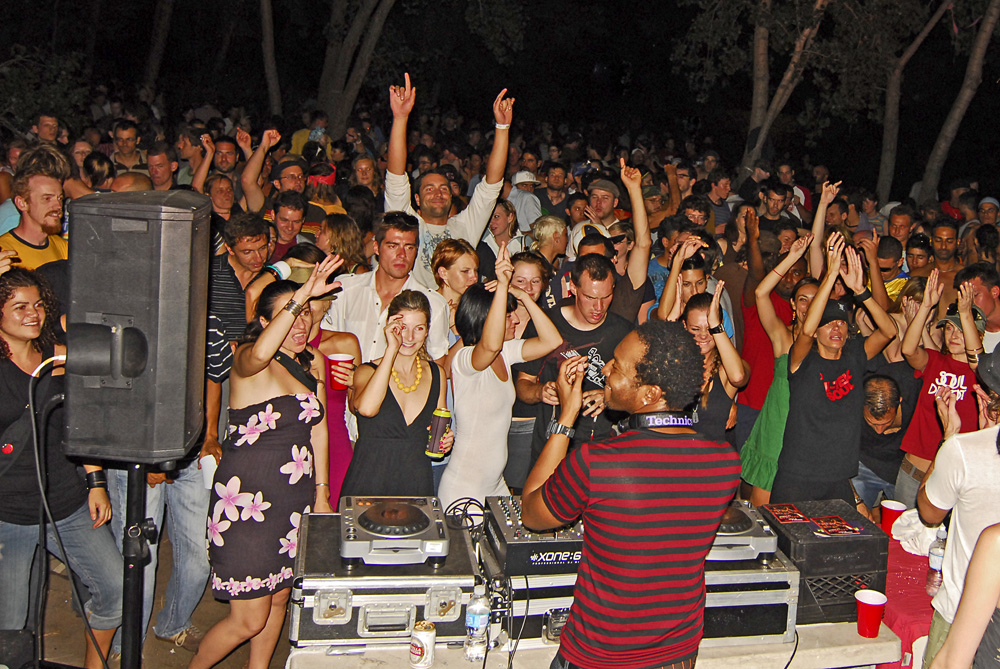 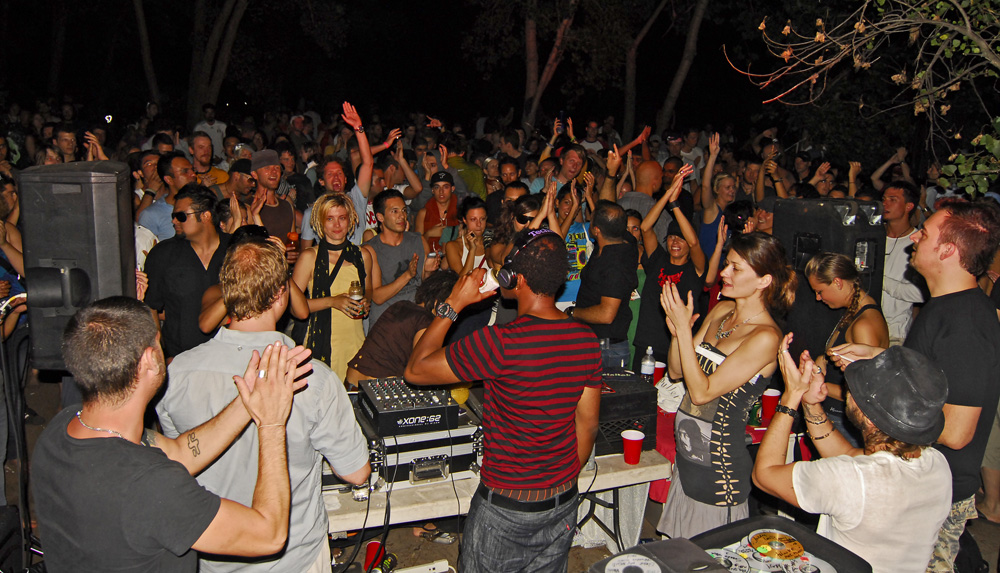 now THAT was one of those nights!


unnnnngh... so glad I went out to this.

Staff member
It was fine until some hippie retard locked his $50 supercycle to my bike right by the booth. I wanted to leave 9:50 and had to be across town but Dave refused to make an announcement to see if the person would come forward from the crowd to unlock his bike from mine when asked to do so at 10 pm, and I had to wait there until they turned the music off at 11:20 before Dave made an announcement. He told me that the DJ had special requirements or some such crap and I had to wait until they turned it off. Believe me I am not very happy with them, considering all the free promo I give them on TRIBE, including years of free event listings in the upcoming events forum to show support for the event in its time of need. Really quite lame of them IMO.

Geezus motherfucking Christ, Stacey Pullen is a regular vistor to TO, is not the least bit primadonna of any DJ, and he wouldn't have minded at all.

What a dilemma: to walk home to Leslieville and come back with an angle grinder and grind the offending supercyle in half to remove the lock, or wheel my bike with the hippie crapcycle locked to it for 3 km so I could cut it off at home. I chose to stay and wait and it was hell. And moreso because I had to be somewhere else at that time too.

Thanks to Michlerish and other TRIBErs for walking through the crowd and asking around about the owner of the crapcycle. They were of great help and comfort. I sure wish it would have come from the Promise people though. Not very happy with them tonight. Just pray if you go down there on a Sunday night, that you won't need any kind of timely assistance from them, because frankly, if I couldn't get it and we have a long history, average Cherry Beacher with blanket wouldn't have a hope in hell of getting it. But then, maybe they might be glazed over by Dave's primadonna DJ excuse.

Also respect to the many people who came by to show support and sympathy and to wait with me for a while. You have no idea how slow time goes when you are waiting for a retard to unlock his bike from yours.

As well, while I was waiting for dreadlocked fuckface boy wonder to unlock his boat anchor of a fake mountain bike from my specialized, Some guy a few feet away discovered that someone had stolen his bike shoes! Someone had taken the socks out of them and left them but took the shoes! He was trying to figure out how it would be like to pedal home on SPD pedals barefoot.

Not a fun night. Maybe its time to get back to the community spirit of the gig; where there are lots of cyclists who attend who know rule #1 about locking bikes, or have security or helpers on site to stop the increasing thefts and provide assistance to attendees if the organizers are unable or unwilling to do it themselves.

Eventually hippie fucktard showed up and took his crapcycle away and I arrived back home at midnight. May he suffer the same fate someday.
G

Maybe they were recording his set, and didn't want a announcement about a bicycle lock to appear within?

Did you have words with the idiot that locked his crap to your wheels?
J

Well this just goes to show that some cyclists shouldn't be on the road (aka, the Hippie).

THis is the same crap drivers deal with all the time at large events around the city when people double/triple park and block people in inside parking lots. Canada Day anyone?

Free publicity or not, I think it would have interrupted the flow and the vibe for people, usually people hate when people are on the mic. What if this was an event somewhere else? "Mr so and so, you're triple parked. Herb cleanup in aisle 4. Can I get a supersize fries to the stage please"... and on and on and on...

Use your cell, say "hey I'm gonna be late, some retarded hippy locked his bike to mine", and then exact vengeance on the hippy when he arrives.

This goes to show, hippies should be shot.
J

Had intentions of coming to this one, but Pullen did me in at FW the night before... couldn't really do anything yesterday!
E

That was awesome! Seeing Pullen and A-Skillz for free made my Sunday. Also bought out three Cherry Beach virgins and they had a blast! (I think). Bigups to the beer delivery crew and the T & T food mission crew. The memories from last night are making this morning bearable.

What a fantastic Sunday.

Pullen was dropping some magic last night. The perfect weather and vibe on the beach made for a special set from him. I am glad it went off uninterrupted because the groove he was hitting around 10:30 was the things legends are made of.

Detroit was all up on that beach.

gasper said:
Maybe they were recording his set, and didn't want a announcement about a bicycle lock to appear within?

Did you have words with the idiot that locked his crap to your wheels?
Click to expand...

Recording the set was not mentioned by either of the promise guys when I was trying to get their help with this. And i think it would be highly unlikely that the set was being recorded.

I had some words with retard cyclist but that in no way made up for the sheer agony of having to wait all that time, hoping, that someone would come to unlock their bike from mine.
K

I left just right after 6:30 Pm with the kid and the fiance never had a chance to check Stacy Pullen but over all it was fun and funky Sunday with the family.

Sucks to hear about your bike Alex, I know how it feels when some people pull this type of shit.

alexd said:
Maybe its time to get back to the community spirit of the gig
Click to expand...

It sucks that you had to wait to get at your bike, dude, but there's no reason to come down on the organizers and community for the actions of one clown. Pullen was playing a really special set and it's not every week that Cherry Beach gets graced by a DJ of that caliber. Regardless of how much free promo you've extended their way--short of a true emergency--there was no reason to interrupt that set for any one person's inconvenience.
L

Had a great time yesterday afternoon. A-Skills was dirty funky. Wish more of toronto showed up for his set because it was just that good. Hope he gets to come back sometime soon!!

You should have hung around for Pullen, Grandma.

Then again I'm sure you had to get home to catch some Golden Girls reruns.
S

I had a great time, Pullen was great.

Spinsah said:
You should have hung around for Pullen, Grandma.

Then again I'm sure you had to get home to catch some Golden Girls reruns.
Click to expand...

For serious. One second...having a conversation with the dragon. Next second...gone.

Staff member
My point is that I get the feeling that no matter what was going on, they wouldn't have paused for an announcement. Having been to a good many of these events there I have heard pauses for announcements for similar things many times before.

Being a DJ myself I am not really into people making announcements during my set, but it is always a possibility at a venue like that, and has been in the past - especially early in the set which was the case last night.

Aside from my experience, for which I was justifiably angry, my observation is that if some other announcement had to be made "for a real emergency" as you say, by the time you actually got them to make one, stabby or whomever would be standing on top of an enormous body count, the call for the doctor would have come far too late for the person having the heart attack ("Dude! Just hang in there, look at everybody going off! The set's nearly over!"), the wandering and lost child would wind up very lost indeed, perhaps in that really weird part of Cherry Beach just to the east.

It was certainly an observation I had last night while waiting, that at such a borderless event filled with a lot of incredibly wasted people, many who nobody has seen before and are strangers to the community who usually goes, that it has been pretty much sheer luck that nothing tragic has happened so far. As a long time party goer I am incredibly grateful for that!

My feeling is that there is no harm for the promoters to be more responsive and aware, about the community after the sun goes down. I don't think the focus should really be fluffing the DJ at that time, but hey, its not my event. Maybe they were just starstruck last night or something, I dunno. Whatever.
S

gasper said:
Maybe they were recording his set, and didn't want a announcement about a bicycle lock to appear within?

Did you have words with the idiot that locked his crap to your wheels?
Click to expand...

No I don't think this was an issue of not wanting to interrupt Sp's set.

Right between Myers briggs set - as Sp was putting his first track on.. Dave came on to the mic and announced what a special night this was for Toronto and said some other gibberish... That could have been an ideal time to make an announcement about a long-time supporters issue- instead of stroking his own balls.

Promise needs to get their head out of their ass
D

U-Lock or Chain?
Most cheapo U-Locks are easily defeated with a Bic pen...
S

Myers Briggs blew him out of the water.

I had a great afternoon at Cherry Beach...left around 730ish and the place was really starting to feel "full." Thanks Promise and MIF for the afternoon funk!

Dr. Grinch said:
U-Lock or Chain?
Most cheapo U-Locks are easily defeated with a Bic pen...
Click to expand...

We tried the bic pen. Aside from the promoters, many other people came by to try different things to open the U-lock - some who I knew, many who I had never met before. That was awesome IMO. A few people came by to just wait with me which was really cool I thought.

Status
Not open for further replies.