I am planning on doing a mixer upgrade, but want to get rid of my current one first.

It is a one year old Ecler Nuo-5 in mint condition. It has only been used at home, and is in perfect working order.

I'd be willing to part with it for $900. I'm losing quite a bit on it, but really want this new mixer.

Ecler is famed on the DJ circuit for their top-notch scratch mixers, so it came as a bit of a surprise to find they had produced a club mixer. However, the Nuo5 is quite different to your average five-channel mixer. Here's why...

Superficially the Nuo 5 is a simple and well laid out club mixer, but taking a closer look reveals that it has quite a few tricks up its sleeve. Boldly stepping into new territory by including USB connectivity and a MIDI port, the Nuo5 manages to pull these two concepts together whilst taking a new unique approach to how these features are implemented. The Nuo5 also includes comprehensive scratch features while also being well suited to club installation and mobile use.

MIDI'D UP
The Nuo5's MIDI port is designed for the growing number of DJs that are starting to incorporate external studio gear and computer software into their sets. The Nuo5 has an automatic BPM detector that listens to the music. When the mixer has worked out the speed of the music it creates a signal on the MIDI output port called a clock. This is a pulse that other pieces of equipment can lock to, which makes them the same tempo as the music playing on the decks or CDs. This can include effects units for delays and filter sweeps - perfect for the Korg Kaoss Pad - or it can be used to lock sequencers in time such as the remixing software, Ableton Live.

We found this feature worked well with Ableton and other drum machines, but, as expected, cannot be solely relied upon and slight adjustments to the deck or CD is necessary to get it perfectly synced - so just like normal mixing in that respect.

EFFECTS
The Nuo5 is also loaded with quite unique effects. For the first time the wet (effected) and dry signals can be mixed and chopped using a cross fader. This makes the Nuo5's effects ideally suited to intense performance techniques such as that of a scratch DJ.

The Nuo5 is also quite unique in that the effects can process more than one input. The BPM engine is also used internally by the effects to keep parameters in time. Different frames of beats and bars can be scrolled through using the time dial. The Nuo5 automatic BPM recognition is pretty spot-on for most popular dance music.

There are eight digitally beat synched effects, two manual filters and two vocal effects. This is bolstered even more with the inclusion of the send and return connections. It can't be used independently to the effects, but it's a nice addition all the same.

DIGITAL ANALOGUE
The Nuo5 uses a combination of digital and analogue processing. The audio is mixed in the analogue world while the effects are digitally controlled using a computer via the USB port. The USB port is not just for updating the mixer's software, but allows DJs to control the onboard effects with far more parameters than could be fitted onto the actual unit itself. These effects parameters can be controlled in real-time from a laptop (USB cable and PC only software included).

Each effect can be fine tuned to taste or drastically altered and these settings can then be stored on the computer for recall at a later date.

EQ CONTROL
The EQ control is very good on this mixer and has great big dials that work perfectly regardless of your mixing technique. Each channel gives a cut of -30dB - which is effectively a complete kill - and boost of 10dB. The mid range differs slightly in that the cut is -25dB, which still gets rid of it when fully off. The frequency range that these different bands (low/mid/hi) cover is logical and natural sounding when used to blend between tracks.

FADERS
Ecler are really showing off their skills in this area by including the only cross fader to come with a five-year warranty. The Eternal fader works with magnetic fields so there is no contacts to wear out. Ecler's skills in this area also shine through from the sheer level of control over the cross fader curve, direction and even more options than you could count on both hands.

The Nuo5 comes already installed with the Eternal fader so it's geared up to the scratch DJ from the start. But if this feather-light VCA fader is too loose for beat mix DJs, there is a second fader included which is more suitable. All of the fader curve and other controls work the same for both VCA faders and the switchover is simple as the entire fader area comes out with four screws.

CONNECTIONS
There are four phono connections which are gold plated and another six RCA line inputs, which are not. The forth channel has a second line input on the top panel while the fifth channel is designed to look after the mic inputs with a dual XLR and jack input with talkover features. The XLR connection features phantom power for compatibility with condenser microphones, set internally with a three pin jumper.

There are different input sensitivities on the line inputs to accommodate different types of equipment. Output one has balanced XLR plugs and another stereo output on RCA. Output two is ideal for the booth monitors with two sets of RCA connections, but one is mounted on the top of the unit for easy recording access. The output stage can be internally configured at two levels - 0dB or 6dB - and can be set to mono.

CONCLUSION
The Ecler Nuo5 is capable of providing the tools needed for existing styles such as scratching and beat mix DJs, but is forward thinking in providing features needed for the DJs of the future. The MIDI function is unique in that it can be automatically synchronised to the BPM and the USB port opens up the potential of the already quite special effects for either live control or accurate fine tuning. Compared to other four/five-channel mixers in this price range (and above) the professional connectivity, brilliant sound quality and Ecler's excellent tried and trusted build reputation combine to make the Nuo5 an excellent piece of kit.
Last edited: Mar 30, 2006
O

what the hell are you upgrading too? that's a pretty hot mixer..
A

oeretS said:
what the hell are you upgrading too? that's a pretty hot mixer..
Click to expand...

oeretS said:
what the hell are you upgrading too? that's a pretty hot mixer..
Click to expand...

Agreed, nice mixer you have there.
R

Colin, you DJing with a Xone 92 is like a driving a canoe with a 250 HP outboard motor.

wicked deal though on a hot mixer.

wicked deal though on a hot mixer.
Click to expand...

I was thinking more like bringing a bazooka to a knife fight.
R

valid, and suitably aggro. I like it, let's go with that.
A

You did give me a great suggestion for cottage fun this summer.
R

i can tell you first hand that the xone 92 is a quality mixer.

When people don't look i sometimes embrace it in my arms and whisper sweet nothings in the xlr plugs...

The Ecler Nuo series are outstanding mixers. Faders are so smooth, like it's not even there. Build/sound quality is excellent...
A

This is a fantastic mixer.

I had fun playing on it and spunking in the mic input.
A

hmm... still waiting to hear from ya.. lemme know whats up

Acidiphonic said:
hmm... still waiting to hear from ya.. lemme know whats up
Click to expand...

did you get my PM?

Jonny Thrice said:
did you get my PM?
Click to expand...

Yes. Acidiphonic said he was the guy you were referring to.

Mixer is now SOLD! Thanks for the interest.
A

Agent Smith said:
Sorry, your offer was too low.
Click to expand...

thats ok i got one for $985 new american with a store receipt.

Acidiphonic said:
thats ok i got one for $985 new american with a store receipt.
Click to expand...

Good for you! You want a cookie or something?
O

Acidiphonic said:
thats ok i got one for $985 new american with a store receipt.
Click to expand... 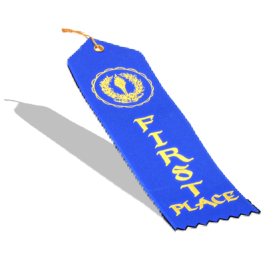 it was 200 more delivered. Which is a far better deal considering it was new and not used. thats not alot more to pay. and he says he sold it for more than a 1000 canadian anyway which means he basically ripped someone off... but eh just makes the person who paid that much stupid.