this is not to incite rage amongst animal cruelty groups but rather just the opposite....

when that perfectly seared piece of foie melts in my mouth it's a close as you get to God without actually going to church!

my vote: love it!


*love to eat them
S

i only eat meat if i feel the animal has been tortured sufficiently.

yum yum and triple yum
B

Foie Gras is so awesome - it's like a little taste of heaven with a touch of feel good hell!

By GRETCHEN RUETHLING
Published: April 27, 2006
CHICAGO, April 26 — The City Council voted Wednesday to make Chicago the first city in the country to outlaw the sale of foie gras, the fatty livers of geese and ducks that many consider a delicacy but animal rights advocates describe as a product of inhumane treatment.

The ban, adopted on a vote of 48 to 1, makes "food dispensing establishments" — restaurants and retail stores — subject to a fine of $500 for selling foie gras. The ordinance, which takes effect in 90 days, will be enforced by means of citizen complaints, said Joe Moore, the alderman who sponsored it.

Many in the restaurant industry said the ban would have little effect on business, but they condemned it as an unwarranted intrusion by city officials. "Government shouldn't be dictating what we eat," said Rick Tramonto, executive chef at one French restaurant, Tru. "It's just not right."

Foie gras is produced by force-feeding grain to ducks and geese several times a day through a pipe inserted into their throats, causing their livers to expand. California enacted a law in 2004 that will end the production and sale of foie gras there in 2012, and similar legislation has been proposed in a handful of other states. But Gene Bauston, president of Farm Sanctuary, an animal protection group that supports such bans, said Chicago would become the first place in the country to enforce one.

"Today Chicago made a historic, kind statement, and I think its ramifications will be felt in other parts of the country," Mr. Bauston said.

"We have children getting killed by gang leaders and dope dealers," Mr. Daley said, according to The Chicago Sun-Times. "We have real issues here in this city. And we're dealing with foie gras? Let's get some priorities."

Whenever it's available on a menu, I am always sure to order it.
M

I only like it made a certain way... I had it in thick slices once, and it was cold... I didn't like it that way at all. Too fatty and globby and nothing to eat it with.

I like it when it's in a ramekin and smooth, and served with little toasts
M

The person about to consume the swollen, drunk and roasted Ortolan places a napkin over his head for two reasons. The first is to appreciate the aroma of the bird, and the second is religious; one must hide their cruelty from the sight of God.
Click to expand... 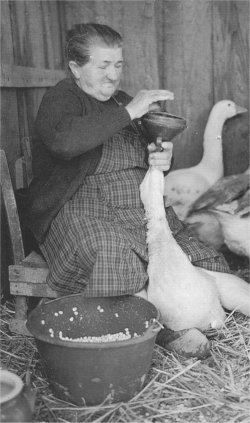 just stick a tube down my throat and force feed it to me! i LOVES me my fois gras.
M

Mephisto said:
for me, a big part of eating is asserting our collective station on the food chain. what better way to do it then with some duck's distended liver or blue fin/sea bass whose population has been decimated or a baby cow that's been chained to a post and massaged whose sole purpose is to be delicious for a window of ten seconds after it's slaughtered and before it festers and rots in my GI tract.

i find it hard not to be callous when people are quick to attack foie gras (sometimes as some vieled stab at haute bourgies) but still eat at kfc. do humans do some fucked up shit to animals? no diggity, but they also do a lot more fucked up shit to eachother *insert great lakes region of africa rant* *insert malthusian amuse oreilles*and until that changes, i'm not going to lose any sleep over some animal bred to be delectable.

it's their own fault for being so delicious!

they all want it. their gizzards say no, but their eyes say yes.
Click to expand...

Some foie will be going down tomorrow night for sure, dinner at Amuse-Bouche. Can't wait.
B

Animals are so cute and tasty...I just like appreciating them in all the ways they have to offer.
M

Balzz said:
Animals are so cute and tasty...I just like appreciating them in all the ways they have to offer.
Click to expand...

I like it. I wouldn't say I love it.
There's better tasting food out there.
I'd take fatty bacon over foie gras.
T

love it! BTW, the best foie gras, Grade A or Artisinal, involves little to no animal cruelty whatsoever.

Mephisto said:
it is my dream to be wealthy enough some day to begin each day with a new pair of socks and a breakfast of shaved truffle over seared foie and mutherfucking ortolan
Click to expand...

I had never heard of this ortolan, cool shit...

"The eating of the ortolan has ethical eating groups baying for blood. First, it is caught with a net in the forest. Taken alive, its eyes are poked out and the bird is put in a small cage. It's then force-fed oats, millet and figs until it has swollen to four times its normal size. Then the bird is drowned alive in fine cognac. Then, it's roasted whole, in an oven at high heat, for six to eight minutes. Once it reaches the table, a napkin is placed over the eater's head. The technique of eating the ortolan is to put the whole bird into the mouth, with only the beak protruding. Here sadism mingles with masochism. The first taste as you crunch on the bird is the brandied flesh and fat. Then, the bitterness of the guts follow and finally, as the tiny, delicate bones are being chewed on, they will lacerate the diner's gums, with the salty taste of the bleeding gums mingling with the richness of the fat and the bitterness of the organs. Chewing the ortolan takes approximately 15 minutes."
E

Been there, done that:
When I was growing up, we had a cousin (the fat cousin, we called her, to distinguish her from the really skinny one), who lived in the Perigord.

So every holiday she would ship us tins of foie gras, or bring them to family reunions; so we had tons.

And in the days when I was into stuff like that, sure, foie gras was good, but a proper terrine as made by my great-aunt was waaay more interesting taste-wise.

Now I don't each much meat (not out of a cruelty concern, though foie gras is still pretty high up there on that scale, no matter how you sugar coat it) so it's a non-issue; and I don't miss it at all.

eating an ortolan sounds awesome. they are also known for their musical ability.

There are only three places I've had foie gras recently that were actually any good (I suppose the AAA quality the Plunger is referring to).

Two were in Montreal. I basically don't order it here anymore - 2 out of three times I'll just send it back so it's totally not worth it.
F

Do I like foie gras? Let me consider exhibits A-H: 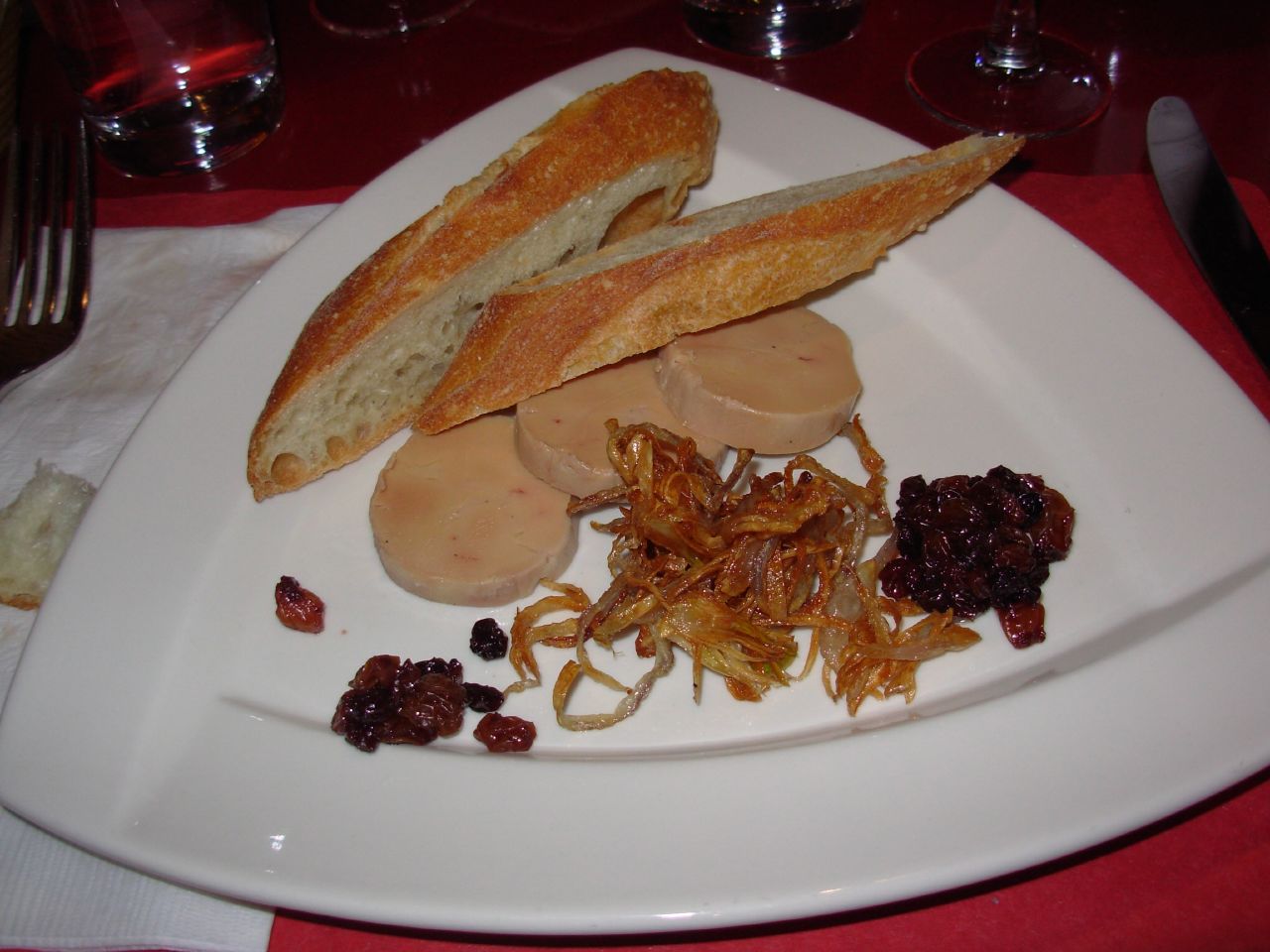 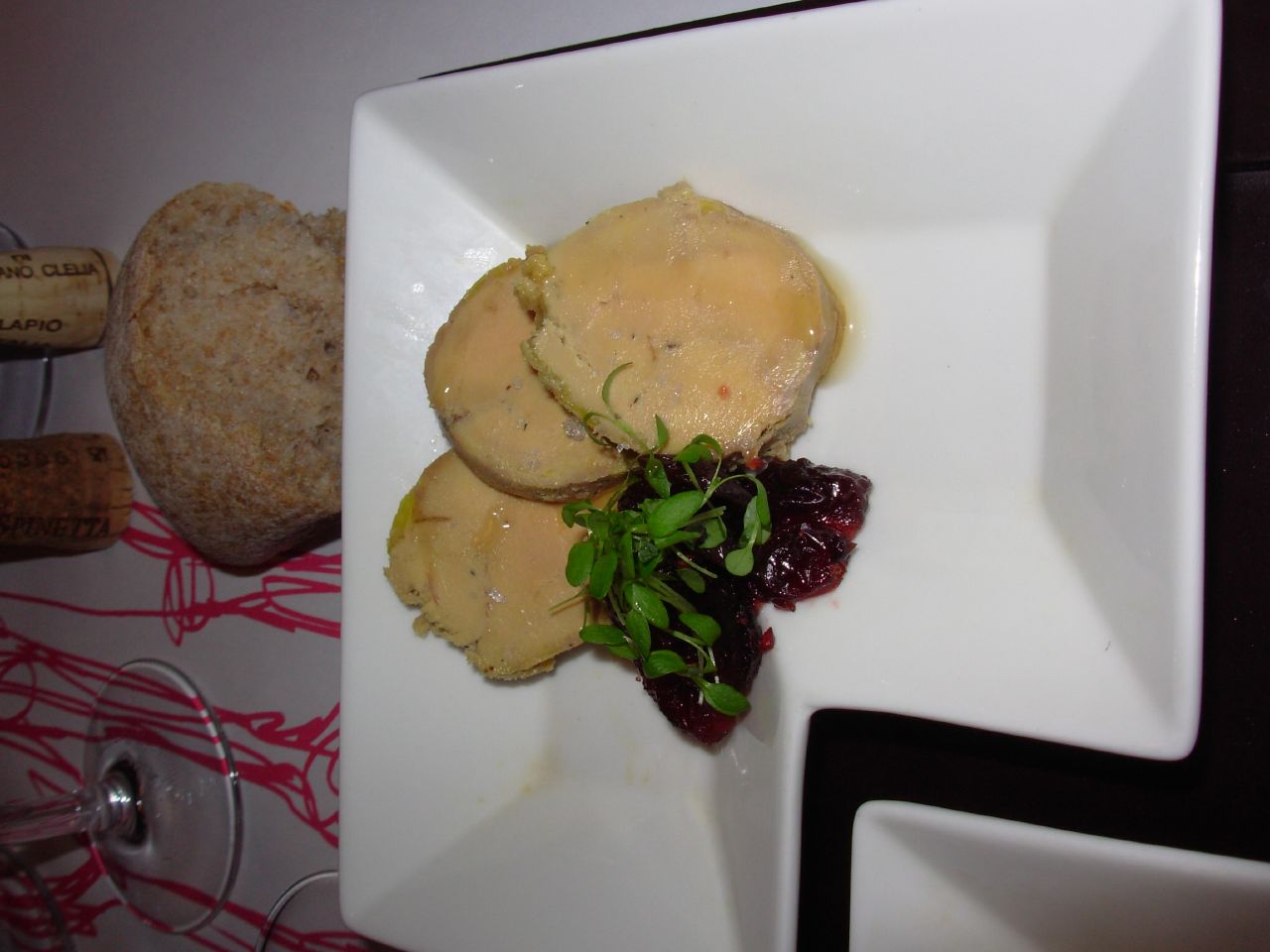 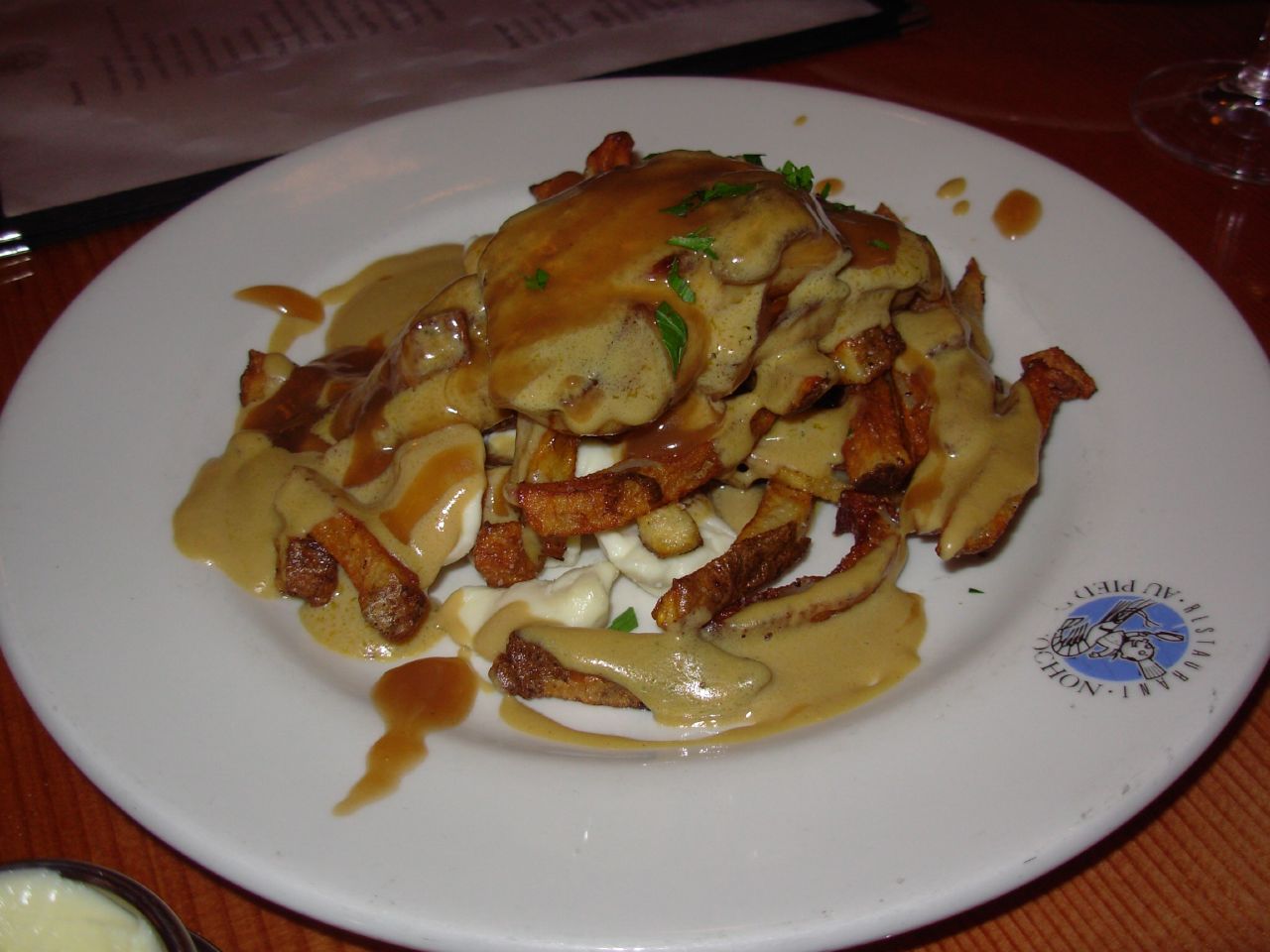 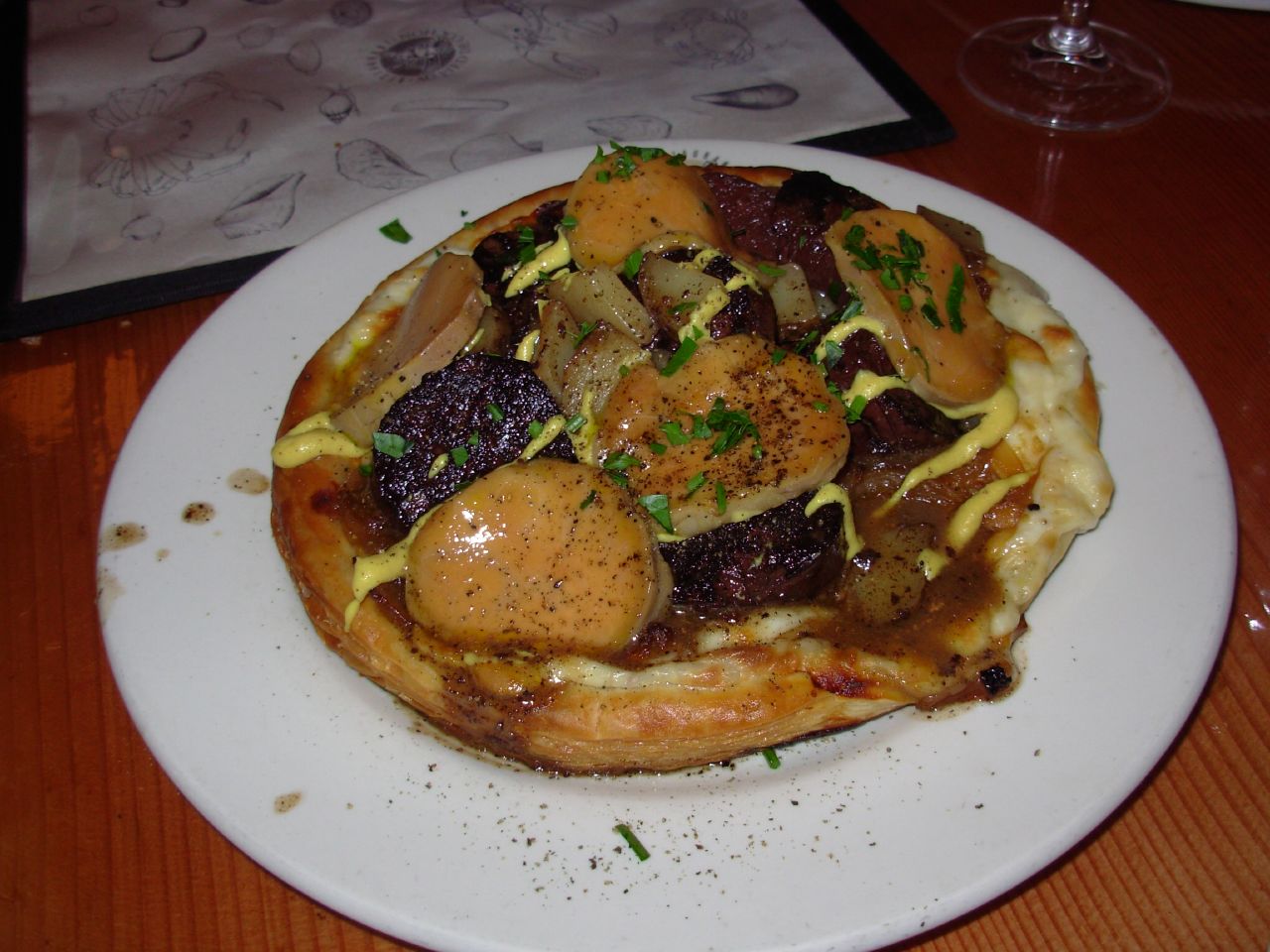 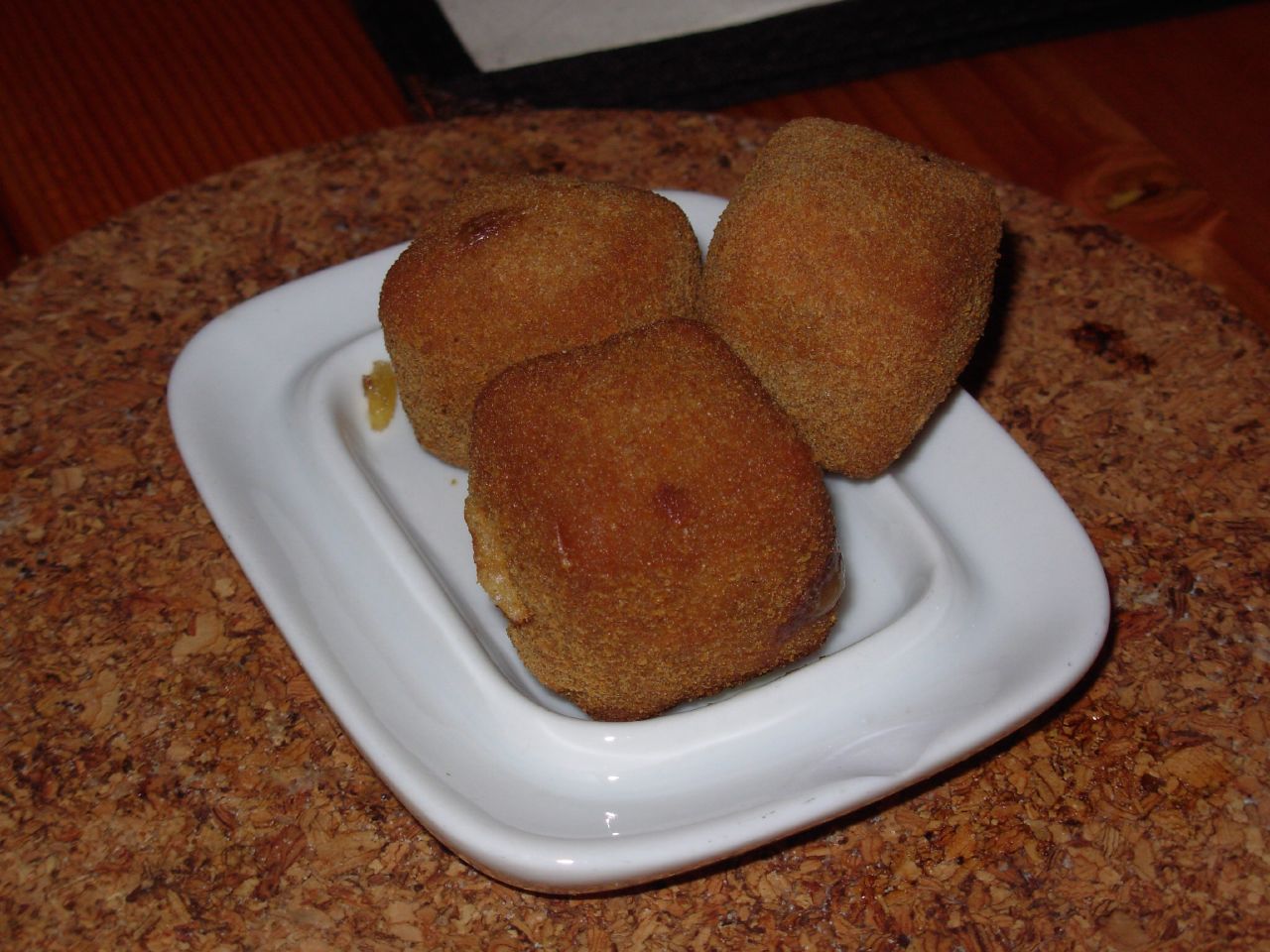 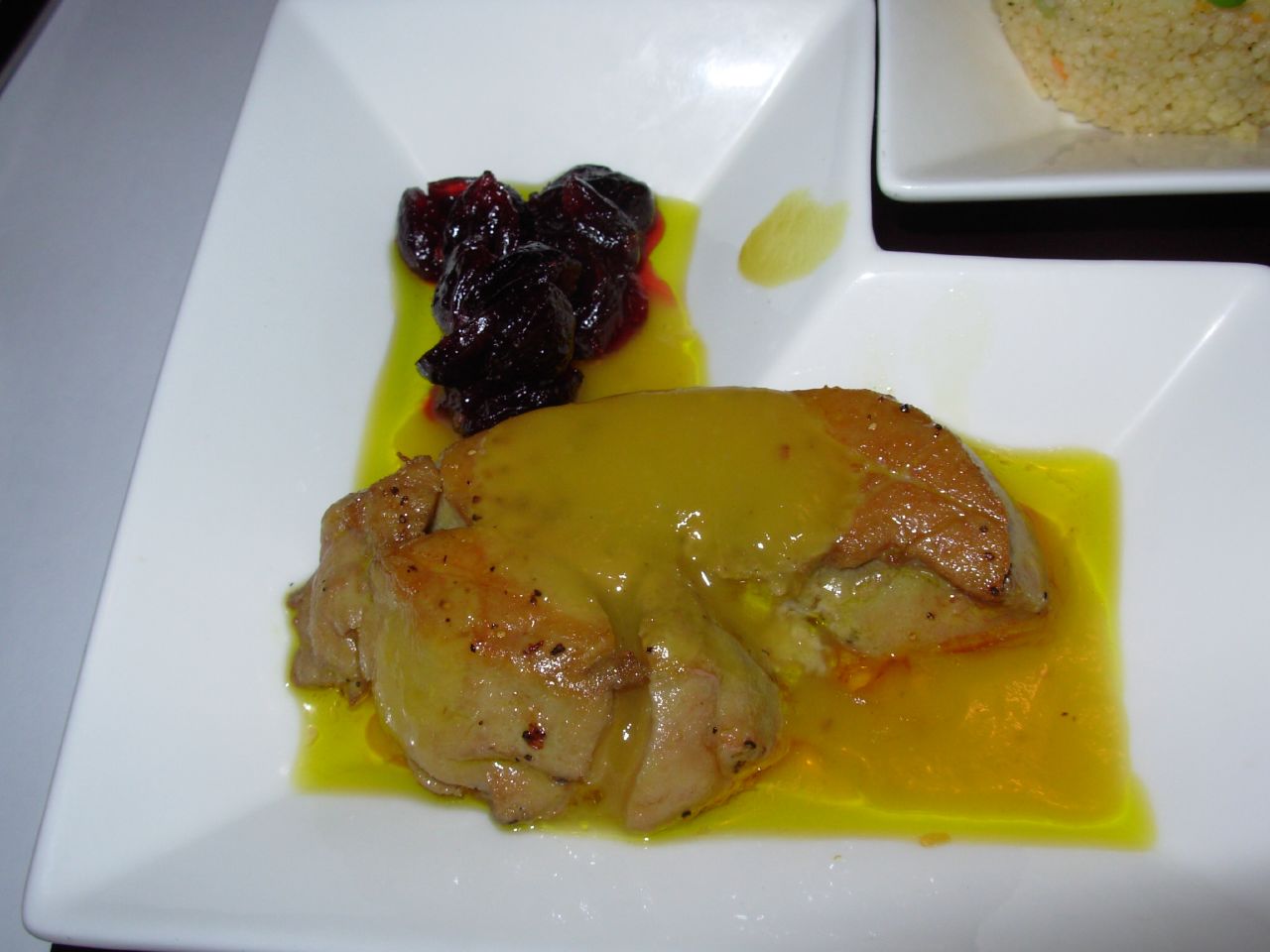 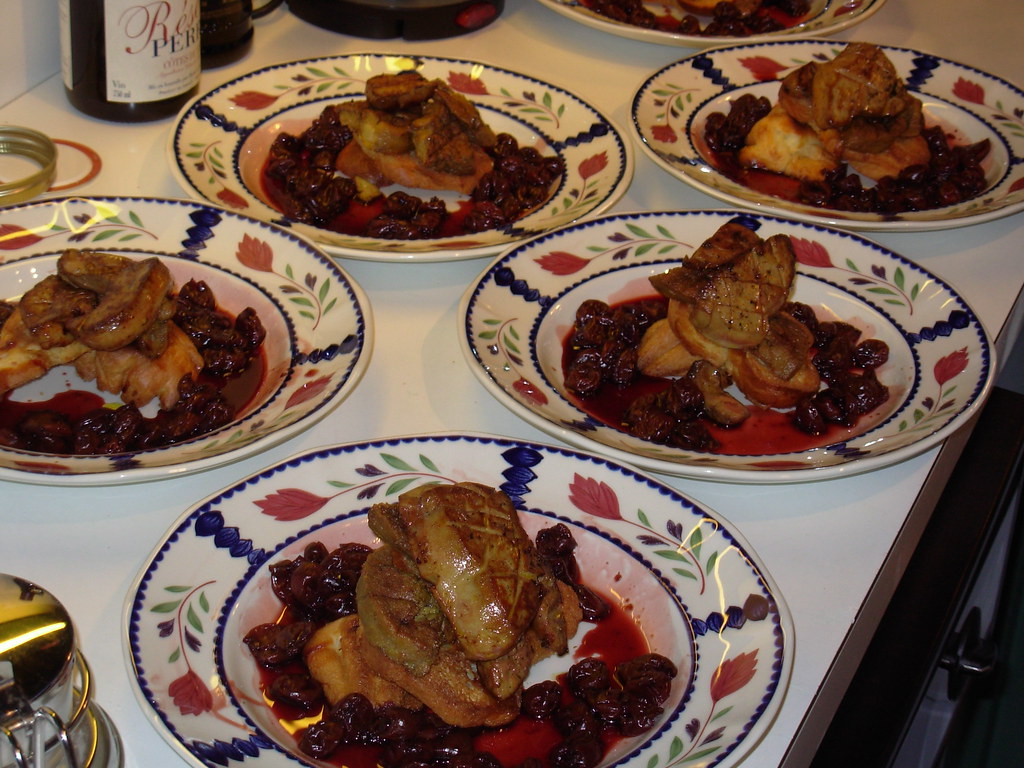 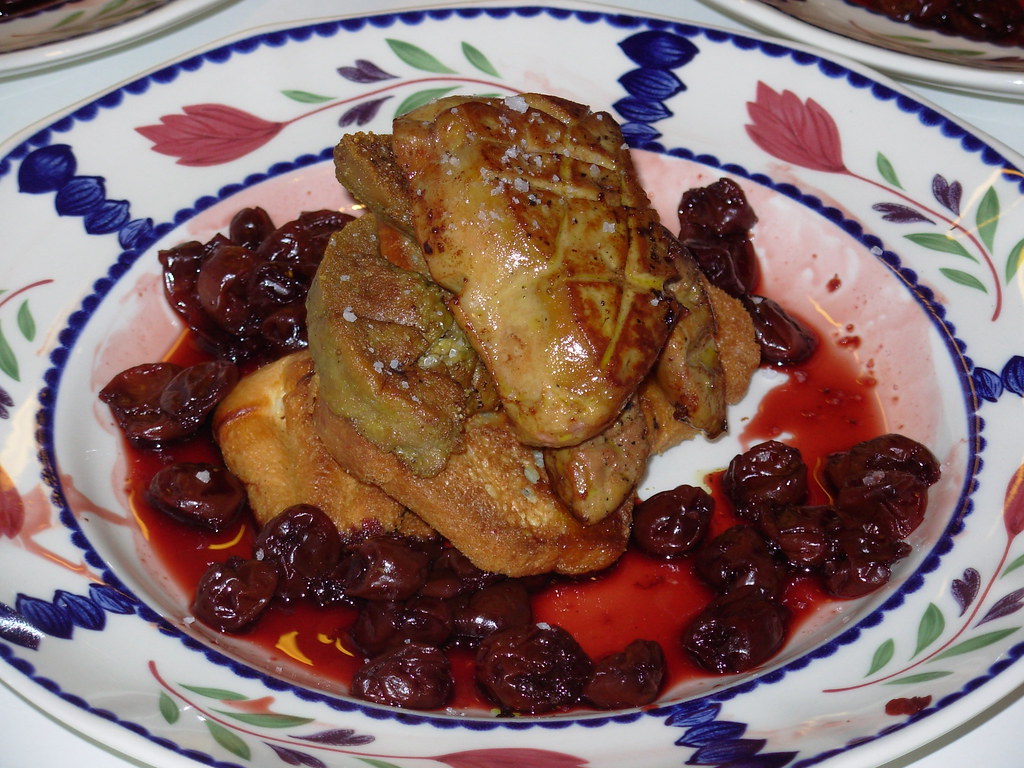 All signs point to *yes!*

daddyiwantchocolate said:
There are only three places I've had foie gras recently that were actually any good (I suppose the AAA quality the Plunger is referring to).

Two were in Montreal. I basically don't order it here anymore - 2 out of three times I'll just send it back so it's totally not worth it.
Click to expand...

was one of them AU PIED DE COCHON in montreal?

i checked that place out after reading a recommendation in the restaurant thread. that place is designed for the ultimate fois gras lover.
D

Yup. The other was Toqué!

The quality of foie that they used was unreal, especially given the quantity they provided.

I have to say their presentation was totally boho (read: traditional). The guy next to us had his meal arrive and he remarked "It kindof looks like someone threw up on my plate." I glanced over and yep - looked like he got served a plate of hot vomit.
B

Klubmasta Will said:
was one of them AU PIED DE COCHON in montreal?

i checked that place out after reading a recommendation in the restaurant thread. that place is designed for the ultimate fois gras lover.
Click to expand...

I love the episode of No Reservations when Tony Bourdain eats there.

"Keep feeding him foie. When he dies, stop."