I learned a lot yesterday with this simple post.

But I think it's still pathetic that it's such a big deal. And I hate the fact they scan all the black people in the crowd when the awards are given to the "black folk" ...

It's pretty sad that it's taken all these years to finally have an actress and actor win for best roles.

I stated I'm glad that a good actor/actress won an Oscar for their work.

Then I stated I found it pathetic that it's such a big deal because they are black. The award is based on talent not skin.

I was mearly poking fun at Hollywood and poor camera work IMO.

Yet I was singled out because I posted a "racist" topic. To get people's attention and call out some discussion. With over 2000 page views in less than 24 hours I guess I brought up a hot topic.

I feel it's my time to truly retire from these general forums, no this is not a sympathy plea. Nor a Kenny's Quitting again message.

It's just a message to say I'm quite surprised how I was praising black people's work in film and laughing at how hollywood treats it, yet I'm the racist. And I'm sick of people thinking that I'm the same off the board as I am with my stupid posts.

Yes I post stupid things, maybe because I want to?
And maybe I should be concerned? That people think that the people who post here are the exact same in real life?
When most of them I've met are sometimes the complete opposite?

And I found out yesterday people take this shit way too seriously. And when they get upset take pesonal stabs at people.

So this is my good bye to the General Forums...

I think some of you, especially anticlick, Illogistix, Bumbaclat have to learn to take stuff posted on the Internet with a grain of salt...
I've seen tons of stuff that has offended me on this board, and other websites... but I could care less it's a faceless means of communication.

I give him till around lunch..

Dave
p.s. that did get a little outragious yesterday
F

it does sound like a sympathy and quitting again message. you said you were quitting on the board during the day a couple of weeks ago. what happened there?

why do you care? who gives a shit what they think.

Kenny, honestly, I say this as a friend, everytime you do this, you make yourself look like an idiot. You open yourself up for people to mock you. And you can say you don't care, but I know it hurts you. If you would just think about what you post, before you do it, and think about what you say and do in real life, you wouldn't have this problem.

I know you're a good guy, you just don't seem to be learning from life, like you're supposed to. Like everyone is supposed to. I feel sorry for you sometimes. I just wish you would listen to what people have to say and stop acting like you're so untouchable.

we weren't attacking you personally, dude (well at least i wasn't), we were just pointing out something that we noticed. no big deal.

yes, this is the internet, but it's hardly an anonymous faceless medium given the fact that you have met a large portion of the regular users and the fact that there are probably 2 degrees of separation throughout the entire membership.

if you inadvertantly piss someone off, it doesn't hurt to apologize. an apology goes a very long way. (unfortunately, far too many arguments are drawn out needlessly because people feel they will lose face if they apologize. that's so silly.)

^^^ aight, that sounded awful preachy so i apologize. (see how easy that was?)

Pr0n, it wasn't the message itself which upset people but the title of the thread (which I see you have omited from your cutting and pasting.

To make matters worse when people questioned your motives for using an imflammitory word you copped the 'I'm from the street and cool enough to call my black homies by the N-word.'

You were remorseless in your uncooth behaviour and even placed a chip on your shoulder because of a bruised ego. That's why this relatively harmless matter blew up into the proportions it did.

If leaving serves you then take care. However, perhaps there are other things one can learn from this incident and thereby prevent it from becoming a total wash.

Originally posted by Klubmasta Will
^^^ aight, that sounded awful preachy so i apologize. (see how easy that was?)

i've stayed totally out of this thread cause i knew it would get pretty ugly pretty quick, just like the swastika thread...but kenny, dude, did you not expect people to jump all over you with that thread title?

dude, never once did I call you racist or doubt the content of your thread. But are you trying to tell me that you couldn't come up with a better title then 'yeah for the negros?' From the title itself what does it suggest about the theme of the thread; it has quite a mocking tone.

Not only does it suck that 1 dumb thread has turned into 2 dumb threads, it also sucks that Kenny makes quitting the board a quarterly event... thus increasing the cry-wolf factor for other potential quitters.

And so, I present this thread with the SUCKY award of non-merit: 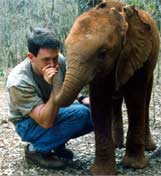 ahhh... nothing like waking up in the morning with my cup of coffee and a dose of tribe drama...
L

I saw Training Day yesterday since i took the day off - had to check it out to see if Denzel won it on merit.

I thought his performances in Hurricane, Malcolm X, Philadephia, and even He Got Game were WAAAAAAY better. I haven't seen Monster's Ball, but the reviews all point in the same direction : Halle fully deserves her Oscar. When Halle won, everyone thought she deserved it. When Denzel won....makes you wonder. Russell Crowe's performance DEFINITELY kicks Washington's ass - but they can hardly award HIM the Oscar.

Anyway, I know I'm a day behind with my useless 2-cents, but I wasn't at work yesterday and missed the fireworks. And I just HAD to put in my share of useless commentary!

I'd like to put ten bucks on "Who gives a fuck" You're quitting again? I guess I'll see you tomorrow.

Yeah for the Negros!

Retards: What have you done for me lately?

A pat on the back to all Poor, lower-educated families!

.StEEvEEdEE.
-Other titles you might like think of staying away from-
-Yes, even if you ARE joking-

Originally posted by Libradragon
He Got Game
Click to expand...

a totally underrated movie & perfect for watching on a snowy day like today...plus public enemy do a great job with the title track...


a totally underrated movie & perfect for watching on a snowy day like today...plus public enemy do a great job with the title track...

Bass, How low can you go? Death row. What a brotha know?
Once again, I'm back here with the incredible.Rhyme animal....
M

Bass, How low can you go? Death row. What a brotha know?
Once again, I'm back here with the incredible.Rhyme animal....
Click to expand...