I am looking for some suggestions here. I get pretty sick of the standard rum and eggnog after the first few sips.

What are your favorite holiday drinks / recipes?

One that I was suggested that I want to give a go is Mulled Wine.

This smooth-drinking white wine– and cognac-based punch is inspired by one described in a poem by the 17th-century English army captain and courtier Alexander Radcliffe. As with many punches, this one tastes the best when chilled by a single large block of ice instead of fast-melting cubes, which water down the punch too quickly.

1. Using a peeler, peel lemons, taking off as little white pith as possible. Transfer peels to a heavy bowl; reserve lemons. Add sugar; use a muddler or a wooden spoon to vigorously crush sugar and peels together until the sugar turns faintly yellow and slushy.

2. Juice the reserved lemons and add the juice to the bowl along with the peels. Stir until the sugar has dissolved completely. Set a fine-mesh sieve over a punch bowl; strain the lemon and sugar mixture into the punch bowl; discard solids. Stir in the wine and the brandy. Chill. To serve, stir in water and place a large block of ice in the bowl. Garnish with nutmeg.
Click to expand...

The tears of disappointed children on Christmas morning.

G3N3R4L said:
I am looking for some suggestions here. I get pretty sick of the standard rum and eggnog after the first few sips.

What are your favorite holiday drinks / recipes?

One that I was suggested that I want to give a go is Mulled Wine.

Love me some mulled wine!


I made a cocktail with PC's chocolate egg nog. Call it the Chocolate Egg Nog Mudlisde. It's going to be a holliday favorite.


Shake over ice, and serve in a martini glass. Finish with fresh ground nutgmeg
S


I made a cocktail with PC's chocolate egg nog. Call it the Chocolate Egg Nog Mudlisde. It's going to be a holliday favorite.


Shake over ice, and serve in a martini glass. Finish with fresh ground nutgmeg
Click to expand...


Although the price has gone up this year...
I

after the last few days and few I have left (boo to working next Mon AND Tues) anything with an alcohol content will suffice.

mull some apple cider and add Jack Daniels. Or just drink JD from the bottle.

last night, i shook up some frostbites.

Shake with ice, strained into a cocktail glass.

defazman said:
Or just drink JD from the bottle.
Click to expand...

Just picked this up, hope it survives the trip out west.

or Baileys and coffee (pretty much anything with bailey's would work) 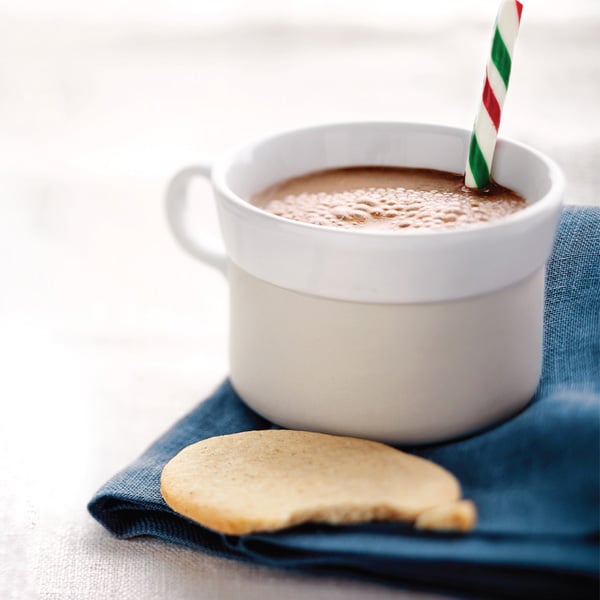 
Yeah it’s cold as fuck outside but that’s no reason to fight over the thermostat. Instead, head to the kitchen and regulate your body temperature with this toasty toddy. GRAB A BIG ASS BLANKET AND POUR YOURSELF A GODDAMN HUG IN A MUG.

1 tablespoon maple syrup (whatever liquid sweetener you got
will do)


Bring the water to a boil on the stove with a kettle or whateverthefuck else you use. In a large measuring glass or heat-safe pitcher add the grapefruit juice, bourbon, maple syrup, and cinnamon sticks. When the water is boiling, pour it into the pitcher, add the tea bags, and cover that motherfucker to keep it warm while the flavors mix. Let the tea steep for 3 minutes. Take out the tea bags and cinnamon sticks and serve that shit immediately.


Makes 2 drinks or one big ass cup of comfort
Click to expand...

my gf sent me that one today....looks amazing.


INSTRUCTIONS
1. Make the simple syrup: Combine the sugar, water, cloves, and rosemary in a saucepan over low heat. When it reaches a boil, remove from heat and let sit for 30 minutes. Strain into a jar and store in the refrigerator until use. Will yield enough syrup for approximately 5 cocktails.

2. Make the puree: Slice the pears and combine with lemon juice and rosemary in a blender. Blend until smooth; gently strain mixture through a fine-mesh sieve and discard any solids. You will have roughly 1 cup of puree, which makes about 5 cocktails. If not using right away, the puree can be frozen in an ice cube tray and then stored in an airtight contained in the freezer to be used for individual cocktails in the future.

3. Combine the puree, syrup, lemon juice, and gin in a cocktail shaker over ice. Shake vigorously until chilled. Pour into a High Ball or Rocks glass and top with a small splash of sparkling wine or soda water. Garnish with rosemary to serve.
Click to expand...

Bacchus said:
my gf sent me that one today....looks amazing.

pretty close to a version i do at my restaurant. add a 1/2 ounce of pear vinegar, 6 shakes of Angostura and top with ginger beer.

G3N3R4L said:
I am looking for some suggestions here. I get pretty sick of the standard rum and eggnog after the first few sips.
Click to expand...

Whoever came up with the idea of rum and eggnog could have used a short bullet to the head.

Eggnog. Think of it. Is there a reason we only drink it one time a year? Could it be because it's disgusting?

anyone> "Hi, could I get an eggnog and gin please?"

I mean without checking the internet, what is eggnog? Eggs and cream? That's gross. Who would drink that on purpose?

No of course the standard holiday drink is the same standard drink all the time. Beer. Now during the holidays you may get experimental with beer, you know, you might splurge and put at least one foot into that Belgian black hole whilst pulling out something unpronouncable. That's ok, in fact, it's encouraged.

Someone mentioned mulled wine. In German this is called Gluewein. It's basically wine with spices like cinnamon and cloves added, then heated. Again there's a reason we don't drink this all year, because it tastes gross. One time I was in Germany and someone gave me six or seven bottles of Gluewein and I took it because I'm an alcoholic. And I carried that shit in my backpack for weeks before finally ditching the last couple bottles on a "beach" near Hamburg.

Rather, quite regular wine is much more enjoyable and readily available all year. We're blessed in this area to have a wide selection and, although it doesn't get much mention internationally, aside from ice wines, Canadian wines can hold their own against foreign steadfasts, whether it be Okanagan valley or Niagara (aka Grimsby... grrrr I hate Grimsby). One should be careful however, as wine works in mysterious ways.

Which brings us of course to hard liquor. A circular discussion I suppose, as eggnog is only served with the hard liquor of the sugar cane (at best). But the standard fare applies well here: gin, maybe vodka; that's all I like at the best of times. This whole genre of booze is straight up dangerous.


Although the price has gone up this year...
Click to expand...

i just did a favour a few weeks ago for a vp at muskoka and he paid me in winter beard. fair trade
B

rudebwoy said:
pretty close to a version i do at my restaurant. add a 1/2 ounce of pear vinegar, 6 shakes of Angostura and top with ginger beer.

and i have an addiction to the bailey's biscotti flavour...

Simmered up a delicious batch of hot toddies yesterday & shared with friends... it was very well received (esp cause 1 had a sore throat).

Will whip up some ponche de creme this weekend. Similar to eggnog but much more potent.

Warm rum chata is quite sweet but still very soothing (grate some nutmeg on top for added fun).