A dating website for married people who want to cheat on their spouses is being sued by a former employee who says she damaged her wrists typing up hundreds of fake profiles of sexy women.

Doriana Silva is seeking $20 million from Ashley Madison for what she calls the company's "unjust enrichment" at her expense, plus another $1 million in punitive and general damages.

In her statement of claim, Silva — a Brazilian immigrant living in Toronto — says she was hired to help launch a Portuguese-language version of the site and promised a starting salary of $34,000 plus benefits.

She was soon asked to create 1,000 "fake female profiles" meant to lure men to the new Brazilian Ashley Madison site — and given only three weeks to complete the work, the document alleges.

"The purpose of these profiles is to entice paying heterosexual male members to join and spend money on the website," it reads.

"They do not belong to any genuine members of Ashley Madison — or any real human beings at all."

The allegations have not been proven in court and Ashley Madison has yet to file a statement of defence.

The company, which describes itself as a dating service for married people, did not respond to requests for comment.

In her claim, Silva says she didn't question her assignment, and no one at the company suggested there was anything "unlawful or improper" about the alleged phoney profiles.

In fact, she was led to believe "that doing so was some sort of a normal business practice in the industry," it says.

Had she been aware of the "ethical and legal issues arising in relation to online fraud," Silva would have turned down the work, she alleges in the document.

Creating the profiles "required an enormous amount of keyboarding" and Silva developed severe pain in her wrists and forearms, the claim says.

She alleges company brass ignored her complaints and her request for a wrist rest.

The pain soon made it impossible for Silva to do her job and she has been unable to work since 2011, the document reads, adding she "remains seriously disabled in many if not all aspects of her life."

In her claim, Silva says the company has refused to grant her workers' compensation or insurance despite an earlier agreement she would be covered, and the costs of physiotherapy and other treatments are adding up.

"Doriana's injuries are permanent and her prognosis is uncertain," the document says.

The suit was filed last year but stalled while the company petitioned the court to strike references to "ethics" and "unethical practices" from the statement of claim.

But a Superior Court judge found the references necessary to describe "the factual context in which the injuries were sustained," a decision that was upheld on appeal this month.

Silva's lawyer, Paul Dollak, said while compensation for personal injuries is usually calculated based on how much that person has suffered, his client is instead seeking a share of the money earned through the profiles she created.

On its website, Ashley Madison says it does not pre-screen members and can't "guarantee the authenticity of any profile," warning that "anyone who is able to commit identity theft can also falsify a dating profile."
L

On its website, Ashley Madison says it does not pre-screen members and can't "guarantee the authenticity of any profile," warning that "anyone who is able to commit identity theft can also falsify a dating profile."

Right. They can't guarantee that some person is going to make up a fake profile but it's a completely different thing when the company itself is creating those same fake profiles. I always knew there was something fishy about some of those profiles. Especially the ones that send you a message that YOU have to pay to view.

heaven forbid that people who intend to cheat on their spouses should have to contend with a little dating profile astroturf in the process.

dammit, how am i supposed to cheat on my spouse with all these obstacles???
L 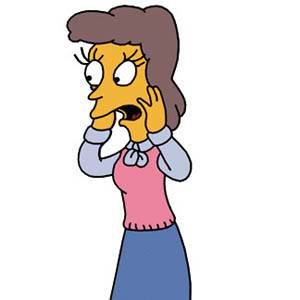 WON'T SOMEONE THINK OF THE CHEATERS?!